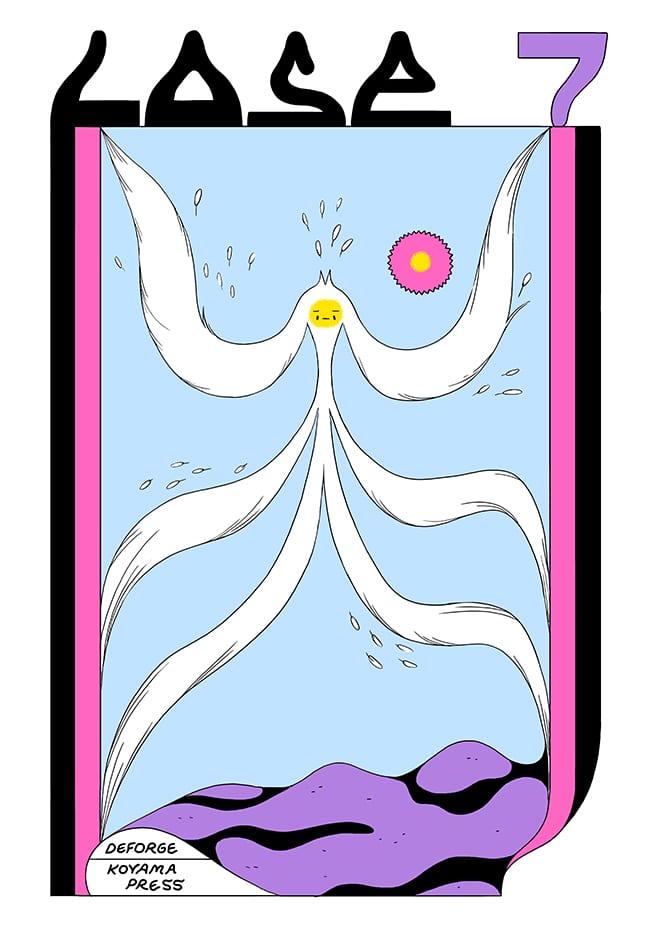 Michael DeForge said to me that he sometimes wished he could draw looser; he considered his style stiff, and overly traditional. His comics do veer towards a classical sense of staging. Characters move in full-body profile views through flat horizontal pathways or isometric diagonals, recalling 16-bit video games. But the “dryness” of Michael’s layouts acclimate readers, and allow them to digest the “wetness” of the visuals. In one story from Dressing, a little see-through man sits inside a bigger see-through man’s head, and attaches his pupils to the larger chump’s. “What kind of opthamologist are you?” the regular-sized guy asks, and the reply goes, “The tiny kind. I drilled small holes through your faulty eyes so I can look out of them with my (excellent) eyes.” 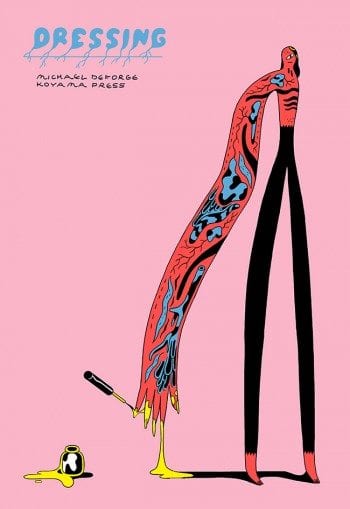 Transformations and power imbalances guide DeForge through Lose #7, the new issue of his one-person anthology comic; and Dressing, a collection of shorts and a successor to his 2013 collection Very Casual. Both come from DeForge’s regular publisher Koyama Press, and the crisp printing comes as a relief after the fuzzy image quality on DeForge’s Lose collection A Body Beneath. Dressing sports textured cream paper in a pink hardcover, looking like an answer to DeForge’s precious salmon-colored D+Q book First Year Healthy. Its small size comes with the drawback of unnecessarily tiny text, but one story in the letter-sized Lose shares the same problem.

The stories over the two books span a number of modes and formats in order to explore different vantage points on the breaking down of bodies and roles within interpersonal relationships. Lose opens with a little girl in pigtails who scrunches up her face in big thick lines, and sweats as an unseen voice prods her. Her head balloons, growing gigantic with rage. The voice says, “What makes you angriest?” and as her head expands to fill the panel, she says, “My friends!”

The more time one spends in DeForge’s world, the more the strange visuals reveal themselves as a natural unfolding of the characters and stories, and vice versa. “Actual Trouble” in Dressing follows a couple, Jason and Wattie, who encounter a problem when nothing and no one can bring down Wattie’s erection. The two sweat through the story. They’re always fucking or about to fuck or they just fucked. Jason’s skin is neon green and Wattie’s is purple, and Jason’s sweat is purple and Wattie’s is neon green. The colors suggest that they lose bits of themselves to each other, in neither purely positive nor purely negative ways.

The plot grows fantastical as the two attempt to help Wattie’s erection down. “They consulted doctors around the world, fucked the doctors, took drugs, sold drugs, fucked cops in holding cells after bribing and seducing them, had celebrities and dignitaries and once a prime minister pressed up against palatial columns, against museum walls, inside limousines, below racks of firearms, below the Liberty Bell, below the Northern Lights.” Above the tiny dry typed serif text, the aurora borealis hangs in the sky, melting, almost sweating. The story returns to two men sharing a bed, lazily jacking each other off, as this weird problem has drained them. A tenderness marks the moment as they exhibit a sort of noble resignation, a hallmark of the attitude that DeForge often likened to one in dream states: you just accept it.

Like the best fairy tales, DeForge uses transformation and strange situations to enter a side door towards human cruelties and tendernesses, betrayals and quiet loyalties, and the confused paths through which we navigate our desires. 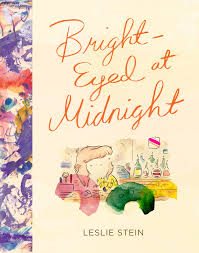 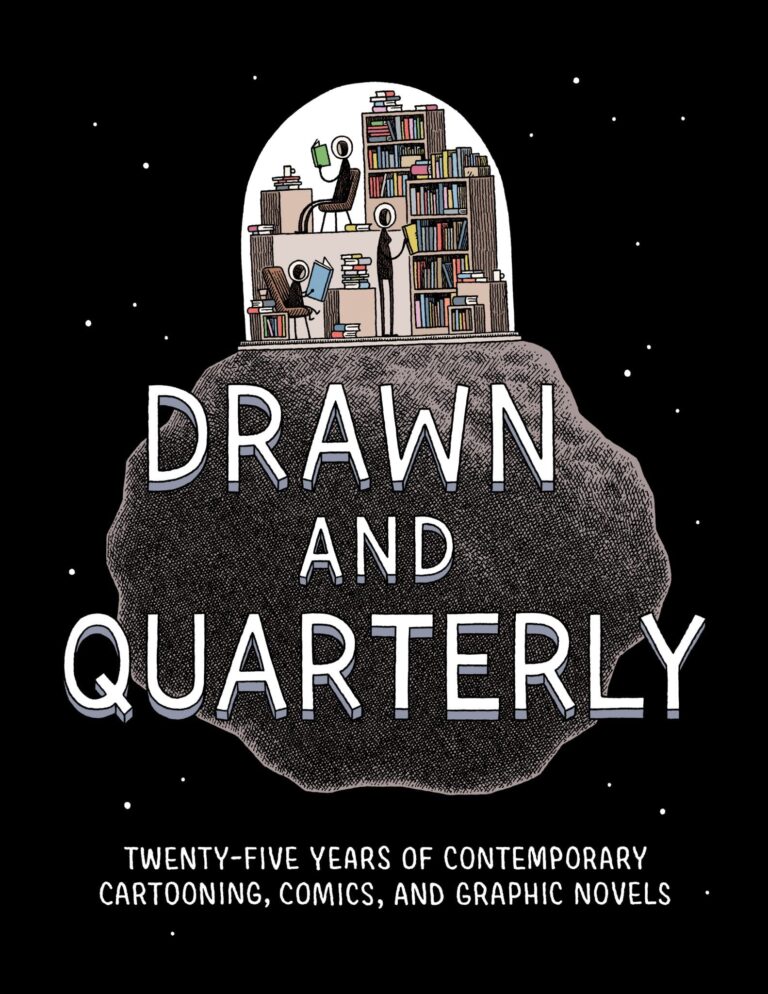