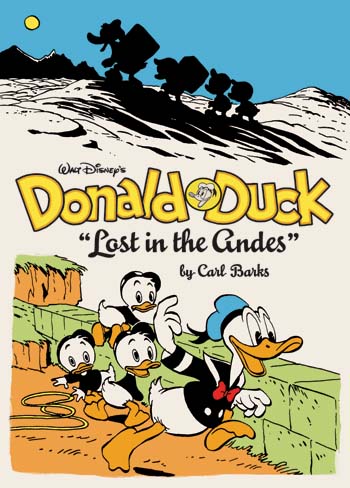 What George Herriman is to the American comic strip, Carl Barks is to the American comic book: an amiable and modest creative genius who--as Donald Ault writes in his introduction to Lost in the Andes, Fantagraphics' inaugural volume of Barks' Donald Duck and Uncle Scrooge stories in color--"recognized the power of his talent and the gift life had given him in the opportunity to use this talent to its fullest." Despite an abundance of crises in their personal lives, both of these men, Herriman and Barks, found ways to practice intensely focused, unusually secure careers that seldom forced them to generate commercial work not agreeable with their personalities and compatible with their fertile imaginations. And their work, miraculously, never seems, never is, dated.

Beginning in late 1942 and continuing until his retirement in June of 1966, Barks produced, anonymously, over 500 comic book stories, roughly 6,000 pages, that he wrote, lettered, penciled and inked with "virtually no editorial supervision" by the notoriously brand-conscious Walt Disney organization. It's amazing, as is Ault's (and many others') assertion that at one time Carl Barks was "the most widely read but least known author in the world." That choice of noun--"author"--is dead accurate. Bark was a technically great cartoonist--his draughtsmanship was keen, lively and organized, the flow from panel to panel as liquid, as surprising, and yet as inevitable as a melody--but he was, above all else, a fabulous storyteller. The art of narrative was encoded in the man's genes.

Whether the project was a one-page gag sequence set in a department store, a 10-page short story set in a TV studio or a 30-page adventure set in Africa or a South Seas archipelago, Barks introduced, with economy and clarity, the premise, the stakes, the characters, the incitement and the potential for antagonism; then once everything essential was in play, he crafted scenes and episodes, each one escalating from the one before, that pulsed with visual and verbal comic energy, illuminating personalities (usually personality flaws)  and abetting a coherent plot that hurtled toward an unforeseen climax and then to a perfect resolution of the story and its theme. Theme, not message.

For all my admiration of Barks' work, I have an embarrassingly poor collection of it. I was pretty broke when Another Rainbow produced its comprehensive but pricey black-and-white Carl Barks Library, and I bought only a smattering of the reprint comics Gladstone published in the 1990s; what I do own and have read and reread over the years is the justly maligned (reconfigured pages, dropped panels, poor coloring) oversized hardcovers published by Abbeville Press in the 1970s. Okay for a Barks fix whenever the cravings came on, but certainly not ideal--so I'd been looking forward to the Fantagraphics series, and I'm happy to say it's being done right. For one thing, this first installment doesn't start at the very beginning of Barks' comic book career (not, in other words, with 1942's Donald Duck Finds Pirate Gold); instead, and smartly, it collects work--4 long adventures, 9 short stories and 7 1-page gags--from 1948 and 1949, a period when Barks was in full control of his gifts. (Appropriately, the title story--the famous "square eggs" story--was Carl Barks' personal favorite.)

Donald Ault's introduction is impeccably done, presenting a succinct but nuanced biography of Barks as well as a fluid survey of his comic-book career, his work methods, and his impact not only on the art of cartooning but on twentieth-century popular culture. It delivers readers to the actual stories with just the right measure of contextualizing (and might, I hope, deliver some of those readers who want to know more to Carl Barks Conversations, edited by Ault, and Carl Barks and the Disney Comic Book by Thomas Andrae, both published by the University Press of Mississippi). An appendix includes selected comic-book covers as well as cogent "story notes" on each of the stories and short gags contributed, with scarcely a trace of professorial reaching, by a number of Barks scholars.

Finally, what I appreciate most about the book--and here's to you, Gary Groth, editor, and designers Jacob Covey and Tony Ong--is that, while it will fit very nicely on a shelf with other handsomely produced hardbound collections of classic comics, it also has the durable (but shiny!) look and feel of something made and meant for children. You can read the stories and the editorial matter; kids can read the stories. (Or just look at them.) I like to think that Carl Barks, an unpretentious storyteller who created for an audience of children whose intelligence, ingenuity and decency he never doubted, would approve and be gladdened by how his work, this time around, is being put back out into the world. 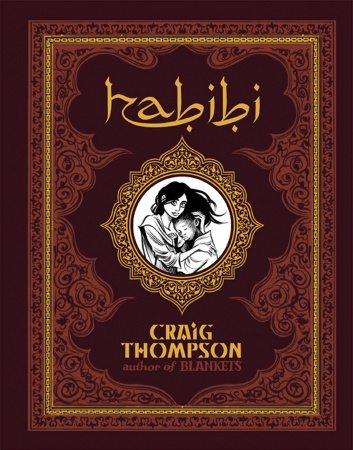 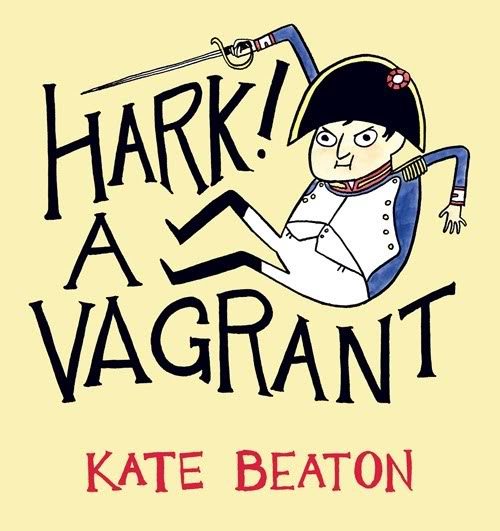