Dog City is part anthology, part art object, part stunt, part value-added merchandise, and all comics. What makes it more than a stunt is the overall quality of the comics within, which range from good to excellent. The concept behind Dog City is to put a lot of different comics and art objects into the hands of readers without simply jamming them all into a single anthology. So it begins with a screenprinted box that has a couple of comics on it and inside of it, and tissue paper used for packing that also has images on it. There are beautiful, dog-related "art cards" (small prints) by Caitlin Rose Boyle, as well as a poster by Christina Lee and patches by Ian Richardson. While these are not relevant to the project's status relating to comics, they are part of the overall aesthetic of hand-printed, tactile objects.

Editors Juan Fernandez, Luke Healy, and Simon Reinhardt are all students at the Center for Cartoon Studies who extended their reach a bit for this project. In addition to the above items, there are also eight minicomics, a minicomics anthology, and a magazine about comics. CCS is certainly represented, but not just by current students. Faculty member Steve Bissette, for example, reprinted and reformatted "Sand Papel", a story he did for another CCS anthology called Tales of San Papel. Bissette hasn't done many comics in recent years, but this one is very much in line with the sort of scratchy, gritty horror comics he did so well in the past. Reformatting the comic to landscape and keeping it to just two panels per page allowed the story to breathe a bit more and creep into the reader's consciousness.

Former faculty member Jon Chad contributed a typically meticulously-drawn and hilarious genre send-up in Bud Sinclare's Death Speech. It's landscape-formatted but is meant to be read as a downward-scrolling comic, not unlike his Leo Geo books. This is a comic about pulling the rug from under readers multiple times with a series of look-aways that get progressively sillier. In a project filled with serious or horrific stories, Chad's story adds some needed levity. Of course, the horrific stories aren't without their own moments of dark humor. Take CCS fellow Connor Willumsen, for example. Passion Fruit is a story of a man laying naked on his deathbed and the various religious figures who happen to visit him, including a Kirbyesque armored figure (the angel of death?), a nun who won't stop talking, and cameras relaying the whole event to a muscular angel. This is a visceral and uncomfortable comic that is ultimately about dignity, and how the nun's hilarious attempt at providing final dignity for the man literally finds the angel burying his head in his hands.

CCS students are well-represented here, of course. Reinhardt's Dead Rappers and Aaron Shrewsbury's Bot are the weakest comics in the bunch. Shrewsbury's comic about a robot trying to gain entrance into a house and getting caught in a paradoxical loop is nice to look at but lightweight. Reinhardt's comic has a fascinating idea (a cult devoted to dead rap stars and a film crew trying to prove it), but his ability to draw his idea effectively is hindered by his limited skill set as a draftsman. The heavy use of zip-a-tone effects and a digital font doesn't help matters any, as it makes his crude but labored line look even more out of place. On the other hand, Fernandez's Dailies (a pile of double-sided, single page square strips held loosely in a cardboard sleeve) makes great use of the DIY format. The pages can be read in any order, and the looseness of his pencils reflects the looseness of the format, but the strips themselves are all thematically strong and bold on their own. His restrained use of pastels in particular makes his strips a pleasure to read, but his poetic ruminations on family, love, fantasy, and moments both large and small help this group of four-panel strips add up to more than the sum of their parts. It's an expression of an aesthetic worldview.

The two best minis in the box are Luke Howard's Trevor and Rachel Masilamani's Selfies. Howard's diary comic of a man trapped in a cabin with his pet rabbit is a hilarious, disturbing and engrossing tale of psychosis, as he comes to believe that the rabbit is not only sentient, but out to kill him. The final punchline of this elegantly and sparely drawn comic is especially effective, as the reader becomes aware that most of the diary's entries are eventually redacted. Masilamani won a Xeric grant in the late '90s and put out a couple of issues of the self-published RPM Comics and has only worked sparingly since. Fernandez's connections to the Pittsburgh comics scene brought Boyle, Lee, and Masilamani into the mix, and the latter's comics are just as thoughtful and clever now as they were when she started. "See What I'm Saying" is one of my favorite stories of 2013, as she reflects back on a childhood dare to shut up for five minutes, how she found herself as a child with the constant urge to tell stories, and how she is facing the concept of mortality. The heavy narrative bent of the text nonetheless lightly plays around its images, commenting on them in oblique ways while never directly addressing the fear of breast cancer. "Selfies" is a series of amusing, marvelous drawings of women taking photos of themselves with their cameras. "Move It" is all about a series of interactions between a zaftig teenager and the new boy in her building. Her verisimilitude and restraint regarding the way teens act is remarkable, and she quickly manages to create a youth-dominated world in the way that the Hernandez Brothers might. There's a sense of getting all the details right, which gives the reader trust before the story's final, painful payoff.

The anthology in the set, Launch, features stories about the reaction to the presence of an alien race on earth called the Wai Sheen Ren and a subsequent voyage to their planet by earthlings. Rather than directly wrestle with these plot points, each of the four artists tells a story set in a different part of the world regarding the reaction of ordinary people to the launch. The hilarious and cynical Iris Yan tells a story of a con man selling fake lottery tickets to get on the spaceship to those desperate to get on. Sara Sarmiento depicts the tale of a New York photographer fed up with the constant media bombardment regarding the launch, selling photos as a result of her stance. Luke Healy's Dublin segment concerns two young women desperately trying to find alcohol to take to a launch party, until they finally befriend an alien with a six-pack of beer. Ben Evans' LA story naturally involves a screenwriter who writes about the aliens coming to earth; her story is naturally butchered in the process, though even the Wai Sheen Ren are curious to see it. Finally, Will Payne's Tampa story involves an alien getting a job at a convenience store (and yes, that joke is addressed) and the sort of funny observations a newcomer to earth might have about American culture. None of the stories are especially visually striking, but all of the stories are effective in their own way, as they mix racism, fame, pop culture, hope, and cynicism into one big stew.

Finally, the Dog City Magazine is a compendium of interviews, reviews and anecdotes. Bissette's article about meeting Bob Kane in the early '80s is especially amusing, especially Kane's insistence that all of the artists who ever drew Batman (including Neal Adams) were merely his "assistants," and that he drew all of the images himself. Eleri Harris's interview with Simon Hanselmann gets at the roots of how growing up in Tasmania affected Hanselmann as a person and an artist. Reinhardt's interview with Willumsen is fascinating because the artist straddles the world of mainstream comics and highly personal, strange comics. The reviews of Jason's Hey...Wait (by Ben Smolen) and C.F.'s Mere (by Reinhardt) are clearly from an artist's point of view and are as much about trying to take them apart to find out how they tick as they are a measure of their worth as comics. Overall, I admire the ambition and reach of the editors, who took great pains to make every aspect of this project eye-catching but also substantial in its actual content. The way so many of the artists stepped up to provide their best material is clearly evident here. 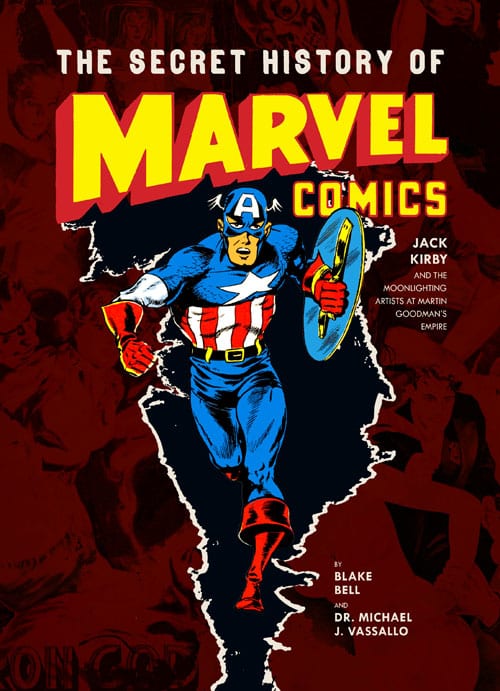 The Secret History of Marvel Comics 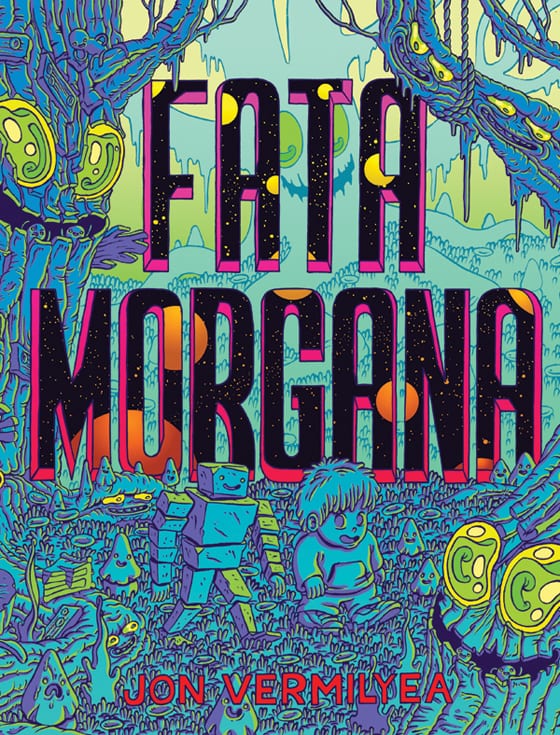