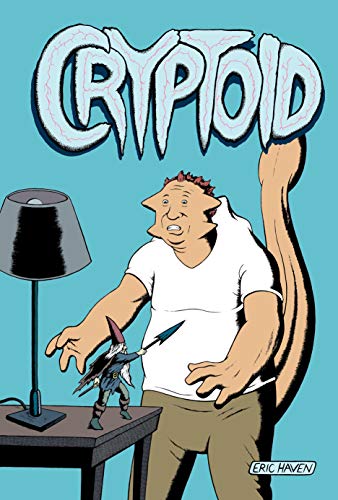 Sometimes the publishing format of a comic book or graphic novel—its dimensions, its paper stock, the (lack of) quality of its printing—does a disservice to the material inside. Over twenty years ago, after reading a “Eurocomics for Beginners” column in the print Comics Journal where Bart Beaty praised the work of David B., I bought the first two volumes of L’Ascension du haut mal (1996, 1997) in French, despite the fact that I didn’t know the language. The L’Ascension books were 22cm x 29cm, the size of a typical bande dessinée album, considerably larger than the typical American comic book, and I loved how the big format gave B.’s symbolic black-and-white drawings haunting impact. A few years later, in 2005, I eagerly awaited Pantheon’s translation and compilation of the complete run of all six L’Ascension volumes into a single book, but I was disappointed that Epileptic shrunk B.’s pages to about half the size of their original publication. (Also, the inks of the Pantheon collection are grayer and less vibrant than those of the French L’Association printings.) For me, B.’s art loses too much power when reduced, and I hope (probably against hope) for an English-language version in the original format someday.

Long-time fans can probably come up with their own examples of misguided printings and reprintings: garish computer coloring, the “Theaksonizing” of early Simon-Kirby stories, massive omnibi where art vanishes into the gutter between pages, Tintin albums shrunk down to pocket size. Drawn & Quarterly’s Collected Doug Wright embalmed the humble charm of Wright’s cartoons in 2009, while their Nipper paperbacks stuck to the horizontal dimensions of the strip and are compact enough for actual kids to read and re-read the books and share them with their friends. 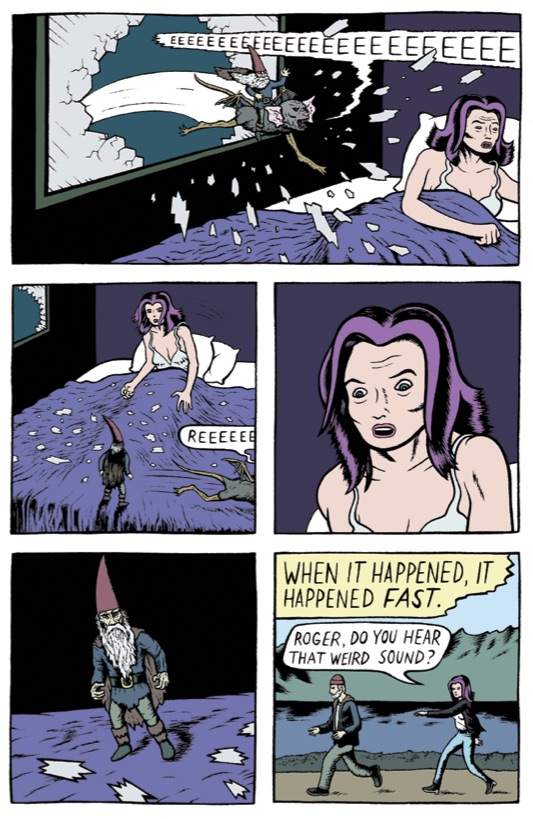 I mention these incompatibilities between comics and their formats because the newest book from Eric Haven, Cryptoid, suffers from a similar problem. Haven has drawn alt-comics for decades now: the career-spanning Compulsive Comics (2018) includes a story that originally appeared as a mini-comic in 1996. Haven’s art also connects to established schools of alternative cartooning. In his winking combination of the inadvertently surreal, kitschy aesthetics of moldy, old comics with unexpected subject matter—one of Cryptoid’s stories features a hawk-headed superheroine who lives in the Washington Monument and pukes fish guts in Donald Trump’s face before squeezing the Presidential balls—Haven comes off like the love child of a Fletcher Hanks / Jack Kirby / Michael Kupperman ménage à trois.

One of Haven’s signature tricks is the juxtaposition of extravagantly trashy pulp culture with mundane characters and situations. In “Bed-Man: Dream-Lord of the Night Sky,” in Haven’s AdHouse collection UR (2014), a man lives a normal life during the day—he drives to work, he goes to a bar, he sits in a recliner—only to become the title superhero when he falls asleep at night. (Even when he’s a hero in his dreams, he always stays in his bed, which flies around and chases after meteors and Martian villains.) In Cryptoid, a short story titled “Box Goes Shopping” features the homicidal cyborg Box from the 1976 science-fiction film Logan’s Run on a run to the store to buy seafood. In the film, Box was originally designed to harvest “fish, plankton, sea greens and protein from the sea,” and Haven’s Box repeats versions of this line during his grocery store trip. Dropping a sci-fi element like Box into a quotidian circumstance is mildly diverting, humorous in a minor key. 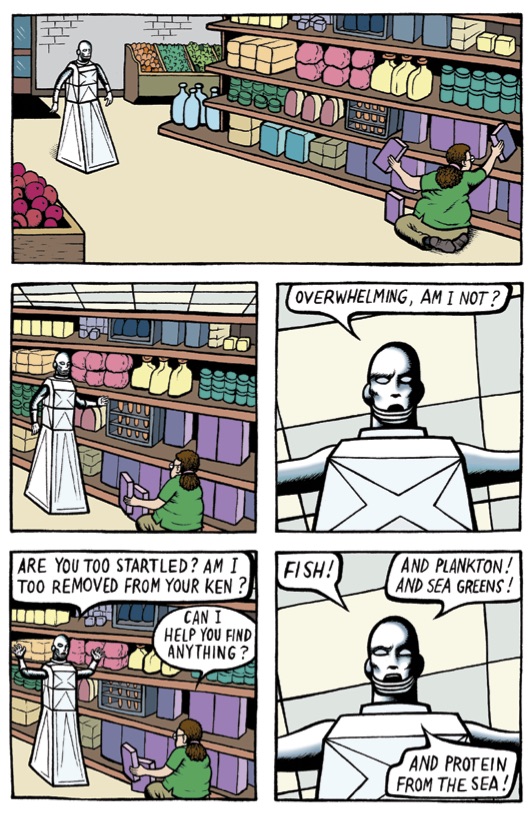 The format of Cryptoid, however, seems out of sync with Haven’s approach; it’s a small, upscale hardcover priced at $19.99. Even the title is printed on the front cover in shiny, textured lettering. Fantagraphics publishes few comic books these days—they’ve found more success in bookstores—but if the company can print the first wave of All Time Comics (Bullwhip, Blind Justice, etc.) as pamphlets, then why not Haven’s work, which seems equally rooted in the excesses and absurdities of old comics? It’s oddly dissonant to read Haven’s goofy homages in a format more appropriate for the publication of a poetry chapbook.

And at the risk of sounding like a whiny philistine, Cryptoid feels overpriced at twenty bucks. The book is 72 interior pages long, and Haven uses large panels and very few words in most of his pieces. One silent 10-page story features a masked hero (villain?) standing on the roof of a building, swinging a broadsword and carving blue, tentacle-like designs into the air: pretty but insubstantial, and a very quick read. The book opens with a giant, Kirbyesque figure hovering in the sky above a restaurant called “Salad Barn”—imagine Galactus haunting a McDonalds—and this Kirby giant returns at the end of Cryptoid, keeping watch over the entire Earth, encased in a pod of pulsing energy. The blue tentacles return too, representing perhaps the chaos outside the energy pod and the giant’s protection of our planet. Or maybe not. I don’t know. It took me about ten minutes to read all of Cryptoid.

To clarify: I don’t equate length with either economic value or artistic accomplishment. Two of my favorite graphic novels are Jason’s Hey, Wait… (2001) and Anders Nilsen’s Don’t Go Where I Can’t Follow (2006), both short but perfectly modulated works of art. Jason examines how one catastrophic event can ruin a life, while Nilsen struggles with the death of his fiancée: these books are about the depth of human feeling in the face of incalculable loss. Haven’s not addressing existential profundities in Cryptoid: rather, his art re-invents imagery and archetypes dredged up from the detritus of American popular culture, and I wish Cryptoid’s physical design reflected these pulpy origins. 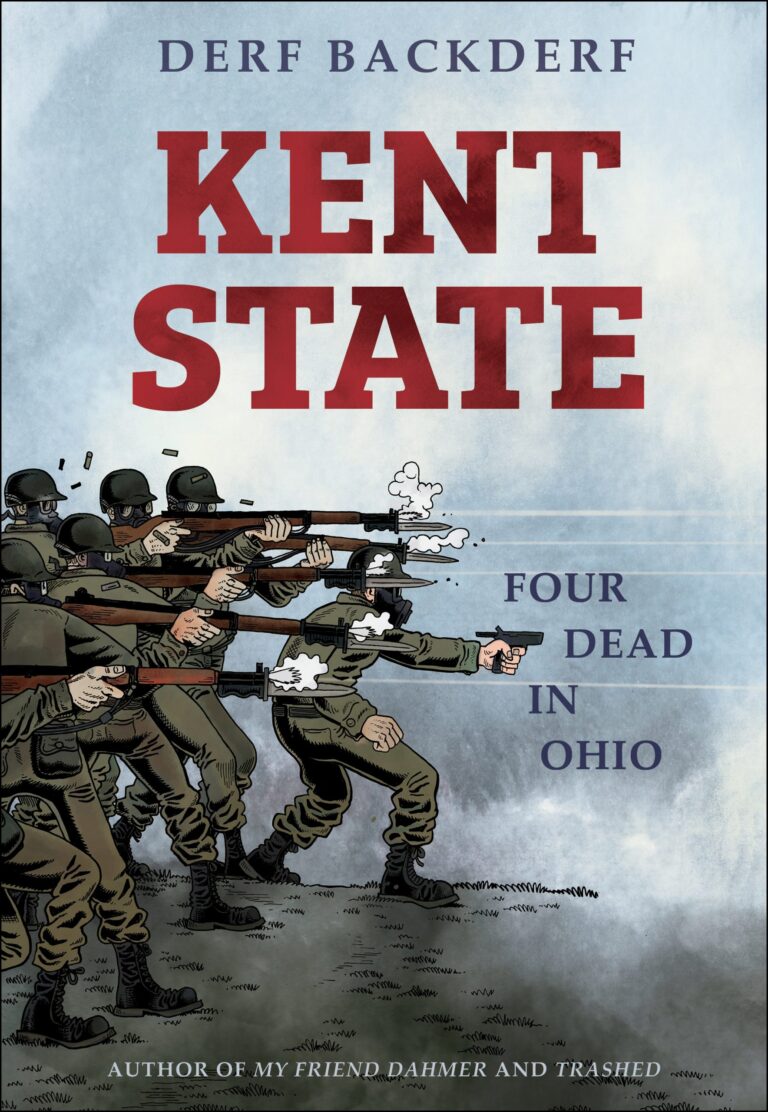 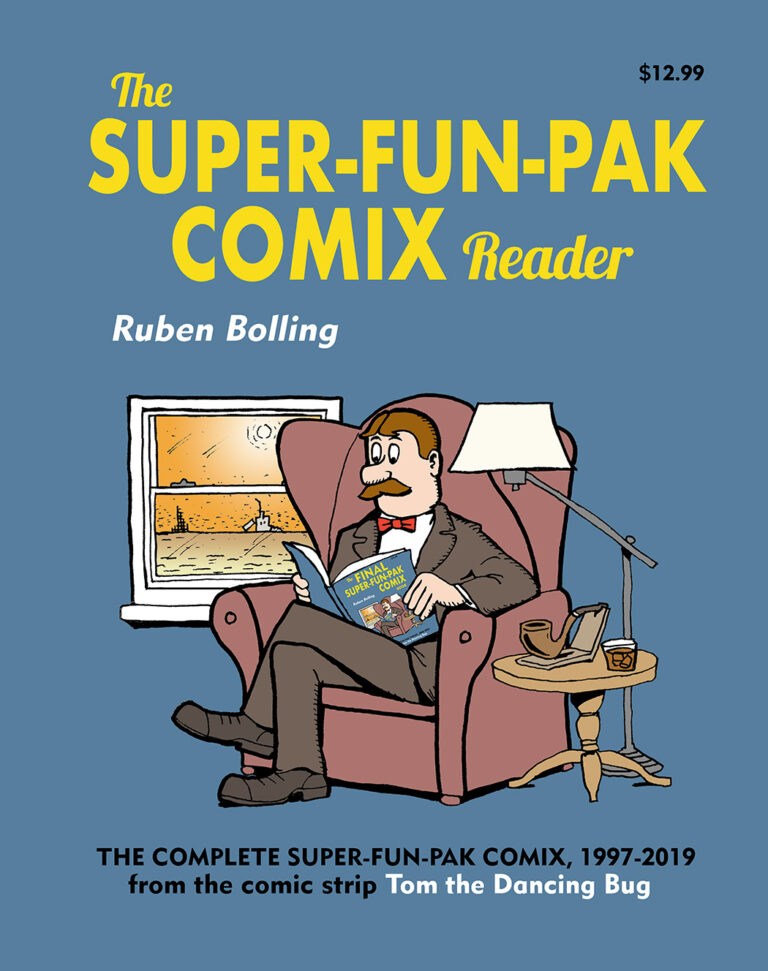