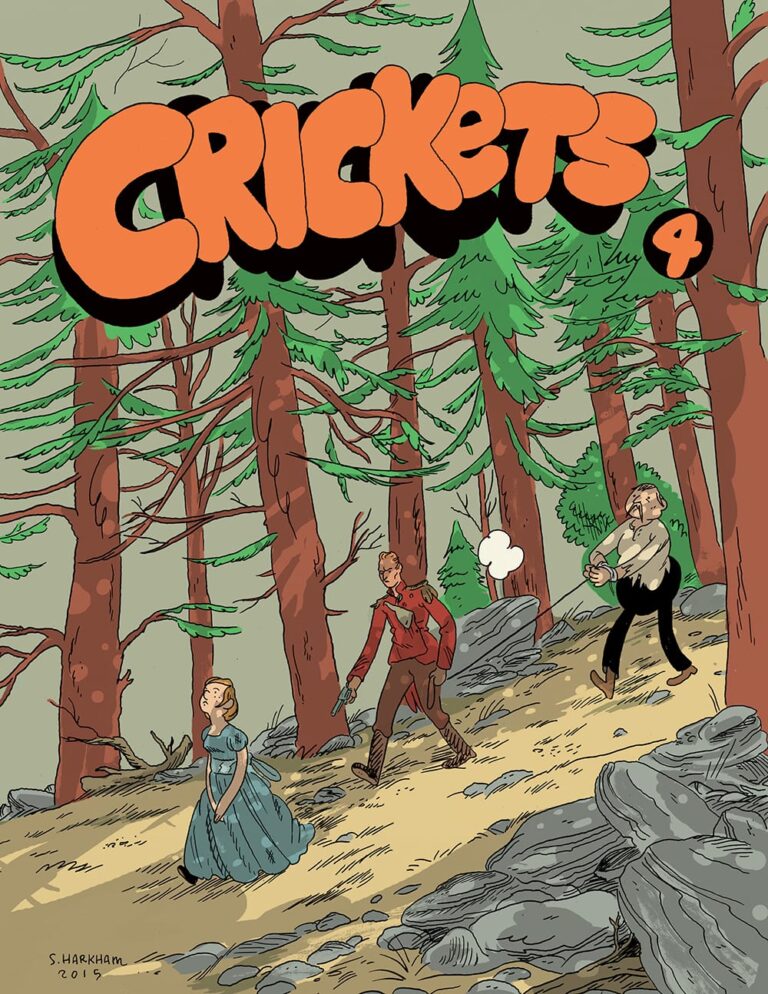 It’s a bit of an odd distinction, but Sammy Harkham may be the cartoonist who puts out the least work relative to the size of his presence on the scene. Part of that is no doubt due to the effort he spends in arenas outside the actual placement of ink on paper -- at this point Kramers Ergot has got him on the list of all-time great comics anthology editors with Kurtzman, Crumb, and Spiegelman (and not in last place, either), and his comic shop Family is on the short list for best in the business as well. But mostly it’s that Sammy, like John Pham and Adrian Tomine and the Hernandez brothers, just has making comics in this day and age figured out. There are plenty of younger (and older) cartoonists whose attempts to keep their production rates at 320 kbps have thrust them a lot further into the limelight than the guys and gals who methodically carve away at their pages unseen for a few years before dropping a new thing, but as the internet cheapens “content” past any low it’s ever sunk to previously, comics with nice slow production schedules seem to matter a lot more when they drop. A new Sammy Harkham comic, basically, is an event -- both according to the laws of supply and demand, and because it’s clear from reading his pages that slow and steady wins the race. 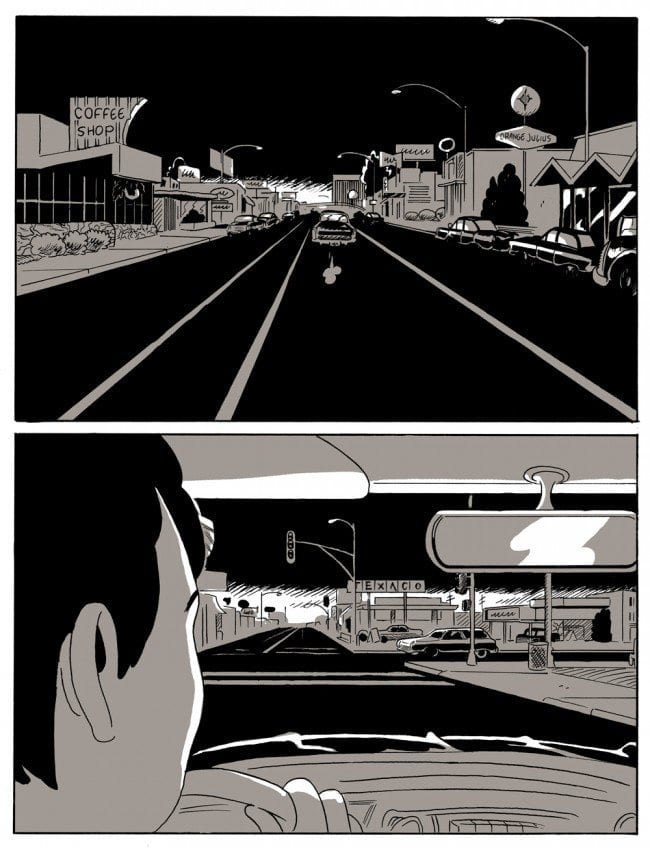 It’s been about five years since the last issue of Crickets dropped, but one look at the surface of this one and all the giddy anticipation the new issue of a good superhero monthly invokes comes rushing in. Crickets 4 is an easy pick for Harkham’s best cover ever, pulling off the difficult trick of making small figures against a big background pop with ease and grace. The back cover’s even better, a piece of Technicolor randomness that may be the best single page comic of the year. But it’s the guts that count, so in we go: Crickets 4 continues “Blood of the Virgin”, a graphic novel that began serialization in the previous issue -- though if you didn’t know that you wouldn’t be lost for a second, so plainly stated and immediate is the way the story lays itself out. It follows the making of the titular movie, a low-budget ‘70s exploitation thing, and the studio-employed hacks spread thin between making art and making sausage in the process. The main character is Seymour, a slightly schmucky writer angling for more control and better aesthetics, all too aware that his chances for both are slim. Still, even commercial art has to carry some grain of inspiration in it somewhere, and Harkham, a committed acolyte of the kind of movies his story’s about, goes to great lengths to show the real workings of creativity that even the crappiest art project needs to power itself across the finish line. In page after tightly gridded page, we get the nitty-gritty of movie making, well researched and beautifully shown. Moments of individual genius pull against the tight rein of the studio bosses; then costs overrun or somebody forgets to show up on set and the real world pushes right back. And in the balance something is born. 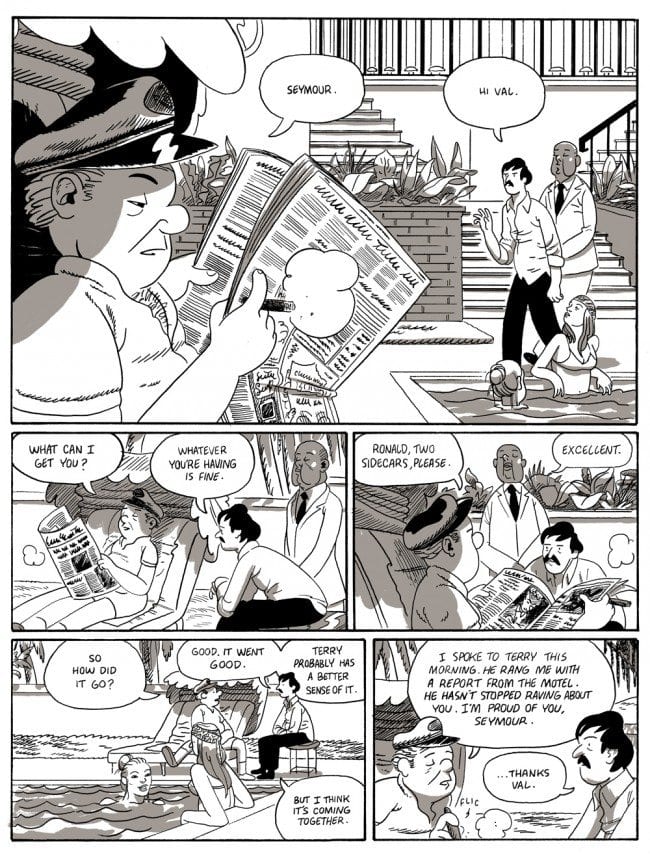 It’s that balance, more than transcendent mastery or monotonous drudge work, that Harkham commits his own creativity to illustrating -- as anybody who’s ever made comics can attest, you can’t have the one side without the other. The result of this comic’s labor, though, is something greater than that of the labor its pages depict. Where Seymour and his co-workers thrash and struggle against a machine that dwarfs all of them for a bit more say-so in what goes on, Harkham is the undisputed master of his pen-and-ink domain (though he was smart to employ Kevin Huizenga’s assistance on the gray tones, which sing). The control on display from this comic’s beginning to its end is almost absurd. The most important part of making comics is usually excision -- finding the right moments in your story to depict, and then whittling them down to single, telegraphing images and a few words -- and no doubt, Sammy is a crack hand at it. But he seems to cut out so much less than anyone else, to find ways of keeping anything with even incidental value on the page, and the result is a comic that feels fuller, richer, than just about anything else out there. “Control” is often a synonym for “minimalism,” but the hand behind this stuff feels more like that of a champion NASCAR driver than a Swedish fashion designer, executing balletic moves inside a hunk of screaming machinery with the throttle pressed through the floor.

A lot of that roaring verve comes thanks to the page designs. Harkham works a dense four-tier grid through most of Crickets 4, with an average of about ten panels a page. Each one is a meticulous, fleshed out unit, easily able to encapsulate full conversations or dispose of entire plot points without going across the fold. When the movie moves to Palm Springs for two days of tightly scheduled location shooting, the grid narrows and hardens, from variations on twelve panels to a strict five-tiered twenty per page (which is fucking crazy). The antics among the cast and crew ramp up to Sunday-funny proportions, the dialogue reaches Frank Miller-esque heights of brilliant elliptical overlap, and the hustle and bustle of getting a movie in the can feels so incredibly real that you can feel the desert dust lining your shoes. It’s a sequence so breathless that you might not laugh at any of the (numerous) great jokes encapsulated in it until a second reading. The rush just sweeps you up and moves you. Harkham’s drafting, too, dictates pace and rhythm: the larger, slower panels are full of anecdote and detail in the manner of great cartoon realists like Doug Wright and Gluyas Williams, while the twenty-gridded pages are pure squash and stretch, with a frantic rubberiness about them that Dennis the Menace himself would be proud of. And yet each image feels of a part with all the others. 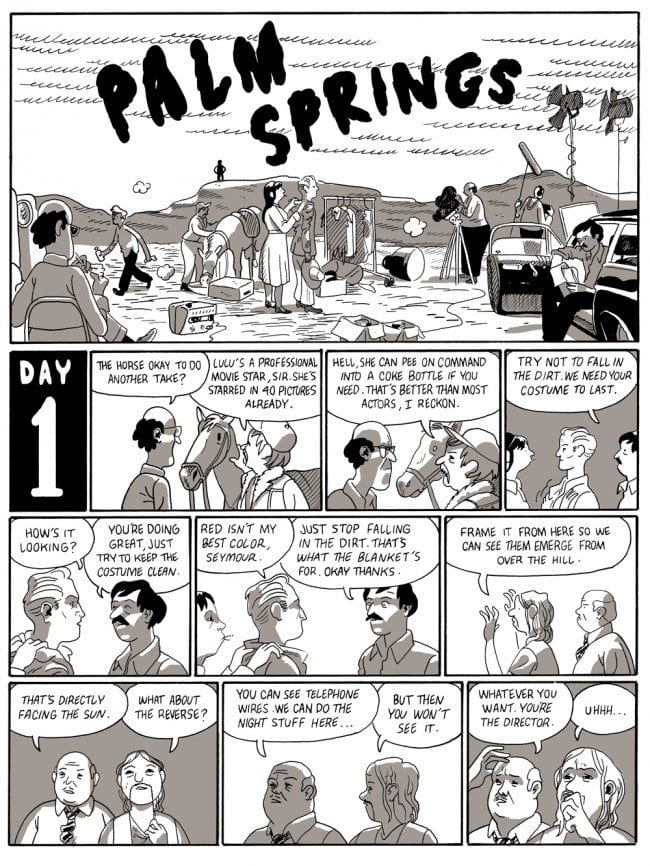 This is a comic that dares you not to read it cover to cover in a single go; but it isn’t all whirlwind action. Breathless as the thing gets, just as admirable as the warp speed Harkham works up to is his trigger-finger control of the brake pedal. Crickets 4 is absolutely shot through with moments of quite unexpected depth and beauty, ones that make you pause and turn right back into oncoming traffic to reread. Seymour’s long-suffering wife gets a lot less screen time this issue than she did last time around, but a sequence of her masturbating to the serenade of her howling baby before holding her hand over the scalding steam of a boiling tea kettle is a stunner. And the show is outright stolen by Terry, the line producer on “Blood of the Virgin” the movie, who single-handedly elevates “Blood of the Virgin” the comic from a book that reads like Nathanael West to something more in line with Bolaño. Whenever he shows up, a moment that transcends plot detail is soon to follow, giving this comic that so richly evokes a very specific time and place a voice that speaks far beyond its immediate details and into American military engagements, the weight of history, or the work of Moebius. But linger too long and the gas comes right back on again, blasting you into another puke scene or fistfight or seriously uncomfortable sexual moment. 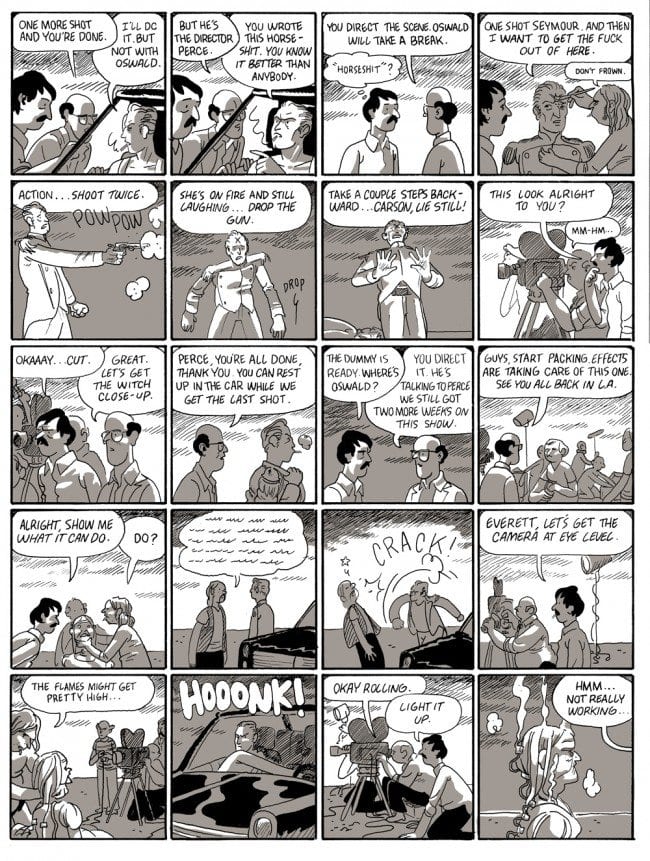 If artsier stuff like Chris Ware and Richard McGuire are comics as symphony, this is comics as a fantastic exploitation movie, one of the really good ones that packs fleeting moments of true expression in with the gore and tits and hilarity. “Blood of the Virgin” is so much more than just an homage to one of the most fascinating moments in cinema history -- it’s a story about making art that manages to contain all the charms and peculiarities of two mediums in one blistering, compulsively readable narrative, all while holding onto a refreshing sense of deadpan realism. When I finished rereading the book before I wrote this review I thought to myself, “I better watch the movie they made too before I write this, just to have all my bases covered.” 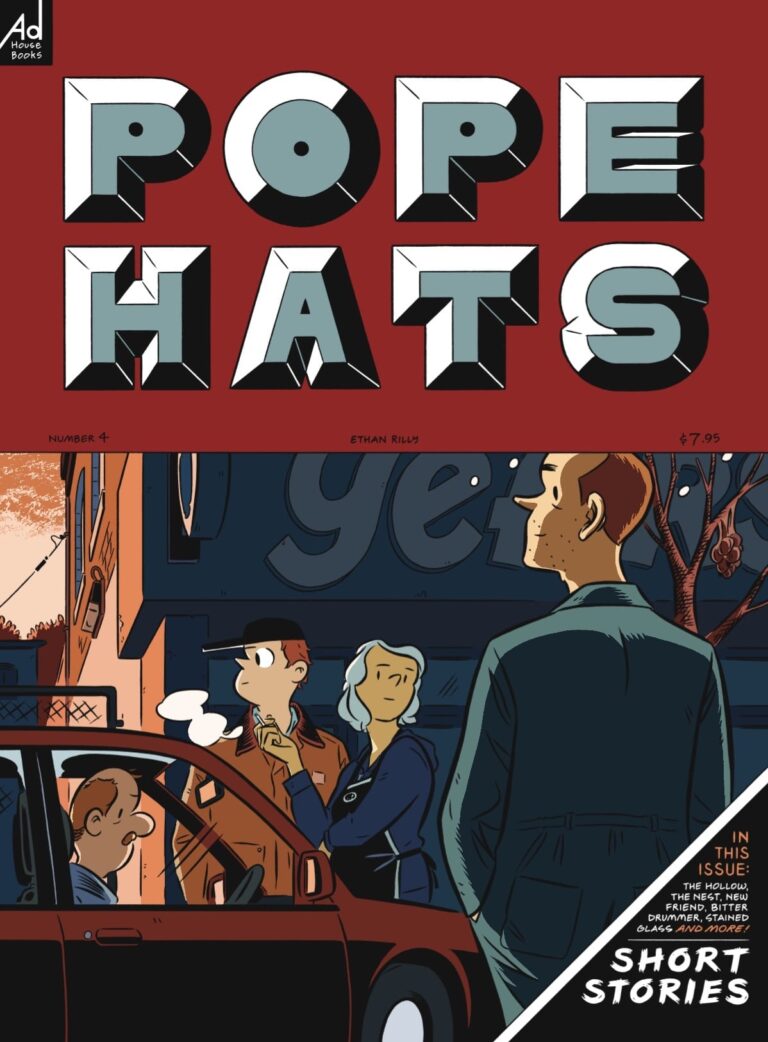 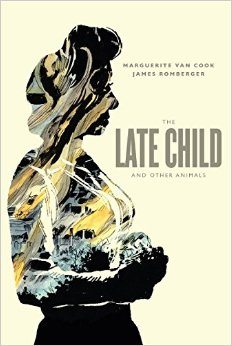