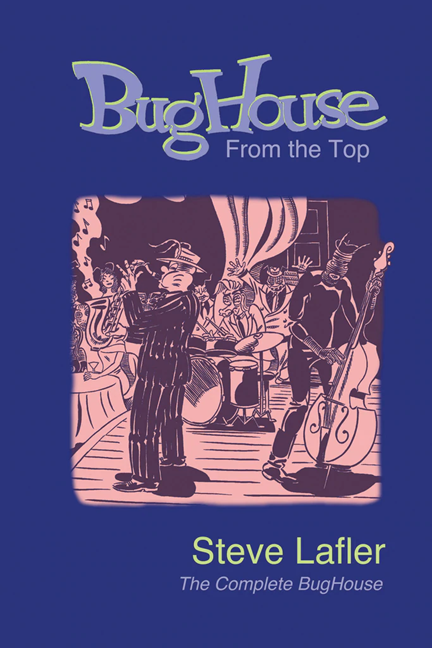 BugHouse From the Top: The Complete BugHouse

If there’s one thing that might qualify as the most pleasant surprise in small press comics in recent years, it’s the resurgence–creatively and, one hopes for his sake, commercially–of Steve Lafler. Not that he ever really “went away” per se, but the prolific clip at which his Cat-Head Comics imprint has been issuing material both new and old over the course of 2020, 2021 and 2022 has been quite impressive indeed. On the new front, we’ve been treated to Lafler’s latest full-length graphic novel, Death Plays a Mean Harmonica, as well as the first two installments of his ongoing series 1956, while the reprint side of the ledger has seen the welcome return of Cat Suit, Dog Boy, 40 Hour Man (a collaboration with Lafler’s former Buzzard co-editor and co-publisher, Steven Beaupre, that originally ran in the pages of that criminally-underappreciated anthology), and the title many consider to be this particular cartooning vet’s magnum opus–as well as the one we’re here to take a look at in this review–BugHouse.

Actually, BugHouse has been back twice now - the first trade paperback collection, originally issued by Top Shelf in 2000, was reprinted last year as BugHouse Book One, and while plans to present the entire saga piecemeal may indeed still be afoot for all I know, Lafler has arguably made such a project redundant with his recent publication of BugHouse From the Top: The Complete BugHouse, in both paperback and snazzy hardcover formats. And, it’s got to be said, in today’s staid atmosphere of comics that are either out to offend everybody merely for the sake of doing so, or afraid to offend anyone for any reason on the other, this bumper volume of a comic that’s both perfectly content and confident enough to just be itself is a breath of fresh air indeed. Insert your own insect repellant joke here if you must. Those of us who followed the twists, turns, trials and tribulations of this comic’s decade-plus journey to completion back in the 1990s and early 2000s are going to be pleased as punch to have this collection on our shelves, of course, but that’s only part of the audience Lafler is hoping to reach with this new edition. More crucial is how this book will appeal to new readers, so in that regard the most important question to consider is, I suppose, is how well or poorly the work has aged - and speaking personally, all I can say is I’m downright jealous. Given its “beatnik era” setting (which Lafler is currently revisiting, albeit without the aid of anthropomorphic insects, in the pages of 1956), there’s a sense not so much of timelessness here but of a time preserved - and meticulously so at that. Lafler’s greatest skill as a cartoonist is, in my view, his uncanny ability to convey atmosphere - and the bebop/jazz clubs that protagonist Jimmy Watts and his bandmates ply their trade in (and navigate the workings and machinations of) in their quest to hit the big time are positively awash in it. Lafler’s signature brush line may not be as graceful as, say, Walt Kelly’s, but it’s got its own kind of rich, illustrative beauty that makes you smell the smoke in the air, the perfume on the women, and the sweat on the saxophone players. In short, it puts you there, and for a “period piece” comic, you really can’t ask for more than that.

Fortunately for all parties concerned, however, Lafler goes the extra mile and gives you much more: his dialogue is crisp and authentic without being cloying, his plotting is downright fluid, and his humor, while often subtle, is impeccably timed. Like a good jazz musician, he literally never misses a beat, and he’s able to delineate and articulate everything with equal commitment from the dangerous magic in a femme fatale’s glance to the harrowing withdrawal from addiction to his story’s drug of choice, Bug Juice. When circumstances call for subtlety, he dials the tone and tempo back; and when they call for a crash, a bang, and a boom, he hits the hi-hat with vigor and gusto. It’s just as well this comic is about jazz, because it certainly follows its rhythms, fluctuations, peaks and valleys to the proverbial “T”. Here's the point at which I perhaps strain the analogy, but not without reason or intent: BugHouse, you see, while following a very deliberate and traditional narrative path, nevertheless thrives on improvisation and, particularly when it comes to its story “beats”, there’s a definite sense that Lafler is “riffing” - allowing himself to follow his instincts wherever they take him. To say the story’s full of surprises would be a bit much (although there are some nice ones to be found), but the manner in which we go from A to B to C and down through the alphabet has a kind of organic and entirely unforced feel to it - there’s no sense that anything is rushed here, or that deadlines entered into the cartoonist’s thinking or execution in any appreciable way. He’s giving you moments to savor, and he’s clearly savored the act of creating them himself, much as a trio or quartet on stage feeds off the vibe provided by an appreciative audience. And with that, I promise, I’ve exhausted the whole comparison of this comic with its subject matter. I seem to recall that it was Beaupre who was the “Deadhead” of the two Buzzard principals, but it’s been a long, strange trip from the pages of that magazine to this final (I’m assuming, at any rate) iteration of BugHouse. And with the destination finally upon us, there’s no doubt the ride has been one absolutely worth taking. Whether you’re coming to this material for the first time or revisiting it for the umpteenth, you’re in for one hell of a treat, and it’s this critic’s earnest hope that 2022 proves to be the year that one of the comics medium's most overlooked gems of the past quarter-century, perhaps even longer, is finally about to get its due. 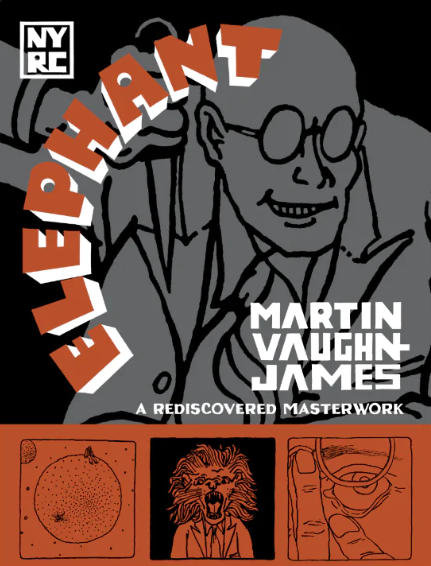 The Projector and Elephant 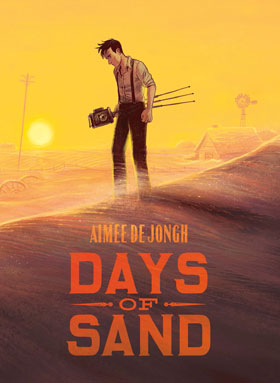