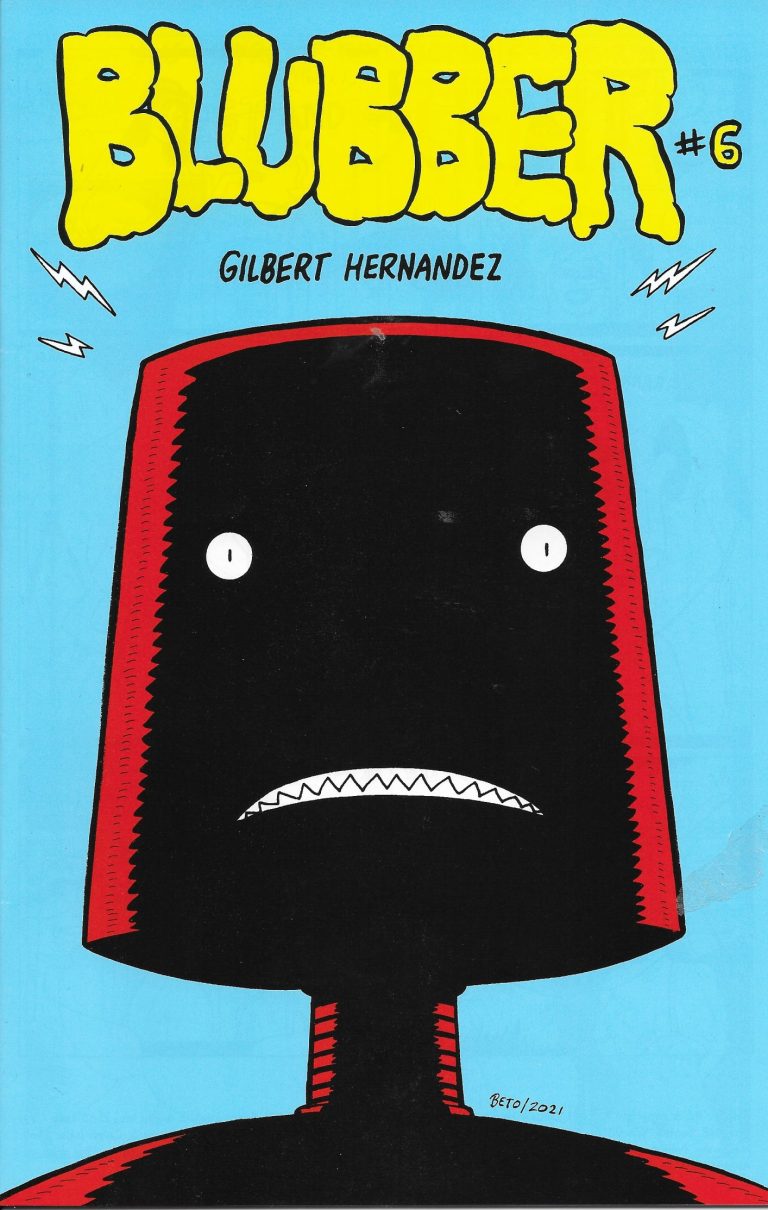 It's been two years since Gilbert Hernandez put out an issue of Blubber, his boundaries annihilating page-after-consecutive-page series of hardcore sex comic: but he's back. He's back!

Previous issues of Blubber have included sexual activity amongst animals, both real and fantastic--and while they aren't completely absent in this sixth installment, the focus this time is mostly around the human cast, and the things those human beings do to each other on their way to hosing one another down with semen. (If ever there was a need for an example of why you shouldn't colorize black and white work, almost any two page spread of Blubber #6 would serve perfectly: even contemplating the idea of making this comic "more realistic" for too long is a nightmarish concept, and considering the genesis of this tangent was a concept that nobody has ever mentioned or thought about in a serious fashion, this parenthetical has already gone on too long.) Plot, as can be the case in Gilbert Hernandez' more perverse work, is optional here: this is a comic that has almost as many subheadings and interstitial titles as it does pages, all of which manage to seem both throbbing with design while still somewhat lacking in necessity, as they're always the last thing you see upon a page flip, because your eyes are immediately drawn to whatever extreme depiction of sexual deviancy is filling up the page. That being said: Blubber doesn't really feel like porn either, even if you've got to protect it as such, even if any unprepared stranger would certainly think of it as such. (Having an issue of Blubber laying around is the equivalent of having a pulsating, living embodiment of risk in your home. Got a kid in the house? This comic is a bomb.) What it reads like--even more so than previous pornographic works by Hernandez--is some kind of illustrated therapeutic journaling, a sketchbook exercise that's been refined for publication. There's just too much raw, explicit depictions of increasingly fantastic sex and penetration, the kind that would probably be called "body horror" if it reached a level of verisimilitude that Gilbert's humor helps it avoid. Beyond the standard context that this modern era of "he's just fucking around" comics demands--all the woman's breasts are balloons, their eyes are as dead as their smiles are insane--Blubber's characters can feel like old dolls in a plastic crate, being pulled out for one more smash-em-up make believe session. (Even when a character expresses some initial reticence at taking on a 36 inch erection, as one elderly woman does in this issue--her constant pre-sex refrain being "I was just listening to the music"--there's never any real sense that what's happening to anyone in these comics is unwelcome, even when what's happening is that a eight foot tentacle penis has made its way out of its owners mouth, by way of the anus, intestines & esophagus.) 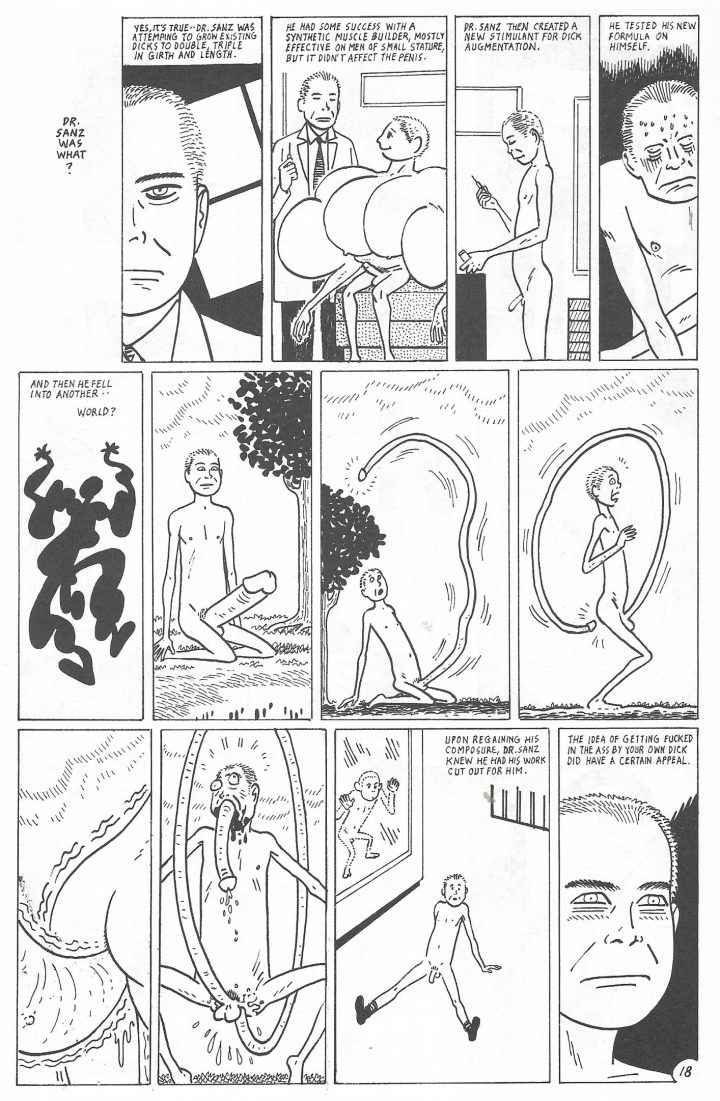 Gilbert's skill is subtle here, made even subtler by the extremity of what he's depicting, in that you read these panels in such an immersive fashion that it isn't until you recall them in totality that it becomes apparent how impossible it would be for Blubber to be an actual, utilitarian piece of pornography for one human being's fantasy system to encompass. There's no desire here, when a sleeping man's penis is the size of a restaurant dumpster and the end result of its ejaculation is that the dopey-eyed butler guy sucking it gets covered in roughly 20 gallons of semen and is last seen mumbling something about when he might be able to see you again. It would take an extreme, almost theoretical level of prudishness to be offended by the sight of what appears to be a noseless kangaroo being blasted in half by the orgasm of a broken robot, and such a reader would certainly have never made it to those drawings anyway, buried as they are on the other side of an elderly body-builder gang-banging her way through a dinner party, turned on by the concept of having her Popeye biceps sucked off her Olive Oyl arms by a never ending string of Zorro looking fuckers who we've learned, after six years of Blubber, will never leave a sex partner anything less than satisfied. Word is that Gilbert doesn't have another one of these on the docket anytime soon, and considering how much time he takes in between issues, this could be the last new one for a long while. Take note: any comic that tries to include shooting rope while we wait is just gonna be stealing valor. 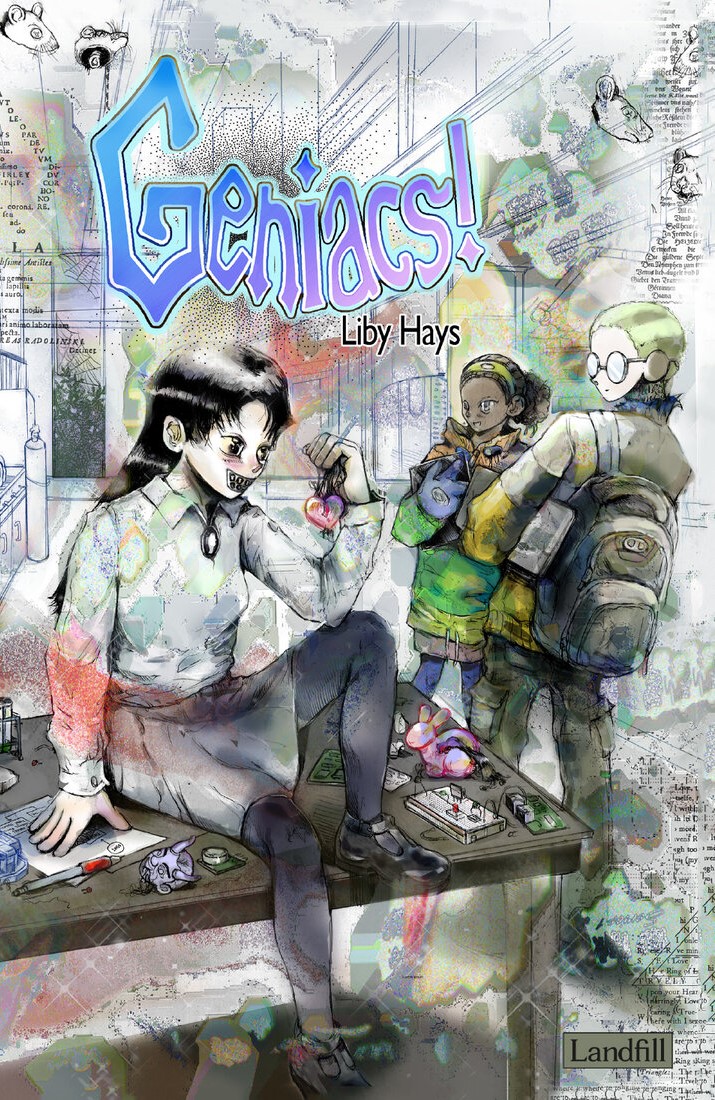 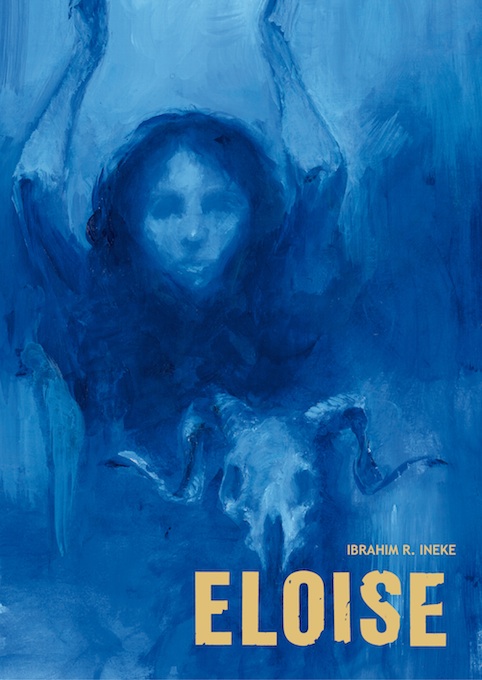