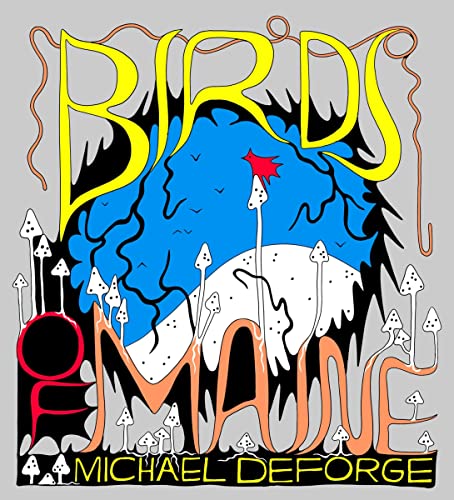 In a conversation last year, Michael DeForge dismissed past attempts to sell one of his works as an “adult picture book” - terminology like that certainly does comics no good. It also brings up questions such as, “what’s so good about something being adult?” Serious political pundits in my home country of the UK keep saying that “the adults are back in the room,” meaning the return of people who put a ‘trustworthy’ private school face to inhumane politics. In a world like ours, perhaps trying to be grown up all the time is doing more harm than good.

Seemingly with a similar thought in mind, Birds of Maine, a collection of an Ignatz award-winning series of daily strips originally shared on Instagram, finds DeForge putting young minds front and center. Ginni, Ramil and Ivy are the three friends around which the majority of events unfold. They navigate growing pains, professional aspirations, (sometimes unrequited) love, and other concerns humans can relate to. But, as DeForge fans will know, they’re not human, they’re birds who live on the moon, part of a colony which split off from Earth and developed a complex, utopian society all their own. It’s a society in harmony with the world in which they live. For food, they rely on the “universal worm” - a cute joke, but also an allegory for abundance through universal distribution. 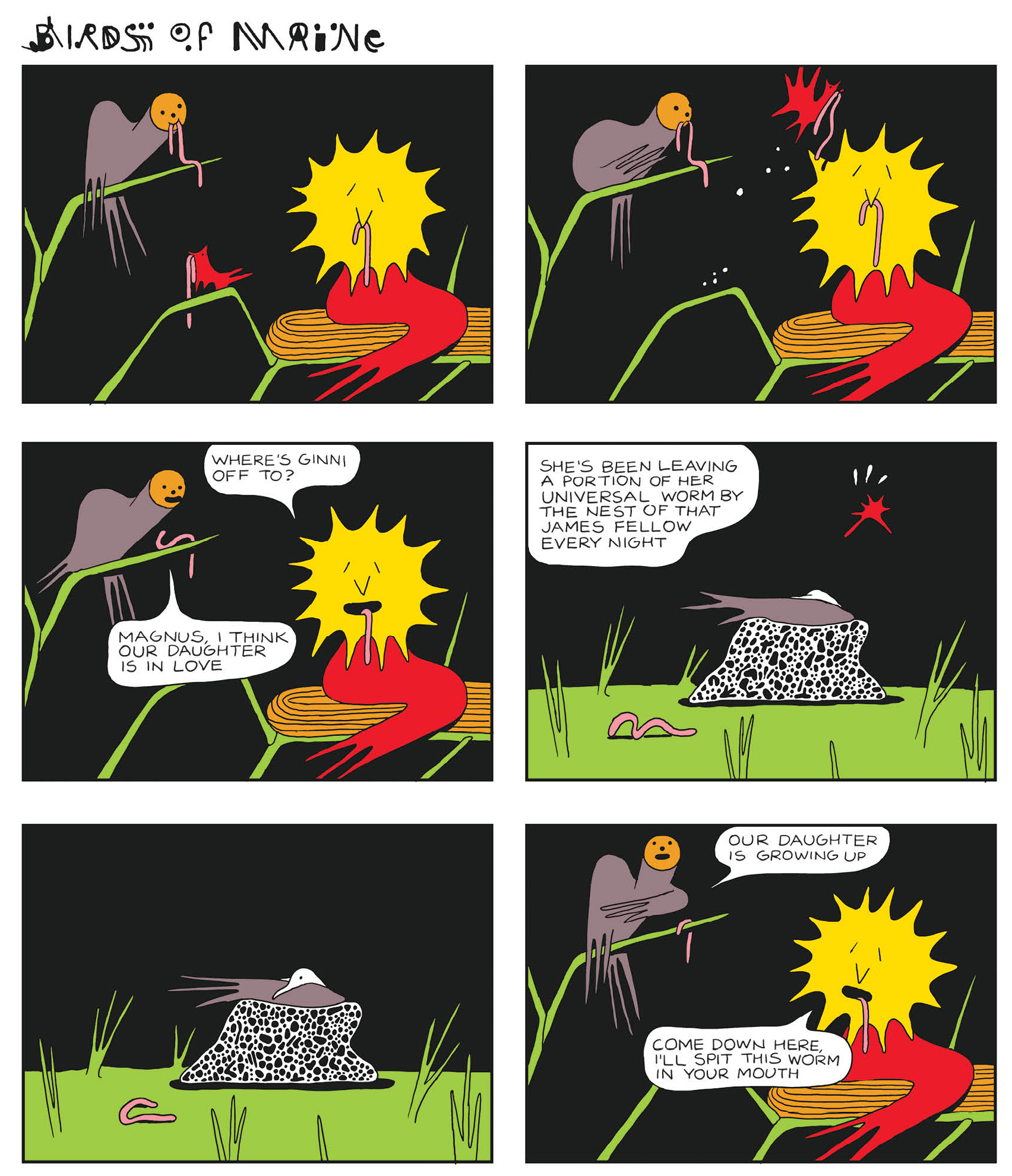 While the book's back cover blurb draws attention to the sole human who makes an appearance—literally smack bang in the middle of the book—and the effect they have, the most recurring plot point is the band Ramil, Ivy and Ginni form and attempt to sustain. Unusually for a comic, music and sound in general is a focal point throughout Birds of Maine. It’s represented through alien notations, but it also seems to be built into the world itself: oftentimes, DeForge’s lines wave and pulsate, reminiscent of the ‘stacked plot’ of radio emissions that adorn the cover of Joy Division’s Unknown Pleasures. The sound waves look to have their own geography, or point to some geography we can’t typically see.

Pick up a copy of Birds of Maine to indulge in DeForge’s much-celebrated cartooning. Each page is composed of six panels, and each of these installments arrives with its own impeccable color palette. Flick through the pages quickly and it’s like hurtling through a rainbow or an acid trip. Study them more closely and you’ll recognize the playful Modernism of Miró (who himself took plenty of inspiration from music). It’s also hard to ignore the influence that folk art has had on these pages, especially in some of its representations of figures and the deployment of patterns. Folk art is one of the few ways us post-industrial moderns get a sense of indigenous and pre-capitalist epistemologies, and here it seems to be a way for DeForge to convey his utopianism through form as well as thematic content. By drawing on a past or societies very different to our own, and the art they created, we may be inspired to think of a different type of present. 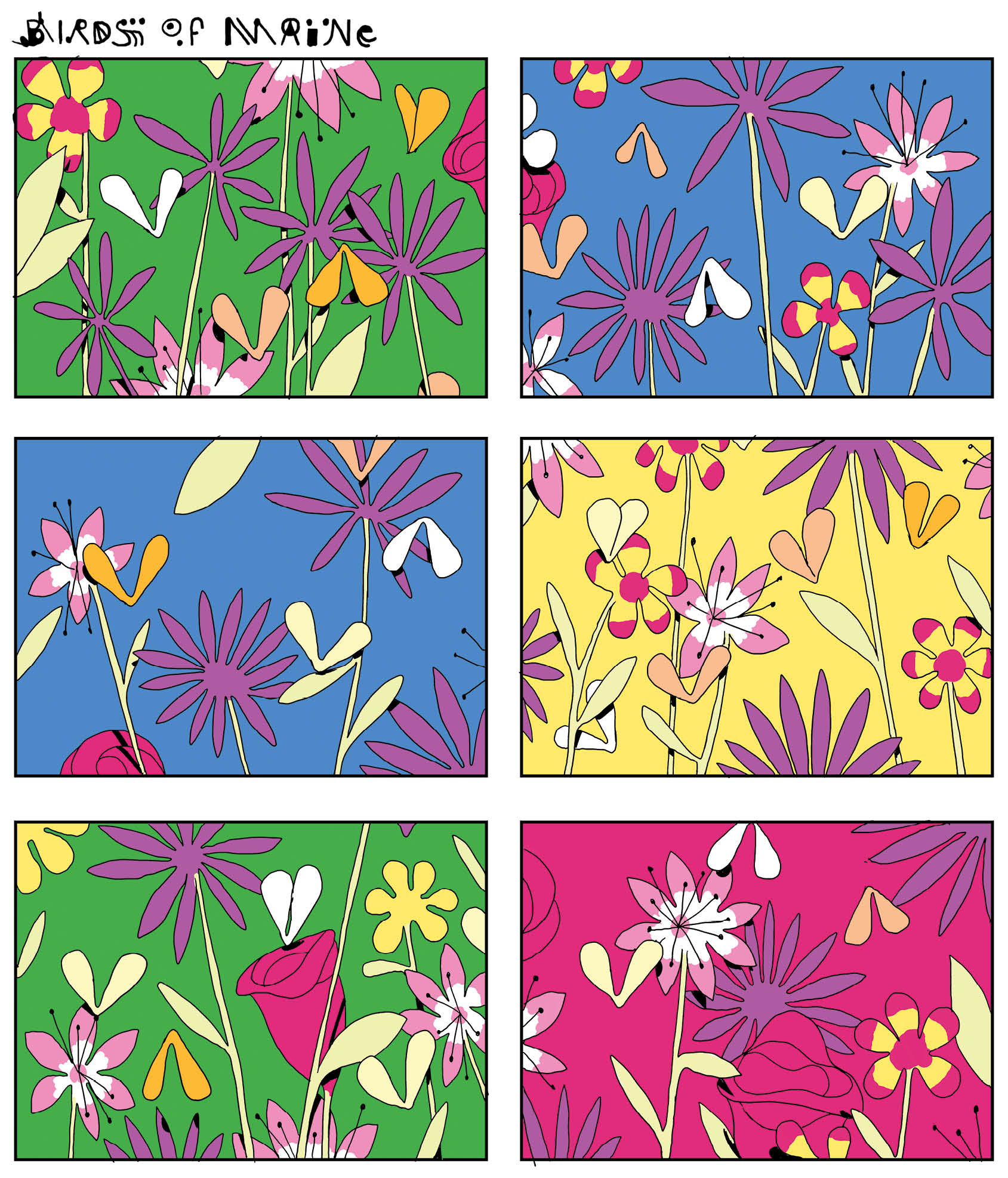 The utopianism which underpins the world DeForge draws out in Birds of Maine does seems to stem from an anti-colonial and post-capitalist view of the world. Upon leaving Earth, these birds have managed to escape 21st century humanity’s common presumptions (especially “economics”, which DeForge makes regular fun of; which is fair enough, though there are some economists who I actually like). Ginni’s mum, Chloe, is a historian of Earth society, and it is through conversations with her that DeForge wryly critiques things like money, the privatization of health care, and other common left wing targets.

These birds have followed the Hungarian Marxist philosopher György Lukács’ suggestions that utopian thinking arises from a “refusal to be content with this empirical reality” and a process of “going beyond the bounds of what is immediately given.” They’ve done this literally as well as theoretically. By going beyond Earth itself, they’ve managed to create a world where things are fairly shared, love is abundant, illness isn’t punished, and territorialism is nowhere to be found.

There are plenty of differences between the world of these birds and our own. There’s the lunar technologies, such as the fungal internet and alternative methods of inscription, for example. DeForge also draws attention to the deconstruction of the family. Family units are fluid and polyamory is common, as are bird orgies, which the artist thankfully refrains from depicting. Not that utopia means pure bliss. Many of the characters here deal with the same spiritual growing pains and adult concerns that the reader will recognize. The main point seems to be that this is a utopia because people have the space and the capacity to deal with them. 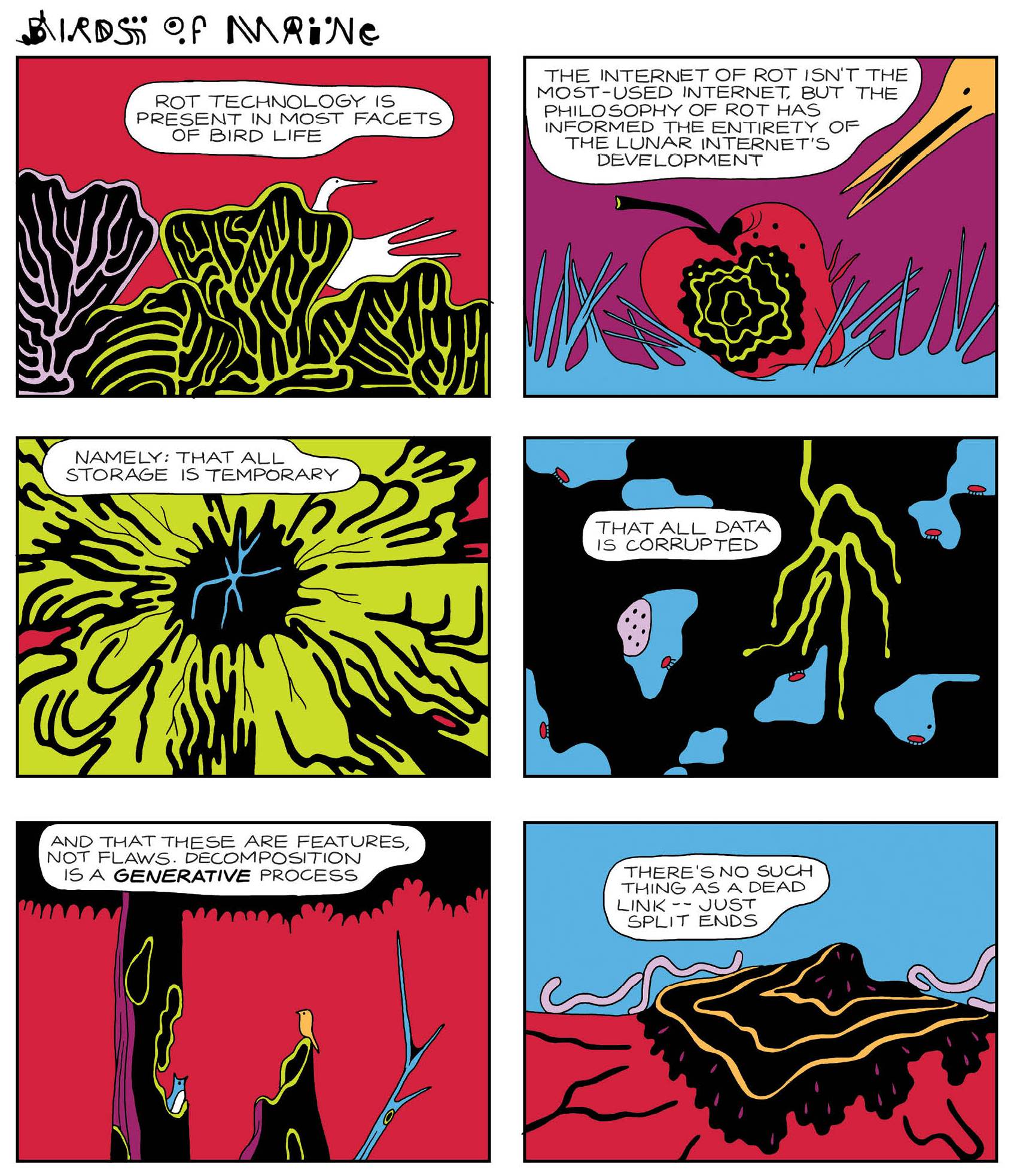 It’s not all serious philosophizing. Thankfully, DeForge isn’t above giving us a joke about poo, leaning into the sort of melancholy-oriented humor that is abundant on Instagram, and providing deadpan jokes. There are also wordless pages where he draws attention to the colors and the shapes of the world he has constructed. A cartography of a possible future, if you will. It is not only in the words that DeForge’s utopianism is present, it is as important that we see differently as much as we think differently. The two are in fact inseparable.

DeForge has typically drawn in different visual styles to tell different types of stories. He’s an artist of variety, and that’s one of the reasons it’s always exciting to see new work by him. His thick clean lines and bright colors were equally apparent in his 2020 book Familiar Face, though more digital aesthetics were brought into play there in order to convey the atmosphere of the fully-digitized quasi-dystopia in which that story was set. But in both cases DeForge is always presenting fluidity in some form; whether it’s the fluidity of the body in an era of digitization, or the fluidity of the world in a utopian society, his work often reflects on change, and how it affects us, or how we can effect it.

If I have one gripe about this book, it’s that the work’s original context as a daily is hard to shake. It’s a big volume, and going through it page by page (as I had to do to review it) made little sense, given how thin the narrative through-line is. There are repeated motifs and there are sections that act as mini stories within the whole, but this is really a collection of vignettes, a space opera about the perfect life. A reader could happily open it at random on different days and pick up pearls of wisdom and humor. At 464 pages there’s certainly enough comics here to keep you occupied in the bathroom / at the coffee table for quite some time. 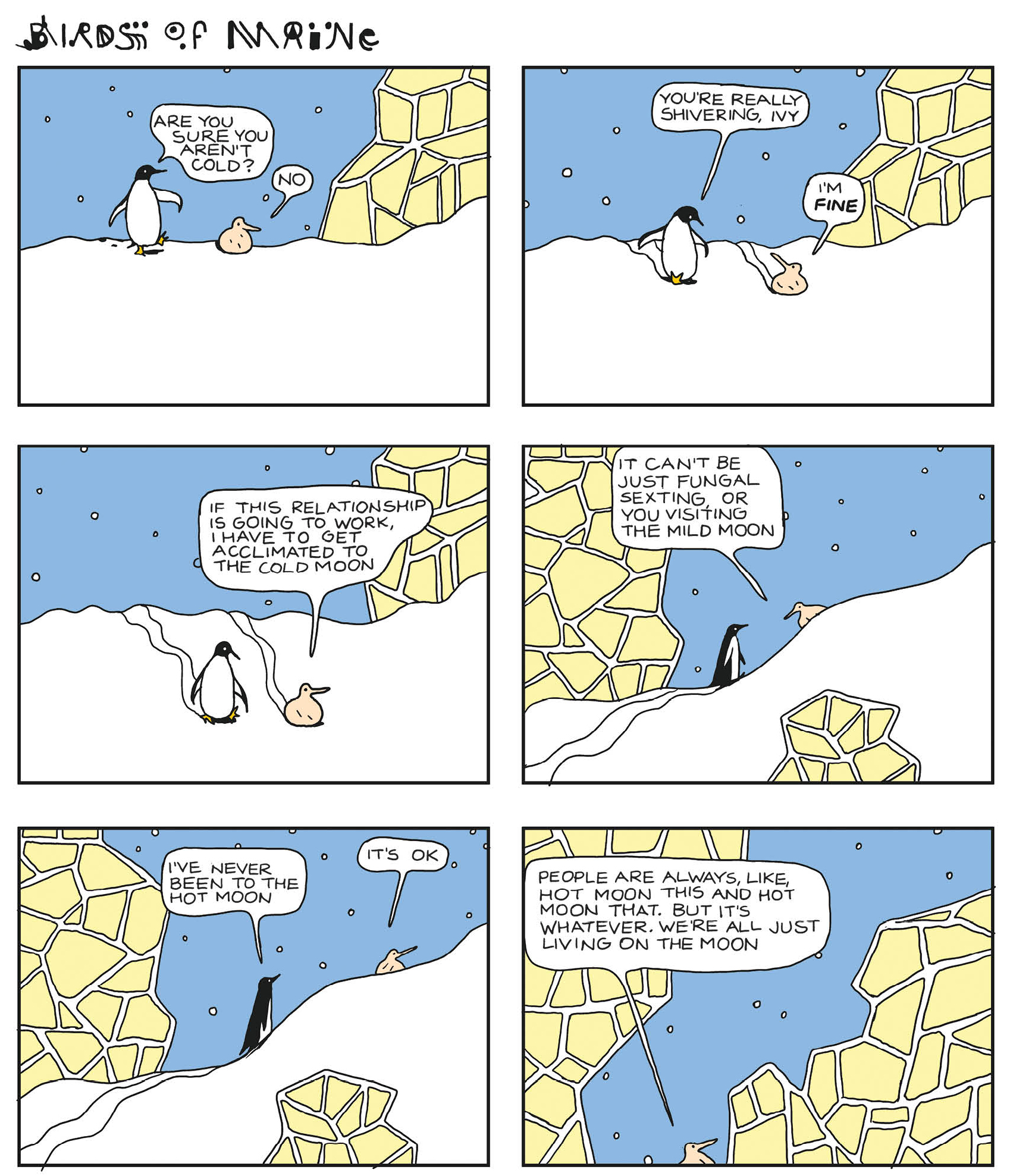 Birds of Maine isn’t pretentious enough to try and provide a Big Lesson; it instead relies on its kindness and humanity (albeit in a non-human form) to get its point across. In thinking of how things could be different, DeForge reveals himself to be much more serious about dealing with the social issues in front of us in the real world than many of the “adults in the room” achieve. Utopian thinking is often dismissed as a regression to a dream-like state, but given where orthodoxy to the status quo has gotten us, dreaming a little more and being more courageous with our imaginations seems like a worthwhile pursuit. We may not have a choice; the birds of Maine have been able to flee to the moon, but us mere mortal humans don’t have that luxury. 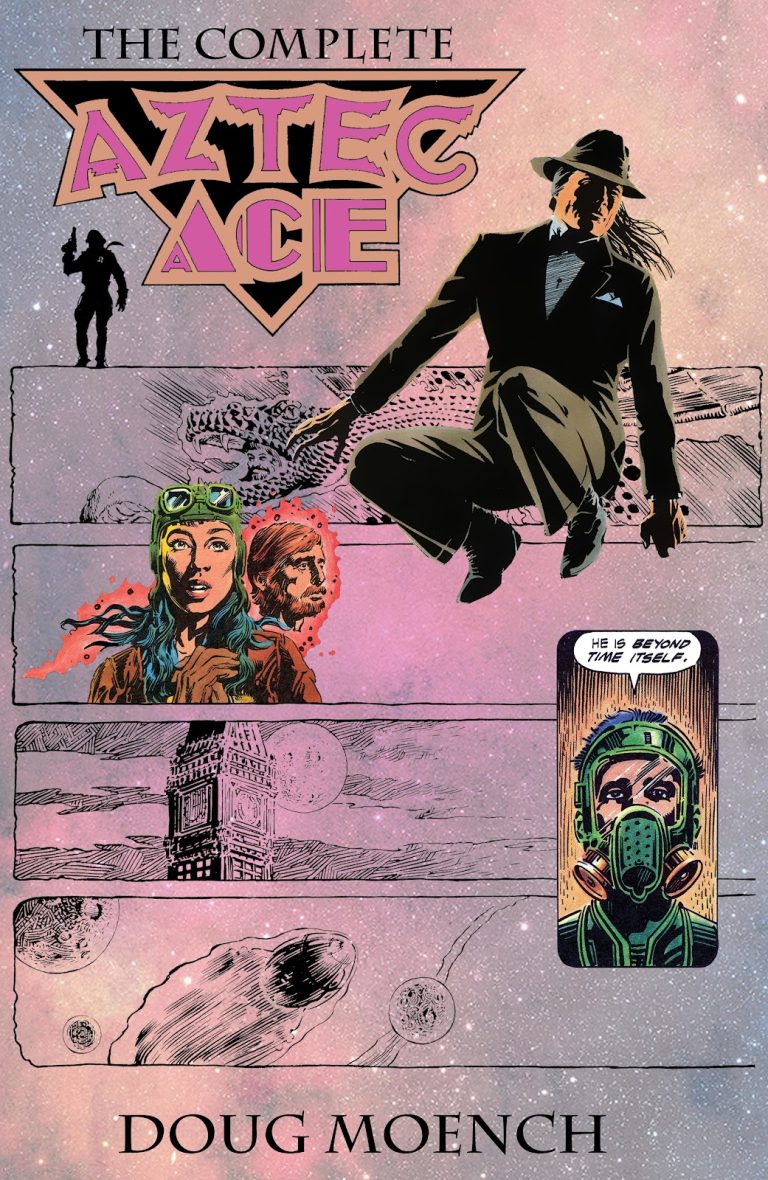 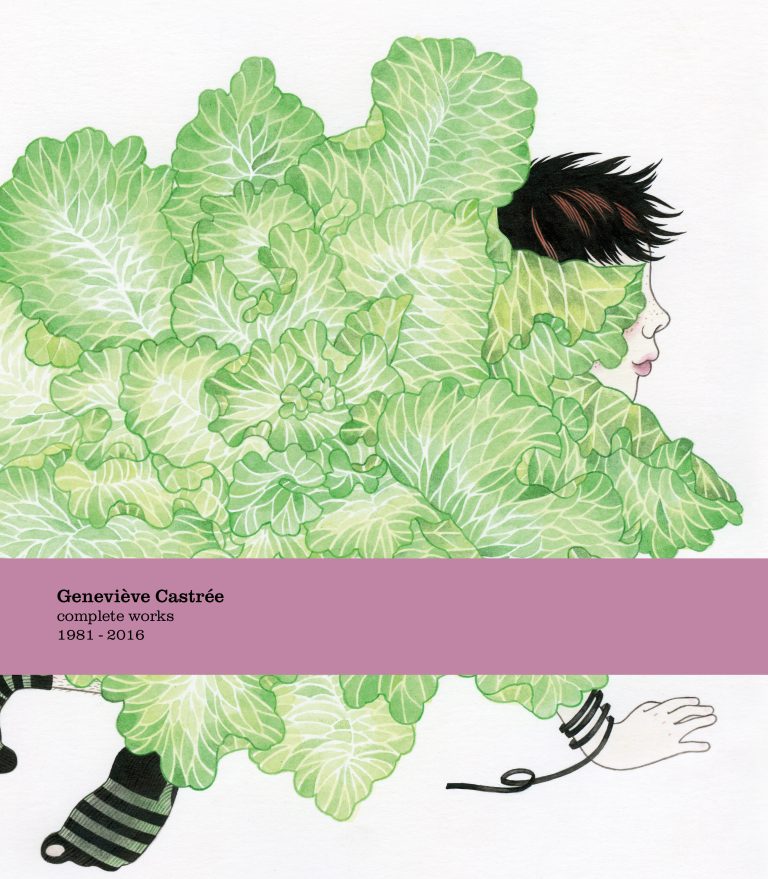