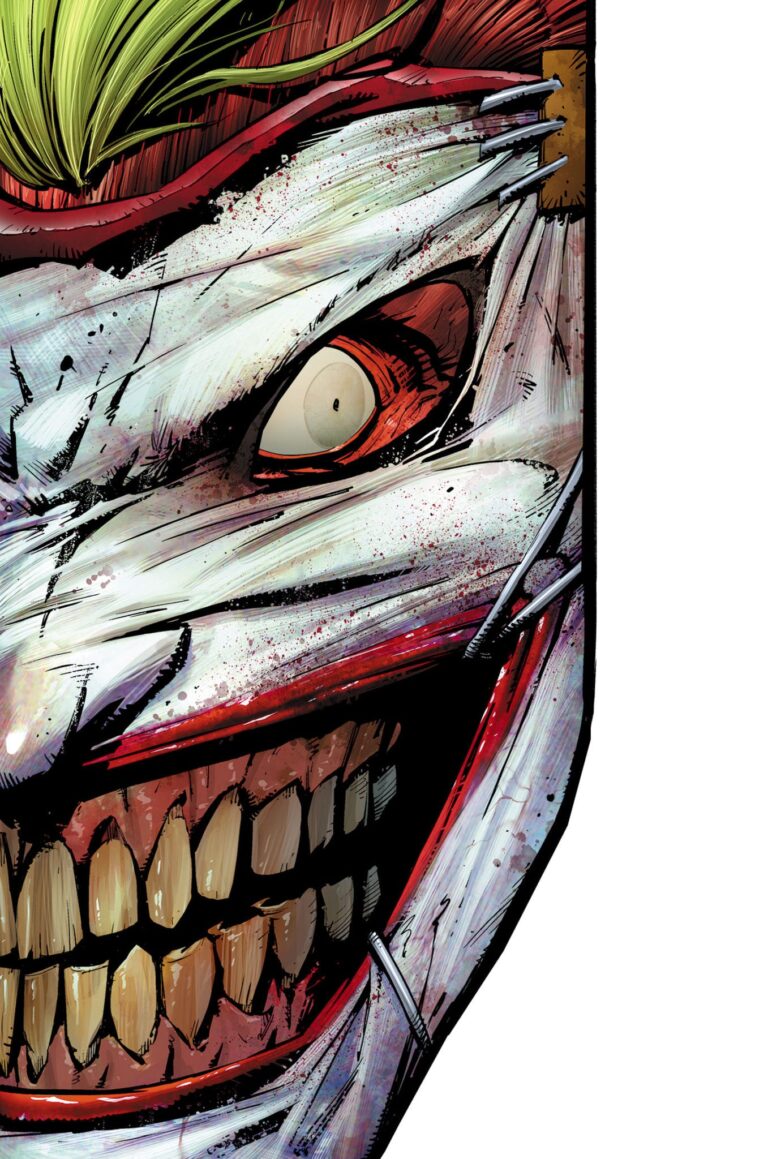 Batman: Death of the Family

Death of the Family finds the Joker returning to Gotham City after a long absence and attacking Batman’s allies in an attempt to reinvigorate his rival. The Joker’s implicit homosexuality and his villainy wind together throughout the story, and Batman’s caped crusade reads something like a battle with gay panic. Given the Joker's traditional depiction as a psychopath-cum-performer in dandyish purple dress, the coding of the character as a gay man arguably goes back decades. Were this not creator Jerry Robinson’s intent, readers can still locate the Joker within a tradition of villain portrayal that relies on gay signifiers and a feminizing of male figures. Frank Miller's Dark Knight Returns took the character’s sexual orientation from subtext to text, presenting a Joker who calls Batman "darling" and "my sweet." Unlike most other iterations of the character, Miller’s Joker applies lipstick in full view of the reader—he’s not only a performer but also a genderfucker. Snyder and Capullo take Miller’s interpretation a degree further. The character doesn’t actively identify as a gay man, but the writer and the artist double down on Miller’s coding and insinuations.

Snyder wrote prose horror stories before coming to comics, and Death of the Family begins in the manner of a slasher movie. Capullo’s opening panels are cinematic in the dullest sense; readers see a series of widescreen exterior shots as a van approaches a dark and stormy Gotham. This is prelude to the Joker’s first attack, on the Gotham City Police Department. In the pages that follow, he breaks the necks of police officers under the cover of darkness.

Capullo’s design for the Joker resembles that of a slasher-movie menace. For reasons predating Death of the Family, the character’s skin has been removed from his face, and Joker holds it on with sutures. The effect is ridiculous, although the design at least departs from portrayals of the Joker as a criminal dandy. (He also wears a handyman’s jumpsuit for the story’s first few chapters.) But Snyder and Capullo’s take on the Joker as a movie monster is not incompatible with their queering of the villain.

As Harry Benshoff argues in Monsters in the Closet, “the figure of the monster throughout the history of the English-language horror film can in some ways be understood as a metaphoric construct standing in for the figure of the homosexual.” Benshoff’s book, published in 1997, already reads like the product of an earlier era, but then so does Death of the Family, and the processes Benshoff outlines relative to horror films applies to Snyder and Capullo’s work as well: “homosexuality is used to further delineate the depravity of the villain.” Death of the Family’s Joker is a monstrous other, and his monstrosity manifests itself through both acts of violence and romantic overtures.

In one of Death of the Family’s backup features, a flashback drawn by Jock, the Joker enlists the help of Harley Quinn, his quasi-ganster’s moll. Like Snyder and Capullo’s slasher film scenes, the inclusion of Harley might read as evidence that Snyder isn’t leaning on allusions to the Joker’s queerness. But the Joker rebuffs a come-on from Harley, too focused on his plans for Batman. (This being a contemporary DC Comic, these plans still require Harley to take her clothes off.) Harley Quinn proved immensely popular among fans following her debut in Batman: The Animated Series, and yet neither Snyder nor Grant Morrison, the other most popular Bat-writer of the last decade, has used her in Joker stories in any large capacity. Harley acts as a herald for Joker in Snyder’s story, but following that moment, the story doesn’t find room for her. 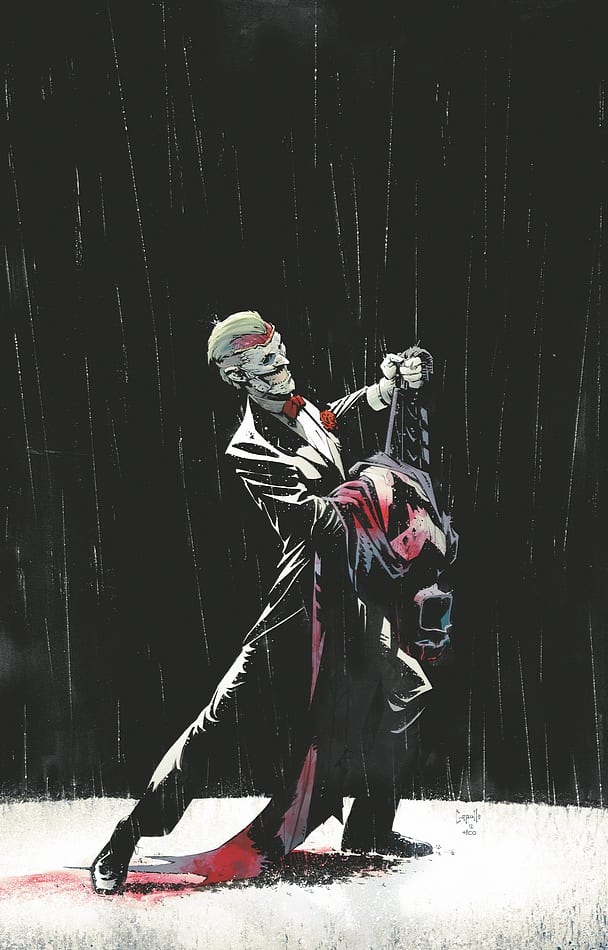 Throughout Death of the Family’s opening chapter, the Joker’s dialogue is light on the terms of endearment that readers find in The Dark Knight Returns. “How I’ve missed you,” he tells Batman in a recorded message, but that’s the issue’s most charged line. Only in the story’s second installment do Snyder and Capullo escalate the gay coding of Frank Miller’s work. When Batman finds the Joker waiting for him on a Gotham bridge, his enemy’s first words are “Hello, darling.” A few spreads later, after a trap snares Batman, Capullo stages a series of homoerotic exchanges. One panel depicts Batman bound and on his knees, his head at the level of the Joker’s crotch while the Joker clasps two hands together with glee. On the opposite page, with Batman still trapped, the Joker bends over a rail and points his butt toward Batman’s face. Making guesses about the intentionality of these compositions is a losing game. But Capullo’s intentions are not the only measure of whether or not Death of the Family is a homophobic text. Even as possible accidents of staging, they contribute to a story in which Batman’s terrorized by an opponent who seems to operate out of a single-minded desire to fuck him.

Occasionally, references to the romantic or sexual undercurrent of Batman’s struggle with the Joker read as deliberate efforts by Snyder to foreground the topic. In the third chapter of Death of the Family, as Batman contemplates the Joker’s emotionless eyes, he urges himself to “Ignore the fact that what you [finally] saw those black points expand with … was love.” Prior to this, the Joker teases Batman with talk of their next encounter: “You might even kiss my hand… As I just kissed yours, my lord, hee hee! My kiss captivates, you see?... It’s that full of devotion!”

In the closing chapters of Death of the Family, the Joker leads Batman through what could be called a tour of intimacies. After Batman’s pursuit of the Joker brings him to Arkham Asylum, he discovers a group of Arkham guards who have been dressed in Batman or Joker outfits and forced to dance with one another—the Joker’s own literalization of the Batman-Joker dynamic. Once Batman frees the guards, the Joker lures him into a makeshift throne room—“where the magic happens,” the Joker says. The story’s final issue begins with a burlesque of a domestic scene: Batman and his loved ones held captive at a dinner table, with the Joker, back in his purple finery, presiding over the meal. 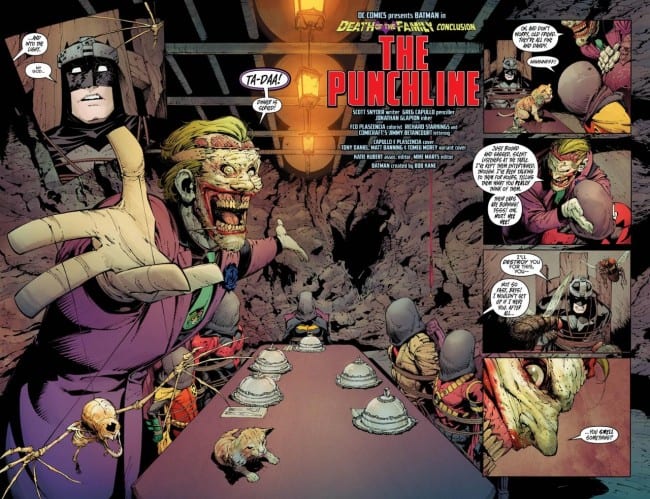 The homoerotic qualities of Batman vs. the Joker have rarely (if ever) been as overt as they are in these scenes, but although the notion of a DC-sanctioned Batman story revolving around gay panic has the crackle of the subversive, novelty is not the same thing as progress. Some of the details in Death of the Family differ from earlier Bat-stories; the larger beats are mostly the same. (Batman defeats his enemy and preserves the Bat-family unit.) Inasmuch as homosexuality is a concern of the story, its treatment isn’t normalized, much less positive, and Snyder and Capullo’s coding of the Joker can’t be considered outside of a larger effort to create the most frightening villain possible.

Since at least Fredric Wertham’s accusation that the Caped Crusader and his Boy Wonder were sleeping together, Batman stories have lent themselves to queer readings. In interviews at the start of Grant Morrison’s multi-title Batman run, the writer even teased “the gay Batman” as an aspect of the series he hoped to revive. Perhaps Snyder sought to explore this feature of the character with the best intentions. But Death of the Family is more reactionary than radical, and Snyder has been the beneficiary of low expectations in the comics press.

The culture of superhero comics encourages repetition; Marvel and DC creators recycle tropes, story structures, and approaches to characterization. Inasmuch as readers approach these comics with certain expectations—to see the last-minute return of a believed-dead hero, the dissolution and reunion of a superteam, etc—this isn’t necessarily a problem. It’s something of a social compact. But the traditionalist character of these comics means creators often recycle the comics’ worst elements too. And in the case of Snyder and Capullo’s Joker, the comics press has signed off on this recycling process.

Most reviews of Death of the Family read like entries in a competition to out-praise the story. Stuart Kelly of The Guardian calls it “a classic in waiting,” while Joey Esposito of IGN suggests that the story will “linger long after you put this comic back in its bag […] absolutely stunning.” Kelly is typical of Snyder and Capullo’s critics in his eagerness to note the story’s romantic overtones and his unwillingness to consider their implications. “That the whole arc of Joker's schemes is a form of twisted love letter (and dinner date), designed to prove that he loves Batman more than anyone, is just part of the multi-layered thrill of this storyline,” Kelly writes.

Among the more alarming takes online comes from Newsarama contributor Forrest Helvie. Colin Smith, of Too Busy Thinking about My Comics, criticized the story for a structure that left readers “longing to see the Joker not simply defeated, but beaten and demeaned,” one of the few reviewers to do so, and gave Helvie the opportunity to explain why he graded the final issue of Death of the Family at a perfect ten out of ten. In a guest post on Smith’s blog, Helvie cities the story’s Harley Quinn scenes:

That Joker rejects Harley in favor of his pursuit of his latest and "greatest" scheme centred upon elevating Batman to all new "heights" speaks to the psycho-sexual tension Snyder is weaving into this story. Harley is used and cast aside […] one of many examples that highlight the depravity and inhumanity of Joker. And while I am hesitant to say the Joker gets what he deserves, […] it is hard to feel bad for the beating the madman finally receives from Batman in light of his demeaning treatment of one who he ought to have treated with at least some .. modicum of decorum if not deranged affection.

The same gestures that mark the Joker as an other, gestures with a “psycho-sexual” charge, also stoke the reader’s desire to see him thrashed. For readers like Helvie, this process isn’t merely a part of the text; it’s evidence of the story’s sophistication.

A possible instance of actual subversion takes place in the final chapter of Death of the Family, and during a highly visible moment. As the Joker dangles above one of the Batcave cliffs, Batman threatens to “stop the game once and for all.” Readers learn that he knows the Joker’s name, his history, and that he’ll tell an unwilling Joker all about it. “I can whisper it right into your ear,” Batman says, and drags his enemy upward until he holds him cheek to cheek. At this, the Joker panics and lets himself fall. It’s one of the most homoerotic moments in a story full of them, and the only time Batman appears to embrace the tension. But if Batman’s weaponized whisper complicates the dynamic as Snyder and Capullo have presented it to this point, the gesture also brings to mind a dog whistle—that is, the perfect metaphor for Snyder and Capullo’s story. At the climax of Death of the Family, as elsewhere, intimacy is a threat—or even a reason to jump. 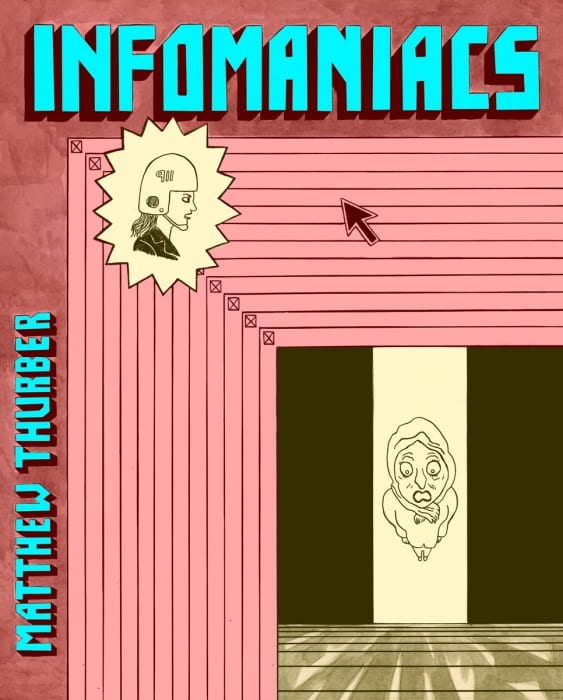 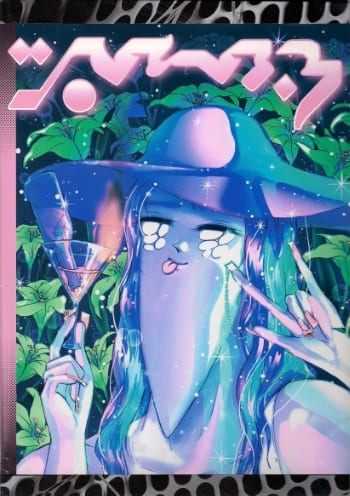