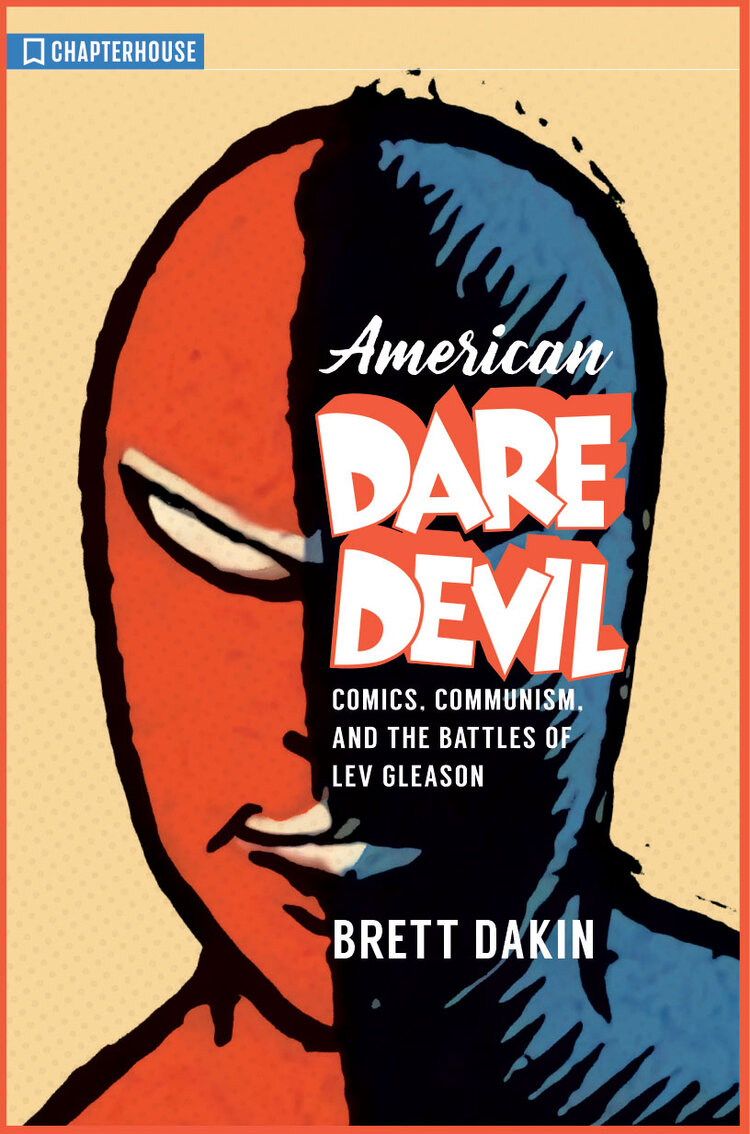 American Daredevil: Comics, Communism and the Battles of Lev Gleason

Brett Dakin is a lawyer and freelance writer whose first book, Another Quiet American: Stories of Life in Laos (2004), recounted his experiences living and working in Vientiane, Laos at the end of the 1990s. His latest book is about one of the most important comics publishers of the twentieth century - Leverett Stone Gleason (1898-1971) - who was also the author’s great-uncle. Grounded in archival research and oral history, American Daredevil tells the remarkable story of Gleason’s many and varied business ventures and his battles against both McCarthyites and anti-comics crusaders. Anyone with an interest in comic book history and/or the Popular Front will want to know about this book.

Although “Uncle Lev” died five years before Brett Dakin was born, he heard plenty of stories growing up about his mother’s “flamboyant, free-spending uncle from New York City.” He knew that his great-uncle had served in the Army, made and lost a fortune in publishing, and gave candy to kids in the neighborhood. After reading Michael Chabon’s Kavalier and Clay, Dakin decided he wanted to find out more. When he began his quest, his mother presented him with a small box of heirlooms that she kept in the “back of a bedroom closet” - old photos, a yearbook, newspaper clippings, and a lock of blonde hair. “I realized,” Dakin writes, “that if I wanted to discover the truth about Uncle Lev, my family was not going to be much help.”

Dakin’s subsequent researches took him to university libraries, comics conventions, and the National Archives. He tracked down a few individuals who knew Gleason when he was middle-aged or older, and talked to experts on midcentury pop culture. Dakin brings a journalist’s eye for telling detail and his prose is informative and enjoyable. Some of what he has to say may be familiar to comic book aficionados. But Dakin has also uncovered a lot of new information.

As Dakin confirms, his great-uncle was born into a prosperous New England family and attended Andover and Harvard before dropping out of college to serve in World War One. After the war Gleason worked as a stockbroker and ad man in Boston before relocating to New York City. “By 1933,” Dakin reports, “Lev had a job as an advertising manager in the Manhattan offices of Eastern Color Printing,” which issued such keystone titles as Funnies on Parade and Famous Funnies. One of his coworkers was Max Gaines. Gleason subsequently landed a job at United Features Syndicate, another player in the early history of comic books, where he became “the first editor of Tip Top Comics.” In 1937 he turned down the chance to publish “a proposed new cartoon hero named Superman.”

When Gleason opened his own company one of his first hires was Jack Cole, the future creator of Plastic Man. Shortly thereafter he recruited Charles Biro. Setting aside Superman he evidently had an eye for creative talent as well as commercial opportunities. Between 1939 and 1956 Gleason launched 25 comic book titles, the most notable of which was Crime Does Not Pay (1942-1955). While crime was the company’s chief money-maker, at different times it tried its hand at the superhero, mystery, romance, comedy, western, and children’s genres. Strictly speaking, the term “the company” is misleading given that between the late 1930s and the mid-1950s Gleason legally registered a dozen imprints, from Junior Reader’s Guild and Your Guide Publications to Lev Gleason Publications. Dakin is generally more attuned to the business history angle than to the cultural one, and the reader is often left to surmise the style and content of these comic books from their titles. But the business history of early comics is fascinating in its own right, and Gleason was clearly a central player in the story of comics in the 1930s, 1940s, and 1950s.

One of the many surprising revelations in this book is the fact that, in addition to issuing some of the country’s best-selling comics, Gleason published lusty potboilers (with titles like Devil-may-care Girl, The Wench is Willing, and Hotel Wife) and political texts, such as Johannes Steele’s When and How the War Will End! and Howard Fast’s The Incredible Tito! The exclamation marks reflect Gleason’s knack for turning all kinds of prose into ad copy. Gleason also launched general interest magazines, including a progressive version of Life called Picture Scoop, and a lefty take on Reader’s Digest called Reader’s Scope. Throughout the 1940s his periodicals could be found at any big city newsstand: true crime comics, comics for younger readers, and glossy monthlies with articles on the evils of fascism, the value of organized labor, and the need for a vigorous defense of civil rights.

As Dakin’s account makes clear, Gleason was almost frenetic throughout much of this period. For a year or two prior to the U.S. entrance into WWII he co-owned a restaurant called Kent’s at Broadway and 52nd Street. Following Pearl Harbor, he reenlisted in the Army and spent a year in uniform before being honorably discharged in 1943. For several years after the war he edited a pro-New Deal weekly aimed at residents of the towns and villages of northern Westchester, where he lived for more than a decade with his second wife, Peggy. And throughout the 1930s and 1940s Gleason participated in a range of progressive front groups, including the Civil Rights Congress, the Save the Voice of Freedom Committee, and the Independent Citizens Committee of the Arts, Sciences, and Professions. Gleason may have had that entrepreneurial spark, but he was also a participant in and product of the CP-led Popular Front that brought liberals and Communists into an alliance against fascism and segregation.

As the publisher of the country’s best-selling crime comics, Gleason presented a juicy target for post-WWII anti-comics campaigners. Yet as Dakin shows, he was a tenacious advocate for the comics medium. Gleason debated Dr. Wertham on the radio, encouraged readers to write letters on the “benefits of comics,” filed a lawsuit against the city of Quincy, Mass for stifling crime comics, and cofounded the Association of Comics Magazines Publishers, the forerunner to the Comics Magazine Association of America. In 1949 he and Charles Biro launched a comic book called Tops, which billed itself as “The Adult Magazine of Dramatic Picture Stories.” While it only lasted three issues, Tops helped make the case for what Gleason referred to as the “illustory.” In a letter to the New York Times, he argued that:

Those who now propose to sit in intellectual judgement upon the reading preference of millions of adults will soon be confronted with the reality that the dramatic picture-story magazine, called adult comics, if you will, is an accepted means of communication and entertainment, in full maturity, serving side by side with radio, television, and newspapers.

Gleason did not live long enough to see these hopes realized and it does not seem as if anyone ever thought to interview him about his career in comics. He may not have been easy to track down, however. When Dakin asked Charles Biro’s daughter where Gleason had gone, she told him, “we all heard that he escaped to South America.” In fact, once Lev Gleason Publications folded, he and Peggy moved to Cape Cod, where he sold real estate. Their standard of living fell, and their circle of friends shrank. As Dakin notes, “between 1954 and 1956, eighteen comics publishers collapsed” and the “number of comics titles published annually fell from 650 in 1954 to 300 in 1956.” One of the virtues of Dakin’s fine study is the way it conveys the impact of the anti-comics moral panic on his own distant relations.

As it happens, Lev Gleason was publicly vilified not only for his work as a comics publisher but also for his leftism. While he often described himself as a lifelong Democrat, Gleason was a member of the Communist Party in the 1930s and a supporter of Soviet policies throughout the 1940s. As Dakin reveals, he listed his party affiliation as Communist when he registered to vote in 1933 and later told the FBI that he joined in the mid-1930s but dropped out in protest at the end of the decade over the party’s support for the Hitler-Stalin pact. Dakin also confirms that for several years his great-uncle was the business manager of the magazine Soviet Russia Today under a pseudonym, Alexander Lev. This alone suggests he was a trusted party member and not simply a super-New Dealer. Gleason’s touching faith in the fundamental goodness of the USSR was expressed by a 1943 letter that Dakin quotes from, in which he stipulates, “I am perfect willing to uphold the argument that the Soviet Union is not only a republic - but democratic as well!”

Gleason in fact nearly ended up in prison when the House Un-American Activities Committee demanded that he and other members of the Joint Anti-Fascist Refugee Committee’s executive board turn over any and all documents related to its politically suspect work. For many years the FBI maintained a close watch on Gleason and its agents sometimes read his mail, monitored his phone calls, and went through his trash. When he was finally approached by the Bureau in 1953, he was prepared to talk about his own past but not much else. The only names he gave were already in the public record. “Gleason is careful ‘to walk a tight rope,’” the agent noted. “He studiously avoids anything which would cast doubt on his premise that he was in the party originally for the uplift and betterment of mankind, and that since 1939 or 1940 he has been completely separated from any Party activity. Gleason’s fear of involvement is based, in part at least, on a possibly adverse effect which might result to his earning power.”

Brett Dakin is a capable researcher and an engaging storyteller. There are places where he could have gone into more detail, perhaps. I would have enjoyed learning more about Eastern Comics and United Features Syndicate in the 1930s, and about what Gleason was like to work for in the 1940s and 1950s. I’m also curious about whether his progressive ideology seeped into his potboilers and comic books. I could note that Dakin is sometimes imprecise in his use of specialized terminology. He conflates medium with genre and blurs the distinction between communist and Communist, for example. But these caveats aside I found American Daredevil gripping. 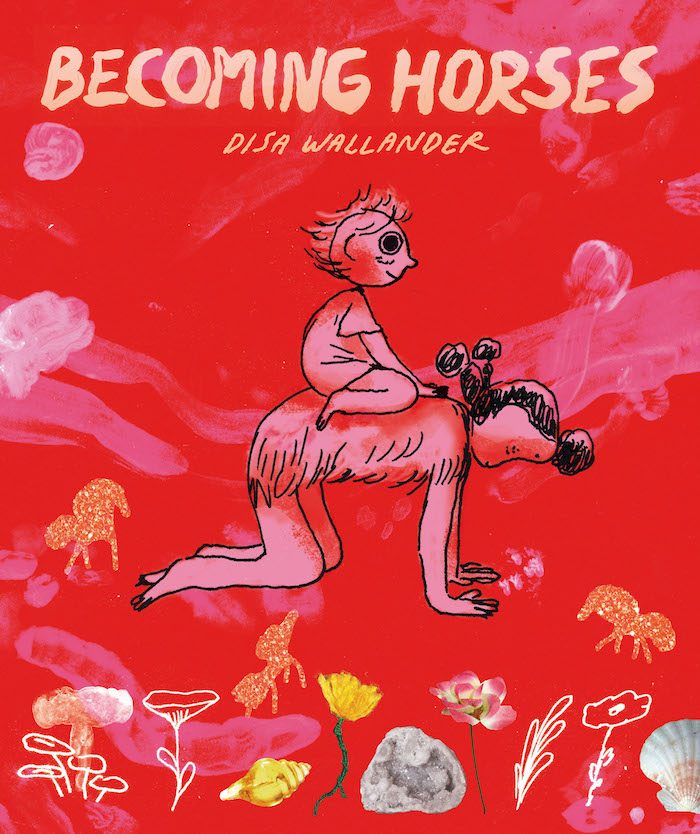