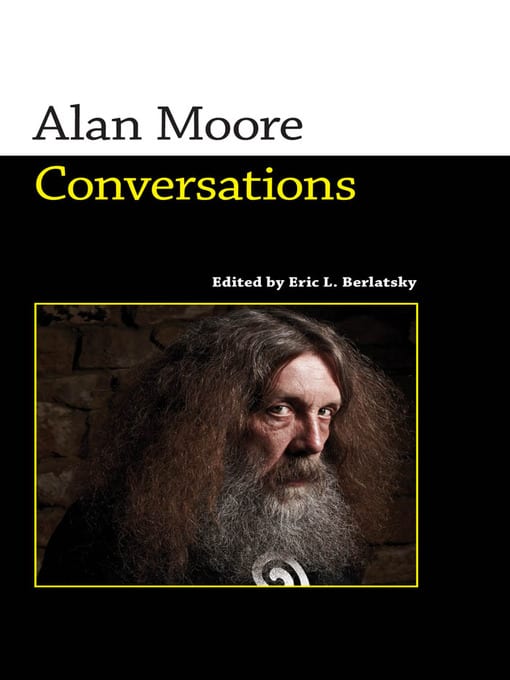 "Where do your ideas come from?" is both the worst question you can ask a writer and, often, the thing we most want to know. No one in the ten interviews collected in Alan Moore: Conversations asks the mad master of comics stories precisely that, but they might as well have, and it turns out that he even knows the answer.

Here's where Alan Moore gets his ideas:  drugs, magic, dreams, history, literature, hanging around Northampton, and occasional chit-chat among friends -- but not necessarily in that order.

In fact, Moore refuses to acknowledge any fundamental difference between these various categories of experience:  Northampton is, in large part, its history, and history is literature and sometimes also chit-chat, and literature is magic, and drug use is magic, and dreams are magic -- and so is everything else, apparently.

These interviews, spanning nearly thirty years, from 1981 to 2009, give us a chance to watch Moore slowly work out and come to articulate his ideas over the course of time. What were vague suspicions in 1981 become a detailed metaphysical theory by 2009. Part of the impetus for his mysticism seems to be demolishing boundaries: time, space, and individuality all being different aspects of a single all-encompassing consciousness -- "God, talking to himself." Perhaps the monist worldview seems less surprising if we remember how much of Moore's work has been about tearing down other kinds of boundaries -- boundaries of genre, boundaries between fictional narratives, political boundaries, moral boundaries, boundaries of identity.

Still, all the metaphysical speculation, along with the worship of a snake-puppet, sounds a bit insane, and Moore cheerfully admits as much. On the other hand, ideas do not have to be sane to be true, and they certainly don't have to be sane to be interesting. And Conversations is dense with interesting, disorienting, provocative ideas. Moore pontificates on everything from the science of time travel to the psychology of Edward Hyde, to the "evil" nature of the movie industry, to the causes of the Great War. His ideas are not always right, but then, one gets the distinct impression that he'd sooner be fascinating and mistaken then dull and correct.

The sheer force of his talk is enough to carry one quickly, if dizzily, through the book. The sharpness of his mind, the bold digressions, the quick wit, and his seemingly bottomless store of good humor pull one in, like an undertow. And in that sense, the title of this collection is a glaring misnomer. Whatever these are, they are not, with one or two early exceptions, conversations, any more than George Carlin's monologues, or the Socratic dialogues, were conversations. What they are instead are long, spiraling, brilliant, sometimes illuminating rants, punctuated by the occasional, practically irrelevant question. Moore's interviews are performances, pieces of theatre in which, whatever the subject, the real drama is the mind of Alan Moore.

Some of Moore's ideas are big and crazy, but in interviews he's at his best when discussing some practical detail of his work, when he tells us, for example, how Lost Girls came together, or when he describes, not the plot, but the narrative mechanics of Watchmen, and, in general, whenever he returns to the theme of things that comics can do that no other medium can. There are a lot of insights here, in terms of how he does what he does, and why he does what he does. And while a writer certainly can't dictate the meaning people find in his work -- especially in a collaborative medium like comics -- he does, nevertheless, have a unique and interesting vantage point. He cannot tell us how to read his work, but he can tell us how he wrote it.

People who study or write about Alan Moore will find this book useful. And his more obsessive fans might consider it fun. But it is not as fun, and ultimately not as useful, as the body of his work. Moore's comics continue to surpass any comment one might make on them, even when the source of the comment is Moore himself. 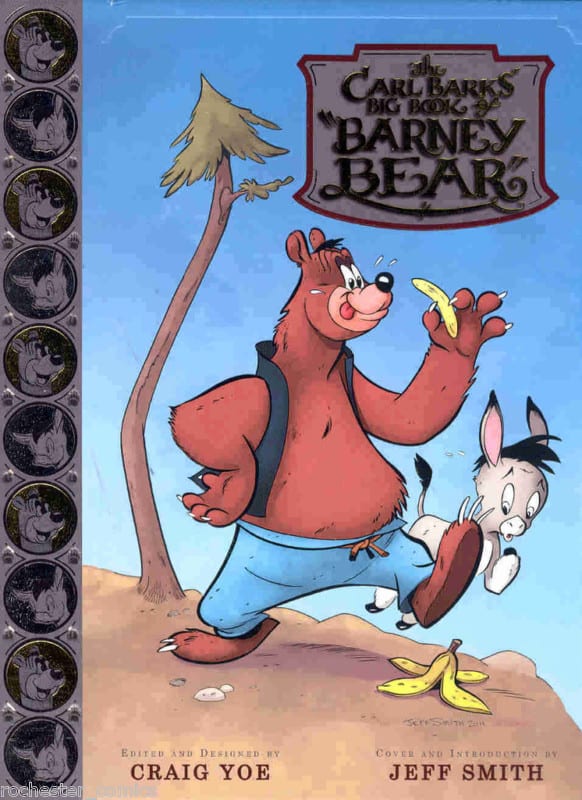 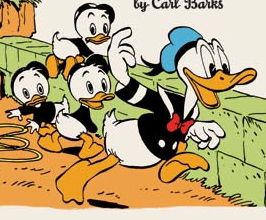