Today, we have Shaenon Garrity's latest column, which this time around is a lot more personal than usual, chronicling her history with Joey Manley's recently shuttered Modern Tales webcomics site:

Joey had a plan for making money. By 2001 he’d begun talking to cartoonists, sometimes over email, sometimes in person. He’d made contact with an eclectic group of webcartoonists in Chicago and was wooing small-press creators in the Bay Area, taking them out to dinner and talking Internet. His plan: a subscription-based webcomics site. Maybe 30 artists, ongoing serials, a monthly or annual fee to read the archives, with the profits split between the artists based on number of hits. In the spirit of old pulp magazines like Amazing Stories and Weird Tales, it would be called Modern Tales.

Meanwhile, Joey was educating himself about webcomics. He set up a podcast, Digital Comics Talk, and a comics review site, Talk About Comics (which continued for many years in various forms, eventually morphed into Graphic Novel Review, and finally passed away peacefully in its sleep). He hung out on message boards. In a corner of the online world that was, back then, small enough that you could be Known pretty easily, he was starting to be Known.

I don’t know how Joey found my comic Narbonic, probably through the Bay Area indie crowd, but at some point it made it to the bottom of his list and he emailed me. He recruited me all sneaky-like. I know, because I kept the email.

Action-packed comics don’t often owe to depictions of characters sifting through moldy correspondence, deciphering archaic language, and unlocking mantras typically reserved for cellars or graveyards. The Case of Charles Dexter Ward is largely driven by words, but Ian Culbard -- evidently also prone to unearthing dusty texts -- has adapted several novels for the comics medium and nabbed the British Fantasy Award for Lovecraft's At the Mountains of Madness (2010), so he knows well how to move the author to a stylish visual format. There's lots of talk here, yellowed newspaper cut-ins, and letter reading, each set on black pages. Culbard's slope-chinned cast wears angular-cornered overcoats and facial expressions styled with minimal line work. They're dead ringers for the affluent, early 20th century Brit zombies he drew for The New Deadwardians (2012), perpetually serious figures who mull documents and converse in the tall, plush chairs preferred by the era's upper class. But within these dialogues and rigorous literary exploration lie an urgency and a textured work of horror.

—Eisner Awards judge Charles Hatfield reflects on the nominating process, which sounds like it was a very positive experience.

—Buried at the bottom of this promotional blog post is the news that Chester Brown has apparently rewritten all of the text and dialogue in The Playboy for a new paperback edition. He's sort of becoming the Henry James of sex comics.

—Alan Moore talks at length about Nemo: Heart of Ice and his upcoming Lovecraft series Providence with his favorite interlocutor, the man whose name must be copied and pasted to be spelled correctly, Padraig O Mealoid. Also, video has emerged of an old Moore performance of his hard-to-find CIA conspiracy book Brought to Light.

—Not Comics: An interview with J. David Spurlock, the co-author of a new collection of Margaret Brundage art. Brundage may not have been a cartoonist herself, but her pulp magazine covers were a huge influence on early comic-book imagery.

—Apparently, there's a long Les Coleman essay on Mark Beyer in the most recent issue of Raw Vision. 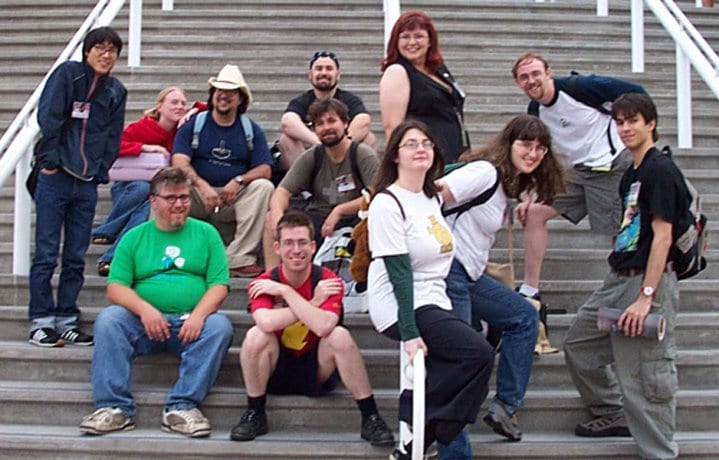 One of Those Things 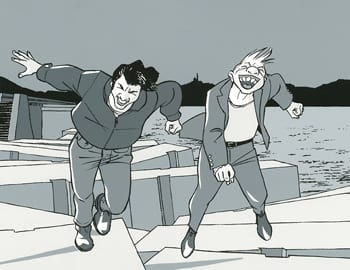