Ah, now the story of this long, strange trip can be told. People who may have thought Fantagraphics was simply reprinting Against the Grain (2003) couldn’t be more wrong. Little could they have known …

Bhob Stewart, who originally began this project for Fantagraphics, ultimately came to regard the version of it that saw print from a different publisher as a profound and bitter disappointment. 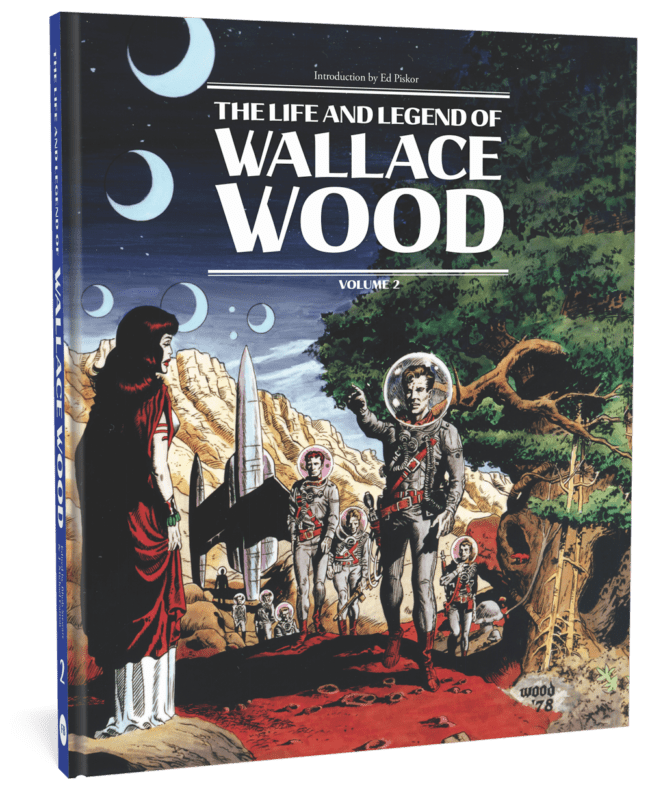 Despite the fact that it was well received at the time, Bhob cringed at the mediocre paper, the less-than-stellar reproduction, and the cheap binding. (Pages are literally falling out of my softcover copy.) But most of all — the thing that made him grind his teeth the hardest — was the censoring of Wallace Wood’s art. Bhob never got over that.

In another instance, Bhob had cleverly reconstructed an EC “prank page” in which Wood drew a nude female figure. It was so heavily censored that readers rightly wondered what all the fuss was about. (To set things right, an undaunted Bhob wrote an essay explaining the whole muddle. We re-reconstructed the prank and that became a new chapter in Volume 1.)

It was ridiculous. It was appalling. It was a desecration. But Bhob had signed a contract, and he felt he was stuck.

It didn’t have to be that way. Bhob had begun working with Fantagraphics on the book, and advance chapters began to appear in The Comics Journal. But another Wood fan and collector, impatient at the slow pace of things, persuaded Bhob to jump ship and take the project elsewhere. As you might expect, there were some bruised feelings over that.

Still, the information Bhob had gathered over the years was very good. Bhob had been a Wood assistant in the 1960s and was in contact with other Wood assistants. Everyone was on board, and all agreed that this was an important project that deserved to see print.

So, despite his dismay and disappointment over the censored and truncated version of the book, Bhob kept at it, enthusiastically tracking down more artwork and faithfully continuing to assemble more contributions, in the hope that another publisher might someday redeem his dedication and hard work, which stretched over decades.

Ultimately, Bhob returned to Fantagraphics with all his new material and asked for a second chance. Wood deserved it, he argued, and we agreed. We began planning a book that would do Wood (and Bhob) proud.

We had access to the original scans from the earlier book, but many of them were worthless because of the ways the images had been defaced. Others simply weren’t up to our standards. So, although this new two-volume set contains all of the artwork from the earlier book (plus lots more), much had to be re-sourced and re-scanned. One bonus from all that new research: in some cases, we were able to upgrade scans that had been made from printed comic book pages to new scans made from the original art. Things were on track and looking good.

Bhob had been in poor health and living in a nursing home, but he was in frequent contact with the editor here who had been assigned to help him, and the two of them were working on the outline of the book, deciding on where the new material would fit in, what the sequence of chapters would be, and what more was still to come.

At the time of Bhob’s death, we had enough material to make a book (a very good book) but quite not the book we were all envisioning. Then that editor left Fantagraphics for another opportunity.

The project was turned over to me, and I began working with a designer, trying to pull everything together and to figure out how to cover the gaps in the Wallace Wood story that Bhob hadn’t been able to get to. The book we all wanted to see demanded it, and the writers I approached came through with significant new insights about Wood and his work.

Then that designer left for greener pastures. No, this was no simple reprint project. But we persevered, and when everything finally came together, one book couldn’t hold it all. And so one book became two.

• The only two EC cover re-creation paintings Wood ever did gracing the covers of Volume 1 and Volume 2.

• Mark Evanier’s previously unpublished interview with Wood about working at Marvel in Volume 1, Paul Levitz’s personal recollections of working with Wood at DC in Volume 2 (accompanied by some exceptional Wood original art from All-Star Comics).

• Bhob Stewart’s lament over the censorship problems he had with Against the Grain in Volume 1, Ben Saunders’s detailed look at the making of Wood’s most famous story, “My World”, in Volume 2.

• Larry Hama’s funny memoir-disguised-as-fiction about working as Wood’s assistant in Volume 1 and his additional thoughts in Volume 2; Fershid Bharucha’s tragicomic account of Wood’s 1977 visit to France in Volume 2.

• Ralph Reese’s expanded memoir of his days with Wood in Volume 1; Wood’s full-on rant against editors, art directors, and publishers in Volume 2. (Thanks to the Wallace Wood Estate for that, and much else, too.)

• Amusing self-portraits of Wood at various stages of his career in both volumes — and Bhob’s own personal and touching memoir of Wood in Volume 2.

Then there are the artistic tributes — caricatures and portraits of Wood by his EC colleagues, one of his assistants, and other famed artists who see him as a guiding light for their own work: Will Elder, Al Feldstein, John Severin, Marie Severin, Peter Hsu, Michael Cho, Daniel Clowes, Robert Crumb, Drew Friedman, Michael T. Gilbert, Ed Piskor, and Dave Sim.

Several images appear in this two-volume set for the first time anywhere, including Wood’s 1978 painting re-creating a Weird Science cover that adorns the cover of Volume 1 (mentioned above) and a never-before-seen photo of Wood in Volume 2 that he likely used for his famous self-portrait in the classic “My World” (compared side-by-side). There’s also a historic shot of Wood with two other 20th Century comics giants — Bernard Krigstein and Harvey Kurtzman — published for the first time in color, and a photo of Wood with comics legend Jerry Robinson at New York City’s Playboy Club.

Including Bhob, The Life and Legend of Wallace Wood Volume 1 and Volume 2 went through three editors and three designers here at Fantagraphics. (And that’s not counting the folks who worked on the chapters that originally appeared in The Comics Journal, way back when.) My profuse thanks to production artists Preston White and Paul Baresh for their unstinting dedication in getting the art in these two books to look as sharp as possible, and to designer Michael Heck who saw Volume 1 through to completion and designer Sean David Williams who brought us over the finish line with Volume 2.

The final tally? The Life and Legend of Wallace Wood Volume 1 and Volume 2 together contain 57 chapters (vs. 36 chapters in Against the Grain) and approximately 890 images (vs. approximately 562 in the ATG softcover; 595 in the hardcover). The combined page count is 528 (vs. 336 ATG softcover; 354, hardcover). The page size is an expansive 10 x 12 inches (vs. 8.5 x 11), and the book is printed on high quality acid-free paper, full color throughout (vs. a low-grade paper, in black-and-white, with a 16-page color section added to the hardcover version of ATG). Both Volume 1 and Volume 2 are hardbound, with smyth-sewn binding (which means that not only does the book lie flat when open, but it will still be intact and tight 100 years from now).

Despite the twists and turns of unkind fate and various detours and setbacks along the way, The Life and Legend of Wallace Wood — at last, after more than 30 years of hope and toil and tears — is as good as Bhob Stewart and I, all the writers and artists involved, and all the hard-working folks at Fantagraphics can make it. We hope you find it engaging, insightful, funny, tragic, cautionary, quirky, and inspiring — as I did in reflecting upon Wallace Wood and in the incredible generosity of spirit displayed by all the men and women who helped pull this project together. It has been, literally, a labor of love. Thank you, one and all.

Rest well, Bhob. You earned it.

And one last time, from all of us — Hooray for Wally Wood! 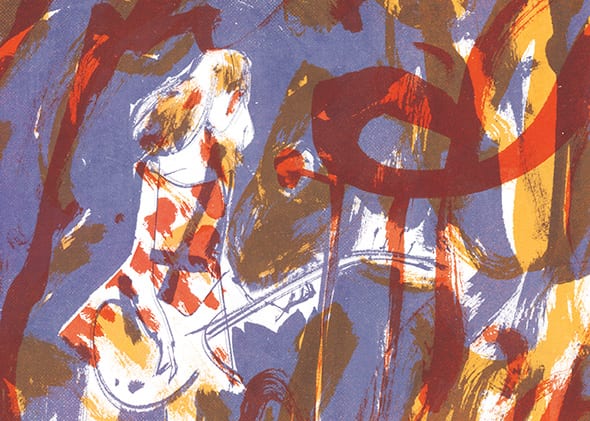 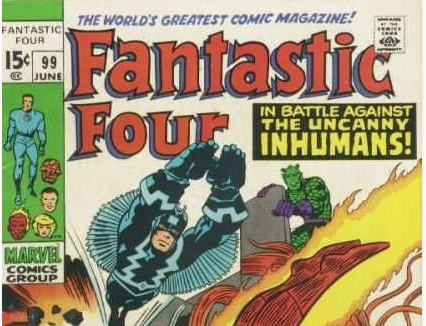