Today on the site, artist Jim Shaw is here with his report of a trip to Comic-Con, taken along with his 15-year-old daughter:

I am trying to figure out the ways to approach the one Silver Age artist scheduled, Ramona Fradon, who is a new idol of mine and won’t appear until Friday. As I wander the periphery dedicated to the art that inspired the Comic-Con originally, I realize that the things I once bargain hunted through, old comic books and original art, had inflated faster than the real estate in my gentrifying neighborhood. Silver age comics that were seven dollars twenty years ago are now priced at $700. I feel lucky to have collected a bit in the old days, and realize that the seemingly expensive reprints I now hunger for are a bargain. This inflation is probably tied to the appearance of auction houses that, as far as I know, are as rigged as those in the art world I normally inhabit. The real reason may be tied into the new world of post-reality economics, in which inflation has nothing to do with rising wages and stock prices have no relation to the productivity of the companies whose stock is being traded. It mostly seems to relate to a world of excess wealth searching endlessly for an investment that pays higher than interest rates, usually that forgetting most such investments are risky anomalies followed by crashes. Some of that excess cash seems to be ending up in the old comics market.

And we are excited to welcome Rina Ayuyang, as she begins her week contributing our Cartoonist's Diary.

—Reviews & Commentary. Paul Constant has found a weekly home over at the Seattle Review of Books.

Michael Dooley at Print picks the 21 best comic-book artists at Comic-Con from a design perspective.

—Interviews & Profiles. Kate Beaton was on Make It Then Tell Everybody.

—Misc. Now even major newspapers like the Chicago Tribune are doing those photographic tours of comic shelves thing -- this time with Aaron Renier and Jessica Campbell.

The lit magazine Nat. Brut (which often has a heavy comics content) is having a fundraiser. (Editor Kayla E contributed to A Cartoonist's Diary a while back.)

A dictionary of comics onomatopeia? 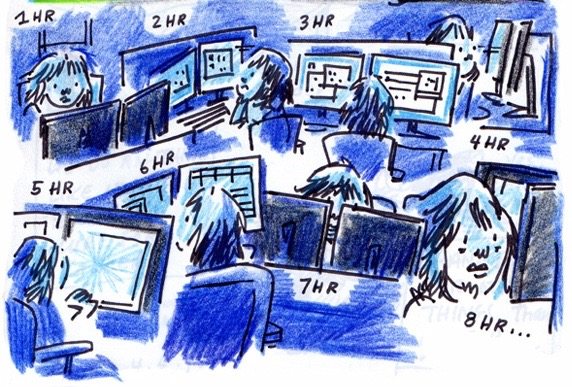 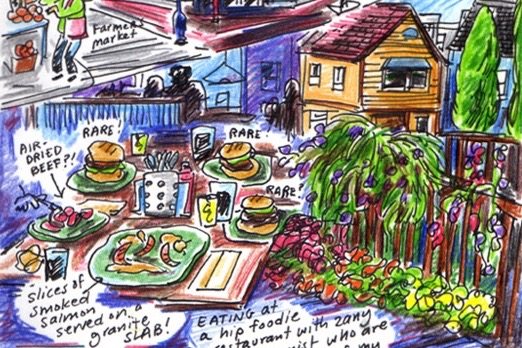