What follows is a pair of recent tributes Natsume Fusanosuke wrote for Japanese newspapers, concerning the pioneering cartoonists Saitō Takao and Shirato Sanpei, who died, respectively, on September 24, 2021, and October 8, 2021. The two articles are here presented in English for the first time.

The Genius and “Exact Opposite” of Tezuka Osamu: Remembering Mr. Saitō Takao
(Ahead of His Time, Using the Division-of-Labor System to Make the Gekiga Golgo 13)

Hard to believe that on a day when Japan is being hit by a typhoon that I would be writing an obituary for a man who once produced a work called Gorō the Typhoon. The manga artist Saitō Takao was born in Sakai City in Osaka in 1936. He died at the age of 84. As he mentioned once himself, he was an artist that was not well-received by the critics, but he is definitely a person whom we must try to re-evaluate because of the greatness of his long-lasting achievements.

In 1959, artists like Tatsumi Yoshihiro, who came out of the Osaka-based rental-manga industry, established “gekiga” (dramatic pictures) as a new form of manga aimed at a specific older target demographic. At the time, Saitō was only 23 years old when he joined in this movement. He immediately broke from the pack, and the action gekiga he drew, like Gorō the Typhoon and such, were so crisp and cool-looking that his fan-favorite status soon became overwhelming. It’s funny though, because Saitō himself—all throughout his life—never liked his own drawings and long struggled with that self-loathing complex about his art.

Once the rental-manga market disappeared, Saitō and his colleagues began to publish their works in seinen (young men’s) manga magazines put out by small publishers from about the mid-1960s. At the forefront of these new artists was of course Saitō, but he was simultaneously working at another stage, getting published in the “major leagues” of shōnen (boys’) manga magazines. Weekly Shōnen Magazine, for example, which was established in 1959, ran his Muyōnosuke (Useless Guy) from 1967 to 1970, and so Saitō ended up becoming one of the most important people who gave that magazine its gekiga focus.

When Big Comic was started in 1968, Saitō used his production company and its division-of-labor (bungyōsei) system to put out amazingly high-volume 36-page installments every month for the new magazine. This was the same year in which he started to run his famous manga Golgo 13, which did more than anything to extend the gekiga boom far beyond its time, so now whenever when we think of the gekiga art style, you think of Golgo 13. This is a work that has been running for 53 years and has been published to date in 202 volumes. Even after Saitō’s death, its production will continue.

Saitō noticed earlier than others did that manga, which started as an entertainment for children, had enormous potential to grow and develop as a form of mass-entertainment media done for the young men’s and adult manga readerships.

No one else in the early 1960s could have imagined such possibilities, and it was Saitō who boldly realized a production system that could turn out mass quantities of product without sacrificing quality—all done through a system where multiple manga artist assistants would take on a part of the labor process. In this way, Saitō separated himself from other manga stars at the time; and, because he completely followed the path of pure entertainment, he was poorly received by critics from this time.

Postwar manga from about the latter 1960s increasingly expanded by marketing to the postwar baby boomer generation, and, by the 1970s, it had fully become established as a large industry, but it was Saitō’s production system that exerted a huge influence on the industry at that time. Furthermore, it was Saitō who showed other artists of his exceptional power to break away from Japanese thinking and establish his own publishing company independent of larger industry support. Through his own company LEED he released his own trade paperbacks and magazines featuring Golgo 13, and then continued on with serializations of his samurai-era manga Onihei’s Crime Note (Onihei Hankachō), which he turned into a huge hit. Saitō showed Japan the power that manga artists had to make their own wildest dreams come true.

When he asserted that, “If you cannot be a genius like Mr. Tezuka [and do everything yourself], then you have no choice but to divvy out the work for things like character development, the plots, etc.,” no one in Japan could understand him, but actually, it is easy to say now that the manga industry’s production in and after the 1970s ended going exactly the way Saitō conceived it.

Even if you asked the man himself why he had the ability to imagine such things, I could never get him to give me a good answer. Maybe it was just natural for him to have this level of imagination. I have no other way to see him as a manga artist who had a kind of genius, but his kind was the exact opposite of Tezuka Osamu’s.

With manga artists, so many of them were kids who were bullied a lot, but Mr. Saitō was the big, strong guy type, like Giant (from Doraemon). And, as a youngster, he was a mischievous little boy, they say. And, in his later years, whenever I met him, he struck me as a true gentleman, someone with a kind and gentle soul. With all my heart, I pray: may you rest in peace, Mr. Saitō.

"Never to Be Forgotten: Your View of This Cruel World"
(In Memoriam: Mr. Shirato Sanpei)

What a year. First, Saitō Takao and Minamoto Tarō [a notable author of humorous historical manga, who died on August 7, 2021], now even Shirato Sanpei and his younger brother Okamoto Tetsuji have passed away. Most people in my generation would agree that they were big stars.

Shirato and Tetsuji were born as the first and second son of the proletarian painter Okamoto Tōji. Shirato became a painter for kamishibai (Japanese picture-story shows) in 1951. And in 1957, he became a manga artist with his Swordsman of Kogarashi (Kogarashi Kenshi). He got his popularity by drawing ninja manga in the period of the ninja-novel boom in Japan.

From 1959 to 1962, his long kashihon (rental) manga series, Ninja Martial Arts Chronicle: Legend of Kagemaru (Ninja Bugeichō: Kagemaru-den, [a 16-volume series published in 17 books]) was published through Nagai Katsuichi’s Sanyōsha. Later, it attracted college students who saw it as “the manga that depicts class struggle.” Then, he became a pioneer for triggering a wave of manga criticism discourse among Japan’s intellectuals. In 1964, Monthly Manga Garo (Gekkan Manga Garo) was first published by Seirindō, also established by Nagai. In Garo, Shirato and Nagai ran Kamui (Kamui-den), which is a ninja manga that depicts the class structure of the Edo period (1600-1868) with an enormous plot (Part One ended in 1971). Supported through the income from Shirato’s serial publications in big-name magazines, Garo absorbed the best authors of kashihon rental-manga culture, which was dying out. They got Mizuki Shigeru, Tsuge Yoshiharu, Kusunoki Shōhei, Takida Yū, Nagashima Shinji, and so on.

Shirato also established Akame (Red Eyes) Production Company. He created manga with his brother Tetsuji, Kojima Gōseki, Koyama Haruo, and so on. His other brother [Okamoto] Shin established their editing production team, Gin’nan-sha, in 1973. Together, they created a community space for manga creators. These people established this environment not in the foreground of the manga world, so they were like a group of ninjas working behind the scenes. They were like the Kage ninja clan in Ninja Bugeichō.

In the 1960s and 1970s, we can say that Shirato and those around him created a production style of manga creation, which was becoming more and more industrial. In that sense, Shirato’s achievements in manga history are as significant as those of Tezuka Osamu, Saitō Takao, and Ishinomori Shōtarō.

In a Shirato ninja manga, you get a lot going on: there is an ensemble cast-style story that creates an allegory for the class system; expressions of the human body that illustrate life, death, and sex; the cruelty and intensity of real life; there are topics of racism and discrimination; you often see a kind of e-maki (Japanese picture scroll) style narration in his work, too. Moreover, his manga continued the revolution in manga that was created by Tezuka. In Shirato, you get the dense structure of long story-manga with many layers. He was truly innovative. His manga was appealing even to Japan’s intellectuals and stimulated them to create manga theory; moreover, the readers’ opinion and letter columns in Garo grew even more because average readers too were fascinated with Shirato and loved to write about him. The postwar generation then felt inspired by his works, and, his manga advanced post-war manga criticism discourse in the 1960s and the 1970s.

As a reader, I would peep in the rental book stops and catch a glance at Ninja Bugeichō and his The Secret Teachings of Ninja Spycraft (Ninpō Hiwa), falling in love with all of his fictional worlds,and I traced the steps back to the early period when they were first released in paperback. I will never forget that jolt of excitement I felt when I first read Ninja Bugeichō. In the manga, one of the leading female characters suddenly gets killed. Her corpse grows rotten as insects eat at her body. Not even Tezuka had such depictions in his works. Shirato gave you this cruel worldview; he had a large view of nature; he also built into his manga an awareness of social structure.

It is my pleasure to share this gratitude I have as a manga lover to honor the Shirato clan’s achievement in post-war manga history. Finally, I pause to offer the family my deepest sympathies and I pray for the souls of the departed. May they rest in peace. 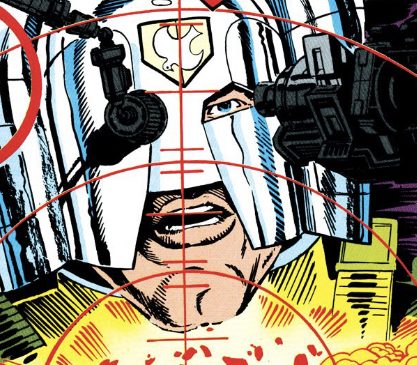 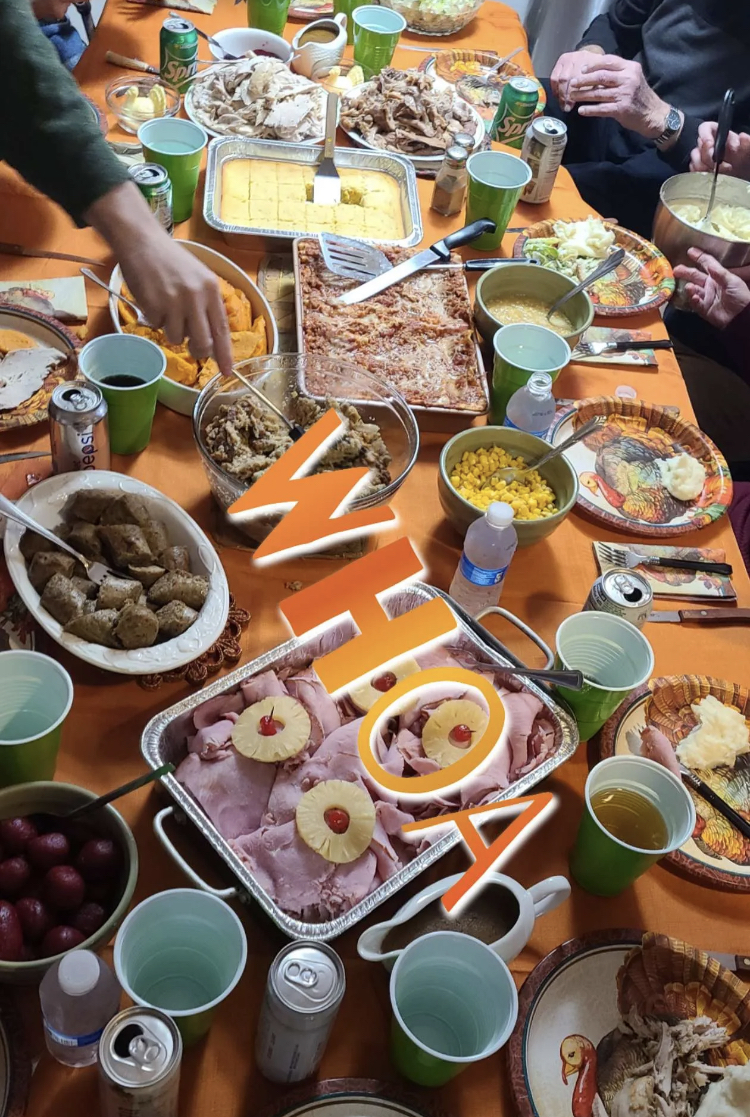 Me I Want A Hula Hoop – This Week’s Links