Franny always referred to Fred as “Mr. Past-tense.” She would add, “He never enjoys himself until he’s on the way home from a party.”

Franny was the late Frances Brungaard Fredericks, of Allentown, Penn., and it follows that “Fred” was the late Harold Fredericks of Pleasantville, NJ. His many friends, colleagues and fans knew him as Fred Fredericks, creator of Rebel, Under the Stars and Bars, and Adventures in New Jersey. Fred will be most remembered for his long stretch drawing his beloved “Manny,” or “The old magician” aka Mandrake the Magician, and handling the Phantom Sunday page for many years. But Fred’s true cartoonist genius as a writer of humor is found in his early work at Gold Key. In the early ’60s Fred was drawing and writing Magilla Gorrila, Nancy, The Munsters, Mr. Ed, and many others.

Fred pounced when King Features offered him Mandrake. It was his favorite comic character, but what a loss to Fred’s fans. No more would we enjoy his natural ability to write really funny material. I know, as a humor writer myself, writing humor is a serious business.

Ironically, and sadly, Fred’s work on Manny was ever eclipsed by the work of Phil Davis, the craftsman who worked with Lee Falk to create the series. Fred toiled almost 50 years on the Old Magician. In one of our last conversations, he admitted the he must have been crazy to stay on the strip for that length of time. Fred’s conservative nature kept him loyal to the task; he just couldn’t risk creating a feature of his own, and we can only now imagine what that masterpiece might have been. Manny made the family wealthy by the standards of the ’60s and ’70s, but as time went on, what seemed to be an adequate income slowly eroded. In all his time at King, he never asked for a raise. Near the end of his tenure on Manny, they gave him a pitiful $100-a-week increase in salary. Over the years, my bud was afraid that, if he asked for a raise, they’d find some cartoonist in Guam who’d draw the strip on the cheap. Fred was correct; the big syndicates do it to this day. But Fred could boast that he “Made Big Money in Comics!” Not many can say that.

Fred was the fastest ink-slinger in the West in that he treasured the old Hopalong Cassidy and Roy Rogers movies, but also was the fastest comic artist alive. Period. And his stuff always displays a stunning freshness. I’d seen his work, admired it, but never thought we’d have him living just a few miles from us in Gillette, NJ. “Burial place of the MGM lion!” Fred would boast. How Fredericksian! Of course, Franny would shoot him down with “The lion was buried somewhere in Sterling!” (The adjoining town.) Actually, over the years, town fathers, visualizing a lucrative tourist attraction, have been trying to locate the grave, turning to trans-mediums, mystics and dowsers. They thought they’d found the bones in one location, but they were remains of a dead whale. It was positively identified as once belonging to a traveling carnival. The leviathan died en route to Gillette and the carcass began to stink, so the roustabouts dubbed it “Smelly Dave.” The boney mass still lies beneath an isolated greensward on the edge of town. The locals say that on steamy summer nights the odor of old Smelly still lingers.

In the late ’50s, just before we met, Fred and Franny were a newly married couple living the Bohemian life in Greenwich Village in lower Manhattan. Fred was fresh from a three-year service in the Marine Corps, most memorably under the gimlet eye of General “Chesty Puller,” a name that always brought a scalding laugh from Franny, who often belittled his Marine service in casual conversation. Fred often quoted Fran’s remark when they visited the Marine Corps Museum in Quantico, Va.: “There’s all these Marine heroes, and then there’s you.”

In a life of constantly battling Deadly Deadline Doom, Fred seldom traveled far from their home in Eastham, Mass. The one exception was an eight-hour trip to the Geppi Museum in Baltimore. Fred loved the old Big Little Books, and Geppi had the world’s largest collection, the Holy Grail for Mr. Past-tense. There, before him in rows of hermetically sealed showcases were the likes of Flash Gordon, Jungle Jim, and most of the comic characters that thrived in the first half of the 20th Century. He would ponder each and every one with moist eye, reflecting on the lost world of Big Little Books. 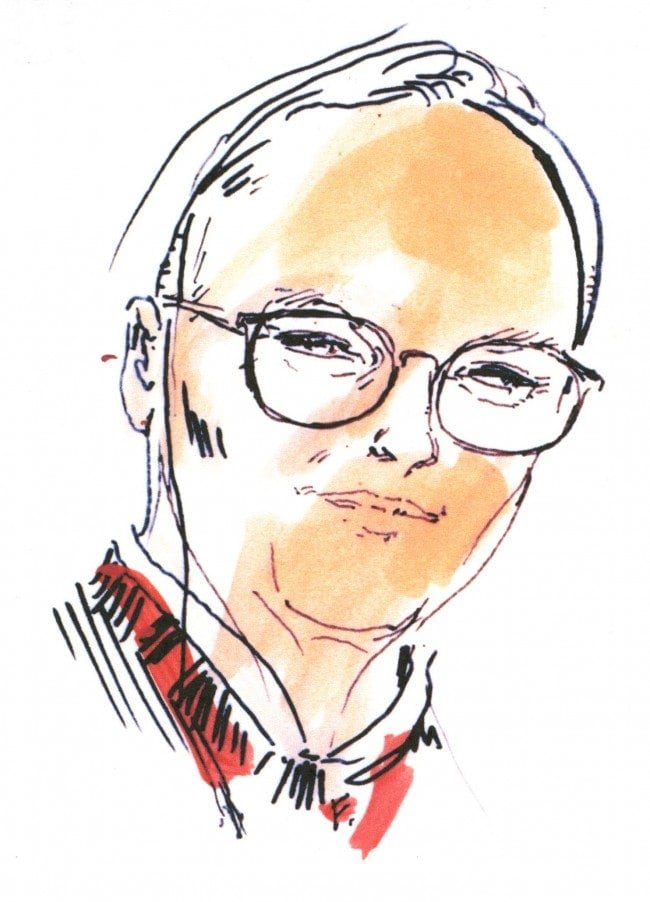 Marilyn, my long-suffering wife of 63 years, often joked that Fred and I should run for president on the Steve Geppi ticket, with Irwin Hasen as secretary of state and Bobby London as secretary of defense. Actually, Fred and I were miles apart politically, but it never affected our long friendship. Fred and I collaborated on many projects over the years. While freelancing for The American Gas Company’s air conditioner campaign, Fred conjured “The Hare Conditioner.” Brilliant. I came up with the rabbit visual, and it became an award-winning promotion. Together we went to Tops Publishing Company seeking work on the lucrative Wacky-Pak gum-wrapper account. It was a very rainy June afternoon as we approached the office door of the legendary Woody Gelman. Bumbershoots in hand, we both tried to gain entrance to the sanctum sanctorum when the handles of our umbrellas hooked together, in the struggle to un-hitch ourselves, our portfolios fell to the floor. Struggling to retrieve them, we bumped heads as the legendary Woody Gelman looked on with studied aplomb.

Fred got lots of work from Gelman. Some of his drawings helped shape the look of the series. I got zip from old Woody, but Fred was always better than me anyway. A highpoint for us was a call from Michelle Urry, the NY Playboy cartoon editor. I concocted Moonshine McJugs, which ran for 20 years in Hefner’s magazine. Then Hef switched me to full-page gags, and that’s when Fred and I began our most luminous collaboration.

Hef would require four or five concepts at each editorial meeting. Fred would come up with four or five to match my batch. Then the wait was on. How many, or how few … maybe a strikeout? If we got the precious “OK HEF” scribbled on the rough, it meant big bucks and riotous phone calls concerning our good fortune. As fate would have it, I would draw the cartoon, while Fred insisted on anonymity.

“Movie night at Uncle Fred’s!” It was an essential part of our early friendship with the Fredericks’. Our four kids, when very young, would eagerly pile into the old Chevy for the short drive to the Fredericks “compound.” Yes, Hyannis has the Kennedy compound, and Gillette had the Fredericks Compound. In the heyday years, Fred and Fran decided they needed more room, so they bought the empty house next door. Not quite Mandalay, the odd structure sat precariously on the edge of a cliff, an anomalous outcropping of the Watchung Mountain range. It was as if the back of the house had been sheared off; the backdoor was sealed, for to open it and exit would offer a precipitous drop down the side of a hill that would end in the Shop Rite parking lot in Berkeley Heights.

Fred got the larger studio he wanted; it was the upstairs bathroom, which had been savaged, leaving a lone shower stall in the middle of the room. To get to his board, Fred had to walk around the disconnected artifact. Actually, seated on a kitchen chair, Fred worked on a small lap-board that leaned on a table. Like they say, “It doesn’t matter where you do it, it’s how you do it.”

The Frederick Compound was the most impressive complex on Gates Avenue, which Weird New Jersey cited as having the most concrete lawn ornaments in the state.

It was, in the basement of the big house, that Fred would place his beloved 16mm projector on the washing machine and select the evening’s program from his expansive collection of 16mm films. It was where the Thorne and Fredericks family watched grand, old black-and-white movies, including the original Phantom of the Opera, Spy Smasher serials, and true classics of mostly pre-code Hollywood films. Poor Fred. Too often, Connie Fredericks would shout, “Oh, another stinky one!” This never dissuaded Fred, he went right on, enthusiastically making sound effects for the fading silent films that were his passion. But it was his encyclopedic knowledge of actors, and the most obscure character actors and stunt men, that amazed all who knew him.

Fred, in either black-and-white or color, will never fade, for his body of work lives on, in books, comic-strip collections, and in the hearts of his many fans.

When the comic-book industry was decimated by Seduction of the Innocent, by Fredric Wertham, I was handed my first Nancy and Sluggo scripts. It was Fred’s writing, with new characters he introduced, that took the feature way beyond anything Ernie Bushmiller ever envisioned. As a result, the Nancy title was selling, while everything else was bombing. After Fred left The Munsters, I was assigned to the book. He made it easy for me, since he had worked out the drawing style and all I had to do was follow it. Fred continued writing the scripts. One of my favorites was when Fred had Herman Munster turning into a giant ape and climbing the Empire State Building. Fred always ended our phone conversations quoting a ubiquitous ad in the old Popular Science magazines: “Make Big Money Drawing Cartoons!!” 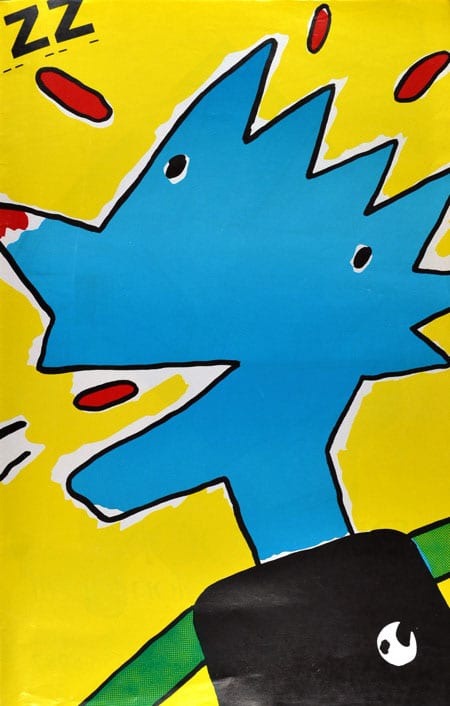 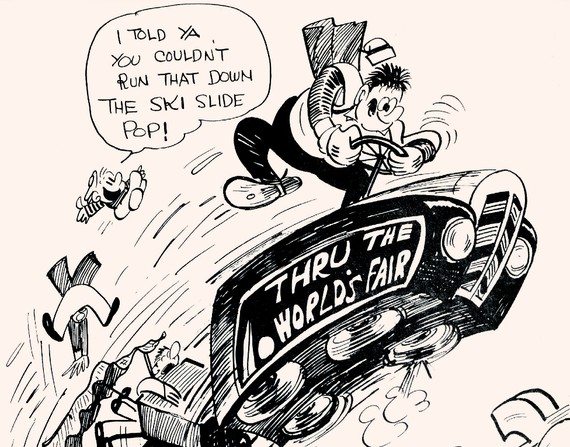