Today is the third day of Jeremy Sorese's week creating our Cartoonist's Diary. This time, he goes to Lincoln Center and remembers Moonstruck.

I am excited to mention that we also have the TCJ debut of Sarah Horrocks, who has mixed feelings about Benjamin Marra's Terror Assaulter: O.M.W.O.T.. (Personally, I found Terror Assaulter to be a real return to form from Marra, and maybe his strangest and most effective comic since his first, Night Business. But despite most media outlets' obsession with scores, thumbs, and stars, opinions are possibly the least important part of reviews.) Horrocks is worth reading:

Terror Assaulter is weird, and at times uncomfortable (particularly in terms of its extreme self-centeredness)--but in all of its discords the book creates an energy that infuses its anthemic punchlines with real force.

While it’s uncertain how a book that had merely depicted this weird world without commenting upon it would have been received within the current cultural climate, which is predisposed to decontextualize imagery to its most problematic aspects, the decision to filter these moments through a host of self-reflexive hipsterish jokes works against any effectiveness Terror Assaulter may have. If the strength of the book is how far into outrageous absurdity this white-male-supremacist vision can go, stopping repeatedly to inform the reader that “hey it’s just jokes” drains away a lot of that power.

We also have the debut of another reviewer, Eszter Szép, who writes about a comics biography of Rembrandt by the Dutch artist Typex. Here is an excerpt:

All biographies face the dilemma of having to balance between the way celebrities and talents of the past are remembered as outstanding geniuses and the monotony of the everyday and hard work they spent their lives in. Typex chose to overcome this problem by saying goodbye to chronology and focusing each chapter on a supporting character of Rembrandt’s life. In this way, and true to a man who painted more self-portraits of himself than anyone before (or since), we see the painter in the mirror of his wife and lovers, son and daughter. What we see is not necessary a nice picture. Stories of betrayal, debt, the plague, and greed, with some occasional lovemaking to cheer us up. Was Rembrandt really that impossible to live with? Yet the way in which this portrait of the artist is shown is truly unique: the visual style of the book is a true match and homage to the atmosphere and style of Rembrandt’s paintings. Some etchings and oil paintings are directly redrawn and contextualized by Typex, offering an interesting game for the reader and her best friend, the search engine, to look for, find, and identify these references. One of my favorites is the scene when the painter is sketching his wife in an idyllic forest setting (on page 81). Having escaped from their own wedding, the pair chooses the company of vine over boring relatives and without us noticing, the famous portraits of Saskia with crazy headwear are born. And in case you really haven’t noticed, go back to page 71 to check.

—Reviews & Commentary. At The Atlantic, Sarah Boxer defends Snoopy against his detractors.

Rachel Cooke at The Guardian is really into Adrian Tomine's Killing & Dying.

—Interviews & Profiles. If you were annoyed or offended by the recent New York Observer interview with Robert Crumb, you weren't the only one: so was Crumb. He claims to have been misquoted repeatedly, and asked a friend to post an explanation of what happened.

It’s hard to say how much the distortions and words put in my mouth by [interviewer Jacques] Hyzagi were deliberate. He taped the interview but as English is not his first language it’s possible that he simply misunderstood some things and put his own interpretation on them. That’s possible. He sent me a first draft which was so bad that I rewrote some of it but was reluctant to mess with it too much for fear of offending him. He was “pissed off” anyway, accused me of being “manipulative” and trying to “control my image.” He did leave in most of my rewrites but he also put some things back in that I had taken out and even added things and did not send me a final draft before going to press. I didn’t even know the article was out until a friend told me he read it on the Internet. I regret now that I didn’t just rewrite the whole thing. It was badly written. It’s still not very good. 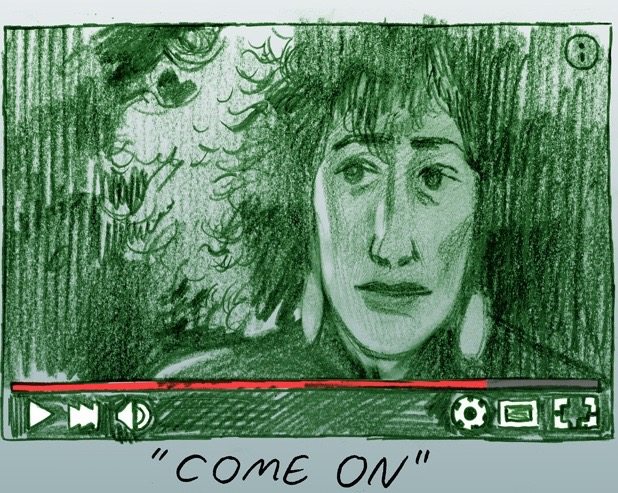 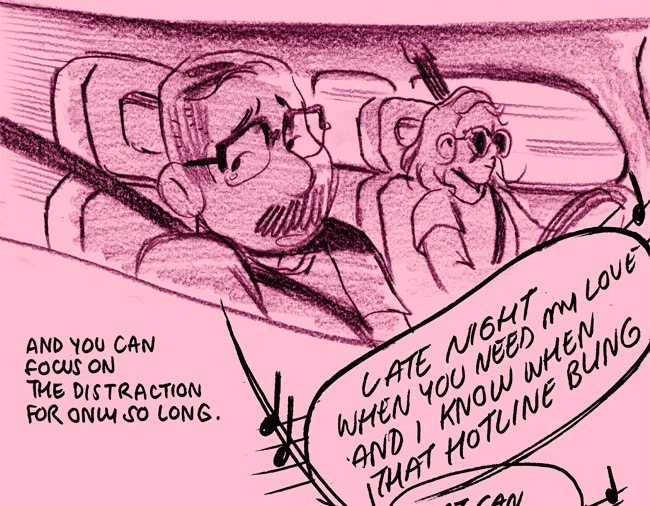