It's Wednesday here at TCJ, probably means it's Wednesday wherever you are: that's how days work, most of the time. Today, we've got our last look back at 2018 before committing ourselves fully to 2019. It's a special edition of our Retail Therapy column, with a whole mess of retailers swinging by to let us know what a "Best of" means to them as readers & retailers.

It's also time for day 3 of Ellen Lindner's Cartoonist Diary. In this installment, she's getting her Instagram on.

Our review of the day is of the most recent Street Angel release, from Jim Rugg & Brian Maruca. Courtesy of Marty Brown, it continues the Journal's tradition of liking Rugg related items.

In fact, some of the most fun Rugg and Maruca have is when they’re cheekily referencing an elaborate backstory for Street Angel that never gets shown in the books. Each successive volume seems to push the boundaries of what is possible in Street Angel’s world, and vs. Ninjatech is perhaps their most delightfully bonkers hardcover to date, going deeper into the Shiraz Thunderbird Expanded Universe than we’ve seen before. Typical Street Angel encounters tend to happen at, uh, street level: she gets into a fight after school or rescues a dog or goes trick-or-treating or finds a dead body in an alley – all things that could reasonably pop up in a homeless girl’s periphery on a given day. In Ninjatech, we start to see the larger infrastructure (“the ninja industrial complex”) of the world she inhabits. It’s like Rugg and Maruca’s season 3 of The Wire.

Ramble # 3: I watched that scene at the end of Sully that's made up, the one where he makes people feel bad by being the best dad with the second best mustache (Aaron Eckhart has the best mustache), and at the end, the Breaking Bad lady apologizes to him on behalf of America for not giving him the Best Dad award earlier. Clint Eastwood made all that up, apparently. I'm in Austin, what do you want from me. I found some deal to rent a tiny shitbox car for 7 bucks a day, but they didn't have any shitboxes, and the guy behind me in line was being a real Charlie Asshole to everybody, so the dude at the counter said "lemme help you out here". His "help" turned out to be a giant red pick up truck. It's great! I keep accidentally driving over curbs because the fucking thing is huge, I love it. Great food out here, FYI. I'm no foodie--my doctor actually told me i'm in the minority of the population who has no emotional attachment to food, that I view it purely as fuel--but I can tell the difference between good and great. Great stuff here!

I'm in Austin for a show, and I got to see a whole big presentation on the history of graphic novels, but it was a history that starts in 2006, because it was a history on making lots of money in graphic novels--so you can skip past all that stuff about underground comics and zines and what not, get right to the kids stuff they're now doing million count print runs on. It was interesting in a way, seeing how much of the financial legs of this thing has been built off of basically five people (3 creators, one marketing director, whoever the buyer was at Target back in 2010), a giant entertainment conglomerate that prints comics as an afterthought to their global movie empire, and a huge, never-ending beating stream of goodwill. But it was also a reminder that progress doesn't necessarily take everybody with it, which is painful.

Like everything else, the most exciting parts where the tinier revelations, about how the mechanics of a basic panel to panel transition becomes so useful in a classroom, or how the experience of personal expression that eludes some children falls immediately into perfect flow when comics are touched upon. It's nice, after so much time in 101, to hear a conversation getting taken past the introductory stage. It's not the conversation I had expected, but the older I get, the less my hunches are turning out to be correct--i'm starting to develop a taste for surprise. Luckily, as my doctor said: that shit is just fuel. 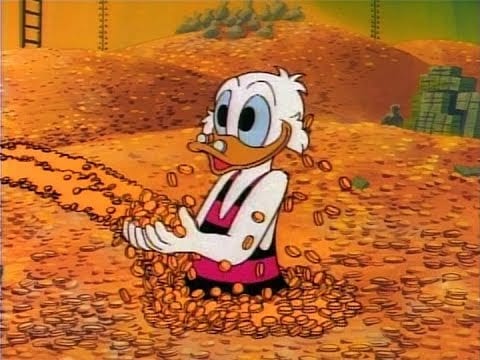 The Best Comics Of 2018: A Retail Perspective! 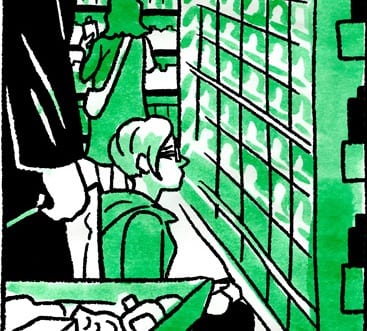