Chris Ware week continues, and so far it's much more pleasant to moderate than the unexpected Dave Sim month we just had ... go figure. This morning brings another installment of our David Ball-organized multi-author symposium, this time by Katherine Roeder. An excerpt from her essay:

I previously wrote about Ware’s facility with art historical conventions, which are once again on display here. The Renaissance system of linear perspective, use of symmetry, repetition of geometric forms and motifs, along with a resounding clarity of both color and line brings unity to the disparate pieces. This visual precision and orderliness sharply contrasts with the inherent messiness of his characters’ emotional lives. His main character is a woman who perceives herself as a failed artist; her tender drawings forming a counterpoint to the stark linearity of Ware’s compositions. In the smaller of the two included bound books, his cutaway views of her apartment building recall the tradition in seventeenth century Dutch genre scenes that depicted domestic interiors from the perspective of an unseen observer.

We also have an interview with Ware conducted by Chris Mautner. Here's a bit from that:

Having a family answered pretty much every question and problem I ever thought I had in life; it’s made me a much better person, I think, or at least I hope it has. Though it can’t solve one’s problems if one isn’t already somewhat stable, it can be the final catalyst towards the necessary firming up, or maturation, of the spirit (though America keeps assuring one that this is completely avoidable, if one prefers). I cringe with embarrassment when I think of my pioneer great-great-grandmother Clara F. Abbott and the privation and grimness she endured on the 1850s Nebraska prairie so I could … what? Draw comic books?

—There's plenty more Ware, including another interview conducted by the New Statesman, a registration-required selection of six favorite comics at the London Times, and a collection of interesting posters celebrating local Chicago history.

—But let's go back to Dave Sim for a moment. As many of you probably heard, over the weekend, IDW announced a deal to publish a collection of Sim covers. (This soon turned out to mean not just one volume but "three or four"; Sim-related ventures tend to get complicated.) Yesterday, IDW made another announcement, that they had signed a $30,000 deal to publish something called the High Society Audio Digital Comic Store Collected Edition. (This all happens, of course, in the context of the recent public negotiations with Fantagraphics.) This second deal I find much harder to understand, but presumably what exactly that euphonious title means will be made clear in time. In fact, I think it is likely that Robin McConnell of Inkstuds fame asked about it during his interview with Dave Sim last night. I haven't had a chance to listen to it yet, but it's one of the first things I plan on doing today.

—A couple of Daniel Clowes links. First, a pretty fun Tumblr devoted to Clowes fan art, and second, his official website has launched a new "oddities" section, starting with a pair of Ditko and Kirby pages inked by a young Dan Clowes.

—Over at Slate, James Sturm writes a brief tribute to Matt Groening, and provides examples of cartoons from a poster his CCS just gave Groening in honor of Life in Hell's end. (The artists include Alison Bechdel, Sammy Harkham, and Tom Tomorrow, among others.)

—I feel like a jerk linking to Sean Howe's Marvel Tumblr all the time, but he keeps posting incredible things, so I can't help it. Today, he's got a pretty amazing 1971 debate in which Stan Lee bitterly criticizes the comics industry's treatment of creators, and says, “I would tell any cartoonist who has an idea, think twice before you give it to a publisher.”

—Stephan Pastis of Pearls Before Swine has garnered a fair amount of attention for his recent statements on the future of newspaper strips—and the difficulty in making money cartooning online. Everyone who talks about online publishing makes sense to me, whether they're totally for it or totally against it.

—Matt Madden and Jessica Abel have announced the complete list of "Notable Comics" from this year's Best American Comics collection. They are also hosting a giveaway. 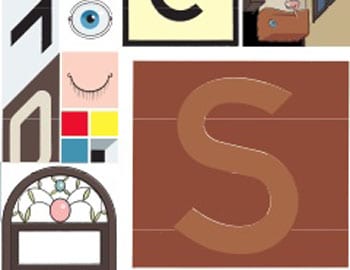 Building Stories: Stories about Art and Buildings, and Growing Up 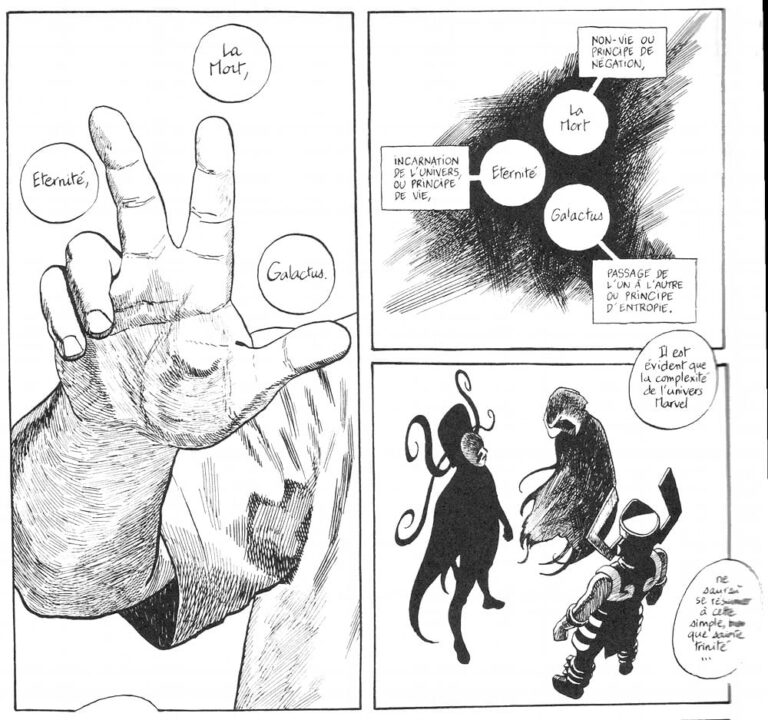 The Power of Galactus