Today, we're keeping the Bob Levin train going with another preview from issue 302 of the print Comics Journal: an excerpt from his article on R. Crumb and the lawyer Albert Morse:

On Dec. 21, 2005, Robert Crumb filed suit in United States District Court, Western Division of Washington, against Amazon.com. The suit alleged that Amazon had infringed upon his copyright of his famed “Keep on Truckin’” cartoon by using it to encourage customers to continue searching when initial book searches failed. He wanted Amazon permanently enjoined from further infringements. And he wanted its profits from this one, plus compensatory damages, attorneys’ fees and costs.

The suit startled people in the comic-book world. (Presumably, it also startled Amazon, which yanked the cartoon from its website.) As far as these people knew, Crumb had lost the rights to “Keep on Truckin’” long before 2005. The source of this belief was Crumb himself. He had been strikingly clear about it. He had blamed that loss on his former lawyer, Albert Morse.

And out of the archives, we are bringing back Gary Groth's 1999 interview with Megan Kelso, from issue 216. Here's a bit from that, on Kelso's early years as a self-publisher:

GROTH: What kind of orders did you get? Do you remember?

KELSO: And then, you know, all hell broke loose. Capital and all the other distributors went away, the whole thing was so depressing... I think I self-published for longer than any of the other boys who got Xeric Grants...

GROTH: You probably did.

KELSO: But by the end I was just so over it.

GROTH: What did you find unpalatable about self-publishing?

KELSO: It makes me feel kind of schizophrenic: you have to be doing your comics and be all artistic on one hand, and then a hard-assed business person on the other, because they all want to fuck you. They don’t want to pay you, and you deal with printers who mess up your cover or whatever and they don’t want to admit it, you just have to be a hardass with everybody. Well, I’m sure you know that.

KELSO: And then you have to exert all this energy trying to promote yourself, which I never had any energy to do. I mean, I had all these great ideas, and I never did any of them, because I just didn’t have any energy left for it.

GROTH: Were you a good hardass?

GROTH: What is this job where you have to be a hardass?

KELSO: Well, it’s only recently, really, that I’ve had to be a hardass. They have an art collection that they exhibit at SeaTac airport, and for years I’ve been the maintenance person, cleaning the art, installing exhibits, stuff like that. Recently I’ve been scheduling, coordinating who’s going to be exhibiting, moving art around, so I’m not just the janitor any more. I’ve been there for about six years.

—I don't think we've mentioned it previously, but as many readers are probably aware, DC Comics recently announced that the science fiction writer Orson Scott Card was going to be writing for a new digital Superman comic, and after word spread of some of Card's past comments on homosexuality and gay marriage (among other things), a popular backlash began. There is currently an online petition against his hiring with over 7,000 signatures, and at least one Dallas retailer has announced they won't be carrying the print version of the comic.

—The Guardian has a preview gallery from Maurice Sendak's last book.

—Bob Temuka writes a blog post about being alternately fascinated and utterly exhausted with the online overhyped "feud" between Alan Moore and Grant Morrison, and having similar feelings after reading and following a bunch of arguments chronicled in old issues of the Comics Journal. I have a lot of thoughts about this, especially after the last couple years. 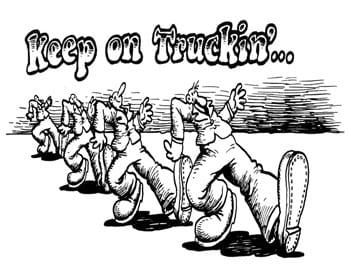 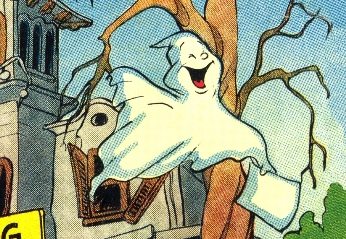