R.C. Harvey is here today with a lengthy review of The Goat Getters, the latest book from the cartoonist Eddie Campbell, in which Campbell explores the early history of the comics strip, and makes the case that the form was born in the San Francisco sports pages.

THE BOOK IS METICULOUSLY RESEARCHED and scrupulously referenced throughout in captions and footnotes. An impressive achievement. In his final edit, Campbell was clearly working from page proofs: he alludes to other aspects of his subject by quoting page numbers fore and aft.

His purpose, Campbell says, is to show “how and why” the sports page was the logical place for comic strips to begin “and, more specifically, why San Francisco was the place it had to happen.”

Not being an American, Campbell sees things that have long evaded our attention. And that’s invaluable in an enterprise such as this. But he also sees things that aren’t worth seeing. Goat getters, for instance.

Campbell explains the book’s title: “To get a person’s goat, meaning to aggravate and upset them, originated in the custom of keeping a goat in a racehorse’s stable to calm the horse.” Unscrupulous personages, aiming to affect adversely the horse’s performance, would steal the goat and “thus unsettle the horse in order to gain a betting advantage in the next day’s race.”

The phrase, Campbell says, was coined on the sports pages where it was a fad for a few years until it eventually entered common parlance. All that is true, but I don’t think “getting someone’s goat” is as common an expression as Campbell thinks it is. Not common enough, say, so that cartoonists can be described as “goat getters”—although that is what some cartoonists assuredly do. They get the goats of those they satirize thereby unsettling them.

We also have Day Three of Sarah Horrocks providing our Cartoonist's Diary.

—Reviews & Commentary. The most interesting reading I've seen yet on Steve Ditko is this unfinished Daniel Clowes strip on the artist, which was rejected by The New Yorker.

Stephen Heller writes about Tom Wolfe's side career as a cartoonist.

His pictures were inspired by the turn-of-the-century German Jugendstil (“youth style,” or Art Nouveau), graphic artist provocateurs who regularly outraged both bourgeois and aristocratic Junker classes by poking holes in their masks and debunking their pretensions in the notorious weekly satirical journal Simplicissimus (also known as Der Simpl in the 1940s). He also owed a debt to his favorite visual trickster, Ronald Searle, whom Wolfe praised as a “giant of the graphic netherworld” on the front page of a 1981 Times Book Review. Wolfe surprisingly identified as much as a cartoonist as he did a writer, and many of his drawings were captioned. In 1979, the same year that “The Right Stuff” was published, he wrote the introduction to an exhibition catalog I edited on Simplicissimus. “Caricaturists, as any caricaturist can tell you,” he wrote, “live, work and die in a shantytown scarcely visible from that monumental Brasília known as the world of art.”

—Interviews & Profiles. The most recent guest on Inkstuds is Fiona Smyth. 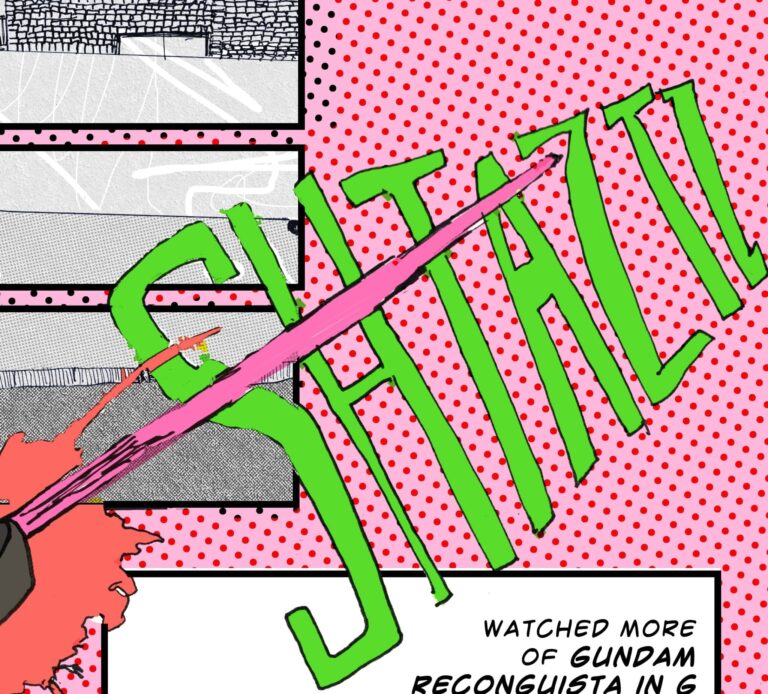 More Realistic than the Sane Guys?