Today, we bring you the long-awaited return of Jeet Heer! (May it be a harbinger of things to come.) Yes, our Canadian friend is back with a thorough and revealing look at the newly re-published and expanded edition of the first volume of The Complete Crumb Comics. Here's an excerpt:

The Complete Crumb Comics Volume One: The Early Years of Bitter Struggle, a 1987 book now republished in an expanded edition, gathers together the earliest surviving examples of the great cartoonist’s juvenilia taking him from age 14 or 15 to 18 years old. The high school scribbler that we meet in these pages is a very callow Crumb indeed: Crumb before he had sex, Crumb before he dropped acid, Crumb before he was adopted as a hero of the counterculture, Crumb before he honed his satirical stance on modern life, Crumb before he became the most radical, polarizing and influential cartoonist of the late 20th century. Yet in the lanky and awkward body of the teenage Crumb we can see the outlines of the substantial artist he would become.

Dylan Horrocks, the man from New Zealand, is back again, too, of course, with another day of a week in his life. This time around, he struggles with writing a book review. I wish he would stay and keep doing these diaries forever.

Over the barricades, life is stirring. First, the Eisner award nominations were announced yesterday. You can see the list here. Based on a fairly casual appraisal, it seems to be a relatively solid list as these things go, aside from a few exceedingly odd titles and names conspicuous by their absence (cough cough Love and Rockets). In any case, congratulations to all the nominees.

Terry Gilliam gave an interview to Vulture about a new Monty Python app (or something) and spent a surprising amount of its time talking about comics, from his problems with England ("The first thing that bothered me was that the English didn’t have a tradition of comic books here.") to superhero movies ("Irony comes to play here: I’m stuck in England while Hollywood is doing what I wanted to do 30 years ago. [...] But they’re becoming repetitive for me. I’m getting bored with them, frankly. I just want to see something different. What I loved about comic books is that comic books were outsider art, and so they could say and do things that were much more punchy. But that’s not what Marvel is up to at the moment.") to Moebius ("Extraordinary stuff! Beautiful looking, funny, sharp, sci-fi on a level that you really want to work at."), among other things.

In McSweeney's, Robb Fritz has a long essay about the meaning of Snoopy. (via)

Robin (Inkstuds) McConnell has an Emerald City Comicon photo-report up if you didn't get enough from Tom Spurgeon's earlier this week.

And finally (and only tangentially comics-related): Chip Kidd talks book design at TED: 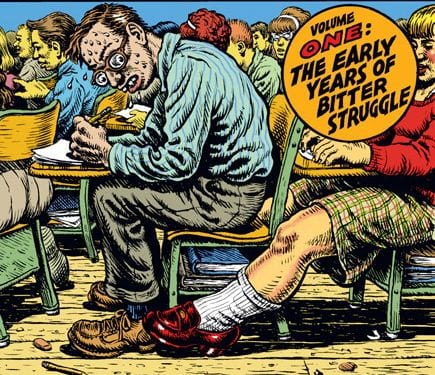 Crumb in the Beginning 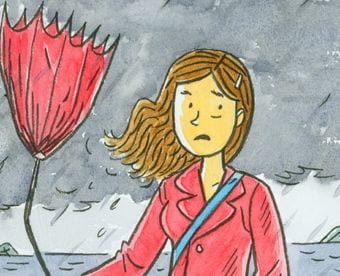