Chris Mautner goes there. I thought about going there, but wasn't brave enough. Chris was brave. Oh, what? No, I'm just talking about the first month of 52. That's where Chris went. What did you think I was talking about?

Sean T. Collins, another hardy soul, went somewhere else, somewhere only Ben Marra could take him, with this review of Gangsta Rap Posse #2.

-Frank Santoro's cartoon correspondence course begins next week. Deadline to enroll is this Friday. You need this in your life.

-While my head is in Pittsburgh (even if FS is not), I gotta link to the second installment of Ed Piskor's web comic. It's gooood.

-Looks like Hugo Pratt's Corto Maltese is making a long awaited comeback to these shores. Now we can only hope it's not colorized and it's well translated and lettered. Please. Rizzoli, which occasionally dips into comics, is the house, so we shall see. No word on if this is a series or not.

-Marjane Satrapi and Persepolis co-director Vincent Paronnaud have a new movie coming out based on Chicken with Plums. This time it includes live action. Why, there's already a review! (via KT)

-Congrats to the aforementioned Sean T. Collins on his work for the annotated Game of Thrones. Sounds like his dream project come true.

-Matt Seneca has a whole host of links over on his blog, including one about an abandoned blog of Frank's (I think Tim and I were supposed to post, too, but we never did). The name was chosen for reasons related to other subjects in Matt's very post. It's easy math.

So everyone's already read about that check used to buy Superman. It's being auctioned off next year. In my fantasies Alan Moore buys it, turns his camera on, performs a magical rite on it, sets it aflame, and then posts the clip to youtube, resulting in some kind of metaphysical tidal wave that... I dunno. Use your imagination. But! Other precious items are being auctioned off this year, worth mentioning just for the pix. Like Jerry Siegel's typewriter, his favorite tie (the grimmest "favorite tie" I've ever seen), and, of course, some locks of his hair. The entire description is worth your time. The auction house notes, in what I hope is a jokey aside:

Many collectors have speculated that Kirby's hair might be worth more, but we disagree. With genetic technology heading in the direction it is, one day you could make your very own Jerry Siegel clone.

And, yes, here's the hair, grabbed from Comic Connect: 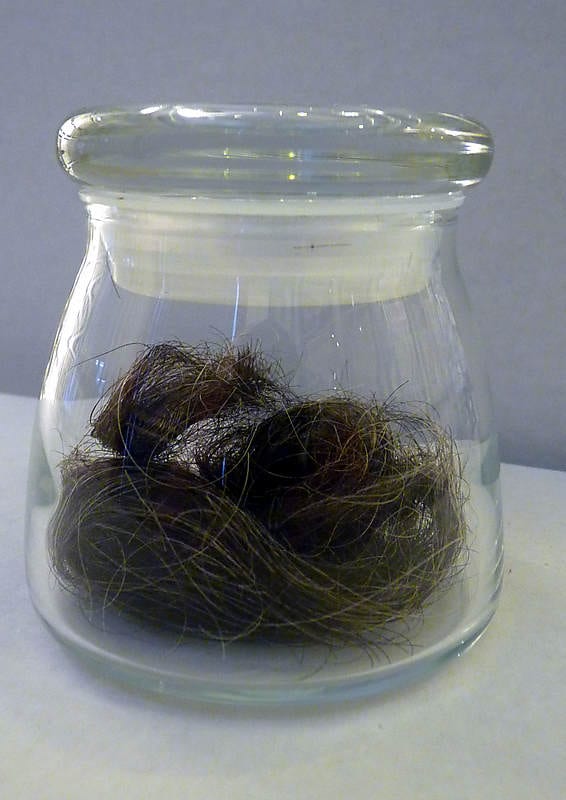 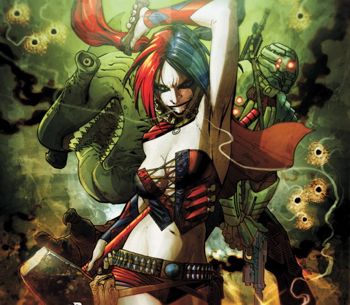