I miss Pittsburgh, Pennsylvania. Being there means friends and good comic book stores and cheap food. So I asked one of my friends from Pittsburgh - the talented Ed Piskor - to write up a scene report for me. Pittsburgh has a lot of cool things to do next weekend October 8th and 9th 2011 - and I am missing it. Check it out - all these things happening in one weekend in Pittsburgh:
PIX - The Pittsburgh Indy Comics Expo

And to think that there just was another zine fest in Pittsburgh last month!
Check out the Pittsburgh Zine Fest website.

Lastly, check out Unicorn Mountain at PIX. I have work in the new isssue!

And go learn who Mary Lou Williams was!

Pittsburghers don't know how good they have it!

Pittsburgh has a long comics tradition that could be traced back decades and decades. Maybe the local fascination with Andy Warhol's success allowed people here to gravitate, without apology, to comic books, well beyond what was an acceptable age. Who knows? I take a great amount of pride being raised in a town called Homestead, knowing that I shared this space with only one other cartoonist in history: the late, great Matt Baker. Not only was he one of the first black cartoonists on the scene, back when Dan Pussey-like cartooning sweatshops were the norm, he was a master (maybe pioneer? Fellas?) of those "headlight" comics of yore. Much respect. We are proud that Paul Gulacy was an Art Institute of Pittsburgh alumnus (probably one of the only alumni who didn't end up managing a department store in the mall). As a child, before reading enough stuff that told me he must be a real chump, I thought it was so cool that Jim Shooter, the guy who spearheaded some of the most legendary post-Kirby Marvel comics, was brought up just miles from where I was. He must be the man who allowed the fucking Pittsburgh Comics Club to plot issues 192 and 193 of the Avengers back in 1980. "Peril in Pittsburgh", look it up. Right before the Kree Skrull Wars. Fuck it, I'm also going to say how rad I think it is that the "mainstream", gross, flea market-like, Pittsburgh Comic Con is the only con in the country who's creator (Michael George) is wrapped up in the craziest, Law and Order, CSI Miami, Monk-like, Cold Case drama that we all get to watch unfold before our eyes as it's highlighted on "news magazine" shows and linked on The Beat. There's so much more, but this paragraph is long enough. It only makes sense that Pittsburgh should house an independent comic show to go along with our expansive comics history. And that's just what we decided to do, for the second year in a row, the Pittsburgh Indy Expo (PIX) is going down on October 8 & 9. If you see me there, come holler like you know me. I'll be the guy that Noah Van Sciver's friends from Kilgore books, says looks like an asshole.

I'm lucky enough to live in a city that is plentiful with other cartoonists, some who happen to just also be a few of my favorites working today. Tom Scioli, who's currently finishing the bonkers book,
American Barbarian (soon to be published by Adhouse), is a guy I've been a fan of since high school. His 1999 Xeric Grant victory was my victory too, though I wasn't friends with him at the time. In fact, I met him every year he attended the Pittsburgh Comic Con in the early 2000's and he never remembered me each each interaction. Guess a dude's gotta work with Harvey Pekar for you to remember his name? Punk! Tom's been a huge inspiration even more when we really started to become friends. He's one of those cartoonists that can compartmentalize his time in small chunks to get maximum amounts of work done. I need huge amounts of time to sit and work, hitting a rhythm an hour or two into the session. Tom had 2 comics from Image going at once, Freedom Force and Godland, he also found time to work on another comic that is close to his chest, Myth of 8-Opus, he commuted via bus each day to get downtown to his 9-5 job AND he has an amazing relationship with his wife. He was even a kind of legendary character in Pittsburgh. Children would ask their parents on the bus "Mommy, what is that man doing?" and the mom would reply "Well, son, he's inking a page of comics, he's adding depth and shading to give his image more definition..." That quoted interaction is suspect but he did fucking ink his work on the bus to, and from work, everyday!!! How can that NOT be inspiring? I wonder what kind of cool stuff he's going to have at the convention? He'll definitely come strapped with tons of original art to pour over. He's been doing his pages at huge dimensions lately. He told me one page took him 8 scans to stitch together in photoshop. I still want to see him draw the Fabulous Furry Freak Brothers in his Kirbyesque style.

Jim Rugg's another one. I'm surprised that dude still puts up with me in any way. When we first started hanging, he just started his Street Angel series for Slave Labor and I was a 21 year old idiot who was more of a nuisance than a cartoonist. I still remember our first real experience hanging out. We have another cartoonist pal, Jasen Lex, who does great work. It was the 3 of us sitting there with sketchbooks, a fresh batch of that weeks new comics, coffees for them and an Italian soda for me. We were sitting there projecting about books and ideas were were going to put together in the future. Jasen was talking about a series that eventually became The Science Fair (published by Antarctic Press), Jim was talking about wanting to do enough Afrodisiac material that he'd be able to collect it all in a Marvel Treasury Sized edition ( it didn't happen exactly that way, but the Adhouse published Afrodisiac book is a fucking awesome achievement), and I was talking about some sort of comic following the life of a computer hacker through the history of high tech (which became Wizzywig, soon to come from Top Shelf in 2012). It is a tremendous gift to have friends that can dream, and imagine far-out ideas AND see them to fruition. Jim's work has taken a crazy fucking left turn lately. If you come to PIX, make sure to bug him about his color, ballpoint pen, notebook paper drawings. In fact, bug him on Saturday about it, that way if he doesn't bring any of that stuff, he can make sure to carry with him so examples on Sunday, since the show is in our back yard.

There's a good chance you'll catch some indy comics vets roaming around the show as well. I know, Wayno, is a confirmed guest for Saturday. He's done some fun work throughout the years, including drawing a bunch of stuff for Greenberger's Duplex Planet. He's even created a few issues of a comic called Beer Nutz for Tundra. That's right, he got some of that Kevin Eastman cash, back in the day when the Turtles guy was hemorrhaging his cashflow with abandon. Wayno's one of the good ones,though, who actually produced the material that he promised. Hey, remember that Kevin Eastman/ Gary Groth interview in the Journal? Yowzers!! (pdf for that interview here) A few other local vets probably floating around would be Dave Coulsen and Mark Zingarelli. Both have done work in the legendary, anthology, magazine Weirdo. Zingarelli did a great one issue, magazine format, comic for Fantagraphics called Real Life, as well as a handful of Dennis Eichhorn stories in Real Stuff. They have some amazing insights to expel, if you can catch them.

It will be good to see John Porcellino and Jason Little in attendance too. Porcellino swung through Pittsburgh earlier in the year while on tour. We've been lucky enough to have numerous cartoonists stroll through town lately to speak and sign at either Copacetic Comics or Phantom of the Attic (on Craig street). In the past few months we've welcomed Jerry Robinson, Wilfred Santiago, John Porcellino, Marc Bell, and Anders Nilsen, to name-drop a handful. In fact, if you're putting together a book tour, you're profoundly stupid NOT to mark the 'Burgh on your map - truthfully, I say that because I don't care about traveling and would love to have you come visit me - but really it's just that I love Pittsburgh. I never wanna leave.

Frank Santoro here again. For those who missed my PIX audio interviews from last year - check 'em out over at the old ComicsComics site. Good for a yuk or two. I'm bummed I won't be there this year to record more interviews. 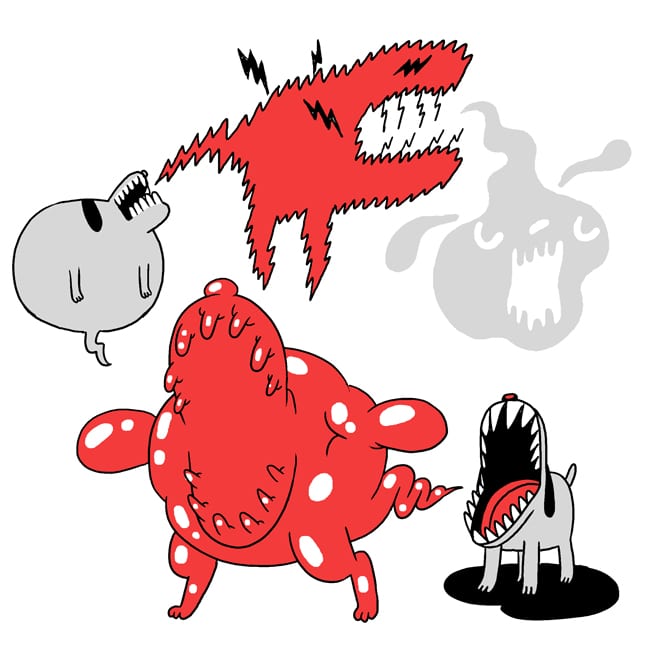 Check out Bill riff on various old comics he has in his shop:

-The Secret Origin of Cowboys Versus Aliens

And check it out: I found the last box of Storeyville at my dad's house.

And, uh, I'm looking for an intern. Someone to help me one day a week with some computer stuff. And I just mean thru the air help me. You don't have to move to New Mexico. Like an internet intern. I can pay you in obscure comic books. Totally serious.
Please email me: capneasyATgmailDOTcom 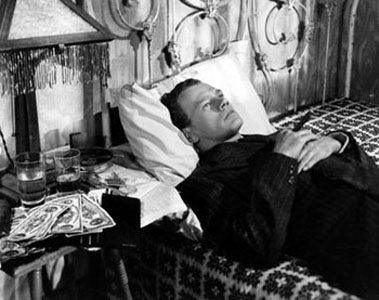