Today at The Comics Journal, we're pleased to share Oliver Ristau's take on an exhibition of Émilie Plateau and Jul Gordon's work, which is taking place until March 23rd in Bremen, Germany.

Serving as a model was also a point brought up while I was talking to dessinatrices Émilie Plateau from France and Germany's Jul Gordon during an exhibition of their creative work, which wasn't limited to the showing of drawings alone. After years of publishing fanzines – Gordon with the Tiny Masters bunch consisting of the likes of Anna Haifisch or G.W. Duncanson, Plateau with the collective Nos Restesfounded by Belgium's conscientious objector to mainstream comics Jérôme Puigros-Puigener – both now share first-time releases of their comics in hardback editions. You can read this as another manifestation in terms of reification by emerging from the world of self-made zines and their fleeting nature.

And here we are at Day Five of Jesse Reklaw's Cartoonist Diary, where things get meta, and he reads...Cartoonist Diaries, here at TCJ? I did not see that coming.

I’ve always loved books assembled from artist’s sketchbooks: there’s no more exciting version of comics to me than something small and intricate made by hand and reproduced in such a way as to not merely preserve but to lionize the format’s material limitations. It’s hard to forget that we are supposed to be reading someone’s personal narrative when the story comes in the form of a personal scrapbook or illustrated notebook. A few years back I noticed that more and more books I was receiving from women artists seemed to be going for a raw and studiously rough presentation in terms of medium and execution - specifically, directly reproduced colored pencils seemed to be multiplying. Eventually I came to see the move - a widespread gesture with clear roots in Lynda Berry’s nonfiction comics, among many others - as a studied turn away from the hyperfocus and discipline of the masculine-coded industrial precision of turn-of-the-millennium comics auteurs, to say nothing of the pervasive slickness of most computer-based commercial art in 2019. There’s room to breathe here. Negative space isn’t bound by tight panel grids. She mentions Louise Bourgeois at a couple points throughout the narrative, and you can actually see the influence, with swaths of minimal, almost primary color set as stark central design motifs at various points.

In the streamlining services department, Image has shut down a subscription service called Image Direct. Based off the laziest form or research--looking at the reactions in the two places that acknowledged this news initially, which was Bleeding Cool and reddit, it doesn't seem like this was a very well-used service that Image offered, and should not be used as proof of any one particular argument or theory about the future of the direct market. Unless you really want to, of course.

Heidi MacDonald watched Fox & Friends so that you don't have to, and she's got the tapes to prove it. Ben Marra's team up with Joe Casey--six years in the making, you're welcome--featuring our Lord and Savior in full hyperviolent regalia was the current topic du jour on that television show. Please to enjoy! 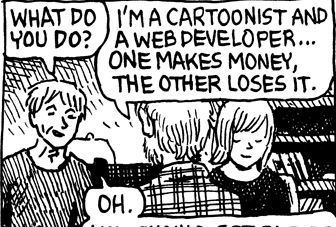 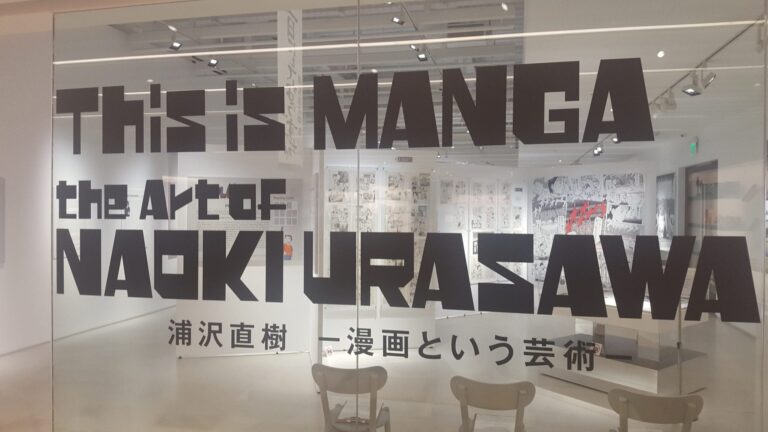 “This Is MANGA”: The Art of Naoki Urasawa in Los Angeles