The most previous installment of this rarely updated blog included a link to a Gofundme set up by Eleanor Davis to provide assistance to Patrick Dean's family and his hospice care. On May 12th, Patrick died. I asked his friend Robert Newsome, who wrote a piece about a gallery showing of Patrick's work for TCJ in January of 2020, to write a bit more about Patrick for us.

Patrick Dean died in the early morning hours of Wednesday, May 12 in Watkinsville, Georgia, after a long fight against ALS, a disease with which he was diagnosed in 2018. Most people who spent time in Athens during the late 90s/early 2000s knew Patrick’s work. His comics in Athens weekly Flagpole Magazine greeted readers from page three, offering a view into the alternative Athens Patrick created, one populated with singing pies, hillbilly yetis, anxious wizards, and so very many ghosts. The recently-published Eddie’s Week brought this world to a larger audience, exposing Patrick’s ability to find magic within the mundane to new readers. Patrick was dedicated to comics and, as the co-organizer of Athens’ annual FLUKE small-press festival, encouraged countless artists, exposing them to a community of like-minded weirdos with toner-stained fingers and heads filled with wild ideas.

Stubborn to the end, Patrick continued to draw even as ALS stole his ability to move. As his mobility decreased, his drawing style adapted to the changes. When he could no longer move his arms and hands, he started creating works using eyegaze technology. Quickly adapting to this new way of creating, Patrick’s eyegaze works are immediately recognizable as his own, retaining his distinct lines, heavy shadows and, above all, his sense of playfulness.

Patrick leaves behind a vast network of friends and family, a testament to his gregarious nature. His death leaves a crater in the Athens comics community, but the impact ripples out across this network as well. A GoFundMe established by his friends to assist with his astronomical end-of-life medical expenses is filled with comments from people who loved him, but all you really need to do is mention his name to anyone who knew him to get a sense of how appreciated he was.

The next FLUKE small-press festival will serve, in part, as a memorial to Patrick. More details will be available as soon as the event is scheduled (due to COVID-related concerns, the most recent FLUKE was rescheduled and eventually cancelled, but the show will return as soon as it is safe to do so). Donations for Patrick’s family are still being accepted at the GoFundMe link above.

Here at TCJ, we've published a few other pieces on or with Patrick, including this interview about his eyegaze comics with Eleanor Davis, and a partner essay Eleanor wrote about a collection of Dean's Eddie's Week comics. There's other, wonderful pieces out there about Patrick, but the first one that came to mind was this, a brief conversation between Dean and the late Tim O'Shea for CBR on a Jack Davis exhibit curated by Dean back in 2012.

My first interaction with Patrick was back in 2008, when a comment he made on Dirk Deppey's Journalista feature spurred a mutual shit-talking. Our email conversations were minimal, but those brief, Journalista-forged internet relationships were the first kinds of friendships in comics I had ever made online, and while that one never ran as deep, it remained burned in--here was a guy I liked from afar, and here we were, talking about the same old shit. Over the years I reverted to his reader, keeping up with him via social media, publicly and privately. I once mixed him up with another Patrick Dean and sent him random Nobrow books, trying to hustle publicity out of him--he graciously let me know that he had better things to do with his time, and the brief embarrassment only re-cemented my fondness for him. His battles with ALS, and the work that spun out of him these last few years--it cheapens them to call them inspirational, at a time when that word feels like the province of an Instagram post. But I am struck by the frenzy all the same. Look at this, his public announcement of his diagnosis. It bristles with the complicated feelings that tragedy and suffering provide: the despair, the rage, the unfairness of it all--but with that abyss, it also speaks to the stonefaced love and support, or the kind eyed family, the "everything" that is so often taken for granted and passed over. I have only the most shadowed glimpse, via social media and Dean's comics, of what the last few years have been like for him, even less of what it was for his friends and family. And that glimpse, while painfully abbreviated, is one that I will never forget. 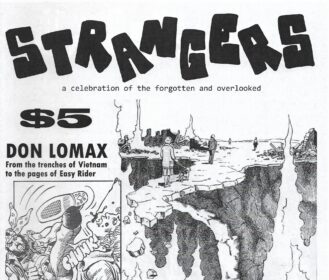 “I’m Trying To Capture That Certain Energy”: Eddie Raymond, on Working with Strangers 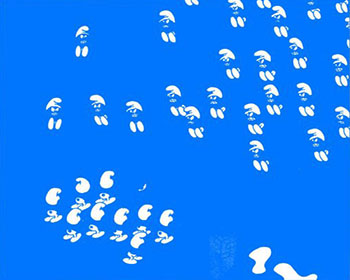