Well, we’ve made it to March, and with that there are Ides to beware, Tuesdays to Shrove, and weeks to be linked, one of which you can find below. It’s a big one for the US manga market, in amongst everything else that’s happening, all at once, in this odd mid-pandemic slowing of time. Still, not long now until the clocks change again, and proceedings will be all the more confusing, so let us tend towards entropy together.

• This year’s award season is kicking into gear, and the shortlist for 2022’s Grand Prix du Festival International de la Bande Dessinée d’Angoulême was announced this week, with Pénélope Bagieu, Julie Doucet, and Catherine Meurisse in the running, the winner to be announced on Wednesday 16th March.

• Elsewhere, and Lee Lai’s Stone Fruit has been longlisted for the Stella Prize, an annual literary award celebrating Australian women’s writing, and is also on the shortlist for the Los Angeles Times Book Prize for best comic, along with Ann Xu and Hiromi Goto’s Shadow Life, Keum Suk Gendry-Kim’s The Waiting (translated by Janet Hong), Michael DeForge’s Heaven No Hell, and R. Kikuo Johnson’s No One Else.

• In prizes that have been given news, the inaugural Salt and Honey Minicomic Awards were presented this week, as Sloane Leong, Leslie Hung, and Kris Mukai bestowed genre-delineated accolades on Barbara Benas’ You Meet in a Moonlit Clearing…, Kruttika Susarla’s Made in Heaven Inc., Aysha U. Farah and Megan Llewellyn’s Devil’s Pawn, Jade L.F.T Peters’s My Cicadas Are Dead, and Marc Michaud’s ARC29 maxi 4.3.

• NBC reports on Lalo Alcaraz winning the 2022 Herblock Prize for excellence in editorial cartooning, with this year's judges, Rob Rogers, Jenny Robb, and Eric Shansby, commenting that "No other political cartoonist working in the U.S. brings as much passion, dedication and brilliance to the fight for fair immigration at the border and justice for the Latino community. Lalo Alcaraz's courage and unapologetic focus on these and other civil rights issues makes him a deserving recipient of the 2022 Herblock Prize."

• In non-profit and charitable giving news, The Beat has the announcement for the formation of the Golden Apple Comic & Art Foundation, which aims to “help preserve, safeguard and showcase private collections of comics related art and books”; and The Washington Post reported on Peanuts Worldwide’s launch of the Armstrong Project, which will provide $200,000 in endowments to Historically Black Colleges and Universities.

• ICv2 reports on the current manga boom in the US, as 2021’s NPD bookscan figures showed a rise of 160% compared to 2020, hitting 24.4 million unit sales, despite ongoing supply issues and resultant manga shortages, with Koyoharu Gotouge’s Demon Slayer: Kimetsu no Yaiba topping the charts in the year’s final quarter, and Hajime Isayama's Attack on Titan winning out in 2021’s overall rush on first volumes, while ONE’s One Punch Man represented the most efficient value proposition for retailers. Insert a cash-register sound effect here.

• In other manga news, the Japan Art Academy announced that Yoshiharu Tsuge and Testsuya Chiba will be the first mangaka in the organisation’s history to join its ranks, inducted as part of 2022’s selection this week, receiving an office for life as part-time civil servants, becoming members of the new manga subcommittee.

The Sunflower of Power.
Picked up the pencil yesterday to draw for the first time since the war broke out. I can't believe I'm typing this. We will win. Definitely #StopRussianFascism pic.twitter.com/1Q2gcQGrYI

Praise the sun… This week’s reviews.

• Ryan Carey reviews the fiendish ambition of Austin English’s Meskin and Umezo - “English’s comics are challenging, dense, and singular, to be sure, but they also offer an entirely coherent and satisfying surface-level reading that tends to get lost in the weeds the more one overthinks it. And therein lies one of English's greatest strengths as an artist: he’s really good at hiding things in plain sight.”

• Timothy Callahan reviews the stumbling construction of Jeremy Sorese’s The Short While - “In most stories, I don’t expect the author to give me all of the details of the world in which the characters live; an impression of the world around them is all I need. But Sorese seems to go out of his way to detail elements of this near-future, dehumanizing world so that Colin’s and Paolo’s love story becomes submerged in a quagmire of political and social structures that just don’t seem to matter to the story.”

• Oliver Ristau reviews the burning brilliance of Espé’s The Parakeet, translated by Hannah Chute - “But while Espé is good at finding repair patches for his story's all-too-heavy impact by plastering the path with cuteness, this strategy leads to the reader getting hit even harder; coming along in a benign disguise, the book stealthily injects its basic message of some illnesses' chronically progressive nature into your veins.”

• Rory Wilding reviews the haunting chills of Skottie Young, Jorge Corona, et al’s The Me You Love in the Dark.

- The evocative robustness of Richard Conyngham et al’s All Rise.

- The fantastical adventure of Marjorie Liu and Teny Issakhanian’s Wingbearer.

- The mesmerising drama of Dan Santat’s The Aquanaut.

A grapevine… This week’s interviews.

Valerio Stivé interviews Gipi about My Badly Drawn Life, the book’s return to the spotlight after more than a decade, the reality of what the book depicts, and art as therapy - “If there’s one thing I don’t complain about myself—and I promise you there are plenty—is that I’ve never tried to be something different than what I am. I’ve never sat at the table saying this time I’ll work on this or that kind of story, for this or that specific readership. I’ve always worked on what I actually felt I needed to address, on the specific issues I was actually struggling against.”

Sarah Moroz interviews Aline Kominsky-Crumb about the genesis of the comix underground, its spread to a worldwide movement, and being driven to militant ecology.

Christian Holub speaks with Si Spurrier and Matias Bergara about Step by Bloody Step, juggling storytelling intentions, and the liberation of silence.

Milton Griepp and Brigid Alverson interview some of the key players in the US’ manga market, including Viz’ Kevin Hamric, Yen Press’ Juyoun Lee, and Tokyopop’s Stu Levy about a banner year for sales and widespread supply shortages.

Michael Maslin presents a two-part conversation with David Sipress about What’s So Funny?, the anticipation of a book release, and cartooning personal experiences.

Etelka Lehoczky talks to Alison Bechdel about The Secret to Superhuman Strength, recapturing spontaneity, the awkwardness of truth, and a changing relationship with drawing.

Brandon Bush talks to Kevin Grevioux about Rise of the Djinn and Darkstorm, the joys of creating characters, and what makes a hero.

Sydney Johnson speaks with Terry Anderson about the Cartoonists Rights Network International’s legal advisory network, and getting the word out to cartoonists about their work.

I got a heads up that the new issue @nodepression is out and I got to do the cover! Thank you so much Hilary for dealing with me and this concept! pic.twitter.com/0Z5VkEx6tR

Written gently onto vellum.. This week’s features and longreads.

• Here at TCJ, RC Harvey looks at the evolution of the ninth art, and highlights some recent entries to the medium that exemplify its varied appeal, including The Adoption, That Texas Blood, Resident Alien, Friend of the Devil, Destroy All Monsters, Decorum, Hey Kids! Comics, Calamity Jane: The Calamitous Life of Martha Jane Cannary, 1852-1903, and Roughneck - “Not poetry in the usual sense of the term. But poetry in another sense is doubtless possible: blending words and pictures in comics fashion can achieve its own kind of poetic aura. Examining that phenomenon, however, is not our task at the moment.”

• Also here at TCJ, Tom Shapira examines Larry Hama’s endurance run on Marvel’s G.I. Joe: A Real American Hero, as the bell tolls for IDW’s current, and possibly Hama’s own, involvement with the toy-related military comic - “The unspoken fact is that G.I. Joe is the sort of multi-ethnic, multi-racial team that would probably warrant angry four-hour rants on YouTube if debuted today, while Cobra seems to be almost entirely white. This notion is made extremely creepy by the recurring ‘Fred series’ - a group of Cobra agents given plastic surgery to appear as generic yuppies, the sort of men America is assumed to trust inherently.”

• Over at NeoText Review, Tom Shapira writes on the various iterations of DC’s The Unknown Soldier and their depictions of the hell of war and what comes after, while Katie Liggera writes on the medium transcending melodies of Ram V and Anand RK’s Blue In Green.

• Making a third appearance, for Solrad this time, Tom Shapira also looks back on the brilliance of Bernie Krigstein’s subversion and embracing of the limitations inherent in EC Comics stories.

• Ahead of the paperback release of True Believer, Abraham Riesman presents an excerpted conversation with Tegan O’Neil on the Stan Lee cultural dichotomy, and fandom’s inability to see its heroes with feet of clay.

• Over at Sequart, Gerard Waggett looks back on Marvel’s The Tomb of Dracula, its navigation of the Comics Code Authority to make it to stands in the 70s, and the vampire lore found therein.

• For Shelfdust, William Moo writes on the charming surprise of sentimentality in tearontaron’s The Girl Without A Face, and Steve Morris’ series examining Mike Carey and Peter Gross’ The Unwritten continues as issue 3 brings murders in to the metanarrative.

• Mike Peterson rounds up the editorial beat, over at The Daily Cartoonist, as, somewhat unsurprisingly, all eyes, and pens, were firmly directed towards Ukraine.

Poe and the Force Tree
( a gift for @leupagus ) pic.twitter.com/fslcoO0Exy

• Starting this week’s selection with a couple of off piste podcast episodes, as Thick Lines celebrated its triennial with a dive into the reader mailbag and some input from previously featured authors, while Mangasplaining closed out season two of the show with a look back over all that which has come before and will ever come to be.

• Brian Hibbs welcomed Mari Ahokoivu to Comix Experience’s GN of the Month Club to discuss Oksi, coming into the US market from Europe, story planning process, and Finnish press coverage.

• A new month, but your regular dose of Cartoonist Kayfabe, as Ed Piskor and Jim Rugg took a look at Miller and Sienkiewicz’ Daredevil: Love & War, José Luis García-López and Dick Giordano’s work on Batman vs The Incredible Hulk, Dan Clowes’ Ghost World, Dave Sim’s Cerebus #1 and #300, Bruce Tim on The Avengers #1.5, and Mignola and Corben on Hellboy in Mexico, plus some John Byrne deposition as a treat.

• A couple of trips up in the Word Balloon with John Siuntres, as Christopher Cantwell joined proceedings to discuss various contemporary direct market projects and drilling down into aspects of heroism, and Scoot McMahon and Dave Scheidt got involved to discuss Agents of SLAM and wrestling/comics crossover.

• David Harper welcomed C. Spike Trotman to Off Panel this week, as they discussed The Poorcraft Cookbook, cutting ties with Kickstarter, and how you go about homebrewing a crowdfunding campaign away from the major tech platforms.

• Calvin Reid welcomed CBLDF’s Jeff Trexler to Publisher’s Weekly’s More to Come this week, as they discussed the latest broadside against freedom to read comics, with the removal of Maus from curricula, and resources available to combat library bannings.

Sending out copies of our new releases @tadayumi The Mermaid and the Prince, @arataimai F, @missippippi Invisible Parade, @snzs3 From This Flame every day! Order your copies now! We’re (almost) caught up on all current preorders on the new releases, thanks for your patience! pic.twitter.com/VVwZM771kT

That’s all for this week, back soon with more, unless I awake one morning from uneasy dreams to find myself transformed into a gigantic insect. 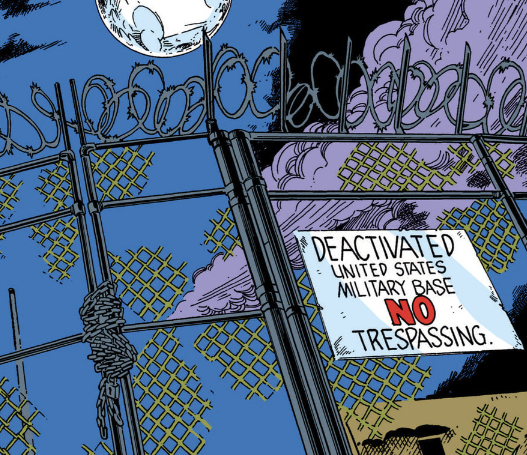 Do Not Fade Away 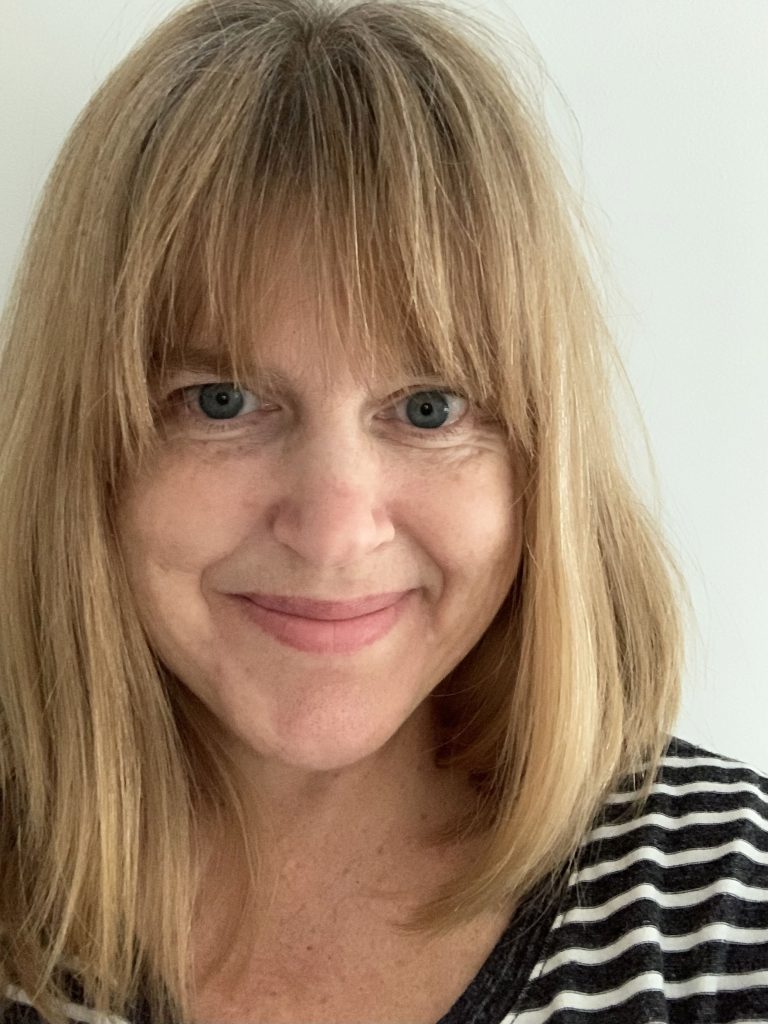 “I Really Wasn’t Considering The Reader At All”: A Conversation With Ariel Bordeaux