Today on the site, Robert Loss writes about the work of Bianca Stone, and poetry comics in general.

In the past three years, discussions about poem comics have sprung up at The Comics Journal, the comics blog The Hooded Utilitarian, Comics Forum, Poetry magazine and The Atlantic. Taken as a kind of critical chapbook, these articles and interviews point to the growing awareness of poem comics as an art form (if also to recurring issues of cultural turf and the challenges of definition and terminology). They also expose a lack of critical engagement with specific works like Bianca Stone's I Want to Open the Mouth God Gave You Beautiful Mutant, Warren Craghead's "A Flame Expelled," and Derik Badman's series MadInkBeard. We haven't been paying enough critical attention to poem comics.

Why? If "the language of comics criticism is still young and scrawny," as Douglas Wolk has written, then comics scholars have been bulking up in a number of ways, but our general regimen is the narrative. This emphasis may owe to comics studies' emergence from the fields of English and film studies, both of which are highly invested in narrative; the terminology of film has been useful if inadequate in describing how comics work. And then there's semiotics. Since the publication of Will Eisner's Comics and Sequential Art and Scott McCloud's Understanding Comics, greater attention has been paid by cartoonists, critics, and scholars to the formal dissection of comics, a venture wrapped into the larger expedition that is the burgeoning discipline of comics studies. The influential work of Thierry Groensteen in The System of Comics and, recently, Narration and Comics, has truly pushed formalist comics studies into the realm of semiotics, which has helped to reestablish the importance of the image. This is seen as a corrective to the past emphasis on comics as literature, which I'm not sure is entirely fair, but that seems to be the thrust of things. Oddly, though, this work in semiotics has focused almost exclusively on narrative comics. Most comics are narratives, but then again, we used to say that most visual art was either painting, sculpture, or architecture. If we're going to define what comics are, then we have to account for non-narrative work. Poem comics are comics.

Meanwhile, elsewhere, I got locked out of the server somehow last week, so a lot links got built up...

—Yoshihiro Tatsumi. The legendary cartoonist and gekiga pioneer Yoshihiro Tatsumi has passed away at the age of 79. Paul Gravett was the first to report this in English, as far as I can tell. We will have more soon.

—News. The shortlists for the Slate/CCS Cartoonist Studio Prize have been announced.

Nilah McGruder has won the first annual Dwayne McDuffie Award for Diversity. Hero Complex has more on that.

The L.A. Times Book Prize finalists have been announced.

KAL has won the Herblock Prize.

—Reviews & Commentary. Tom Spurgeon seems to have gotten energized by his recent move to Ohio. I always enjoy it when he's on a roll. Here he is on recent moves at DC and reviewing RL Crabb's Scablands.

Liza Donnelly writes about a cancelled cartoonist's symposium in France, and being a cartoonist in a post-Charlie Hebdo-attacks world.

Comics Alternative has a nice, long talk with the always funny Joe Ollmann.

At the Toronto Globe & Mail, Alexandra Molotkow has a short profile of Wendy creator Walter Scott.

—Misc. Kelly Thompson at Comics Should Be Good is attempting to list every woman involved in the comics field, and requests readers' help. The same site is also running a poll on the top fifty female cartoonists and comics writers of all time. It might be nice if artists like Shary Flenniken, Lynda Barry, Phoebe Gloeckner, Julie Doucet, etc. got on that list somewhere (superhero stuff is sure to dominate), so vote for whomever you appreciate if you feel inclined.

A Case for Pencils is a newish site, devoted to the tools and materials used by various cartoonists.

D&Q has a preview of some new Joe Matt work which will be in their upcoming anniversary book. I sometimes wonder how Peepshow would have been received if it had debuted in the Tumblr era. 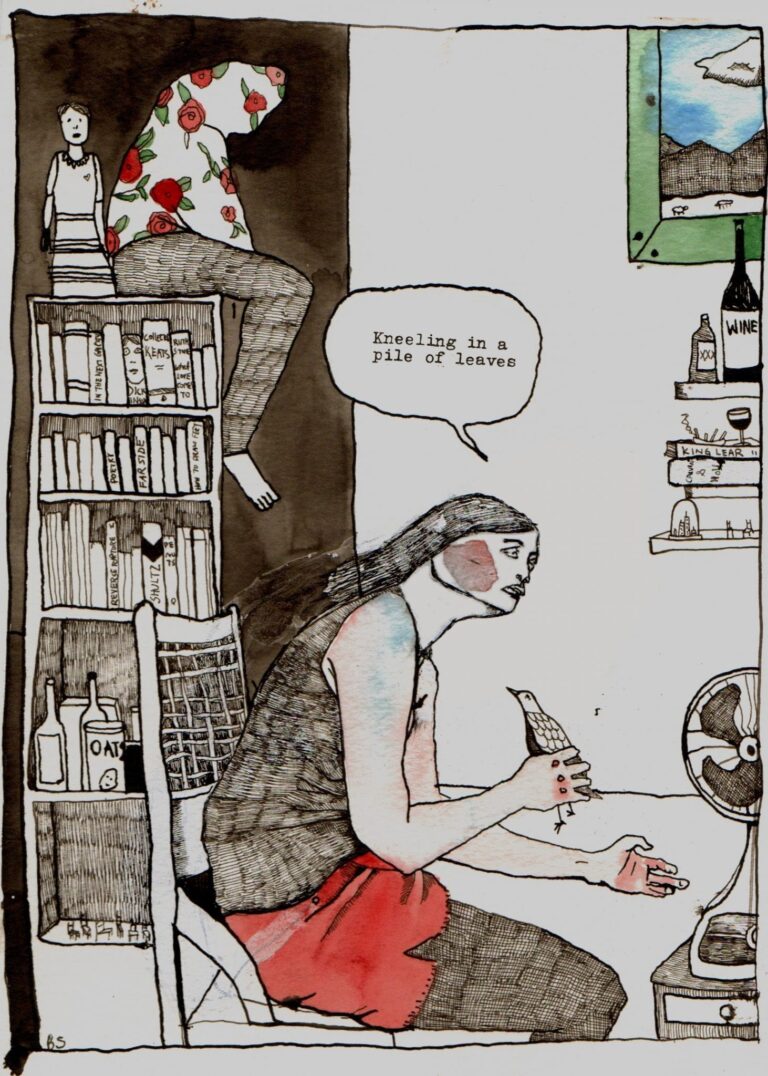 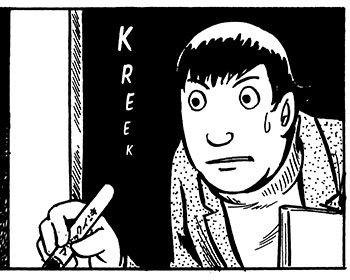