Frank Santoro is here with a column about his recent convention appearance at Cleveland's Genghis Con, in which he tabled next to John Porcellino, sells a bunch of old comics, and thinks about the rise of ultra-small-press-run art-object comics:

I asked Bill Boichel (owner of Copacetic Comics and all around comics guru) about it and he said: "As the market for high-quality small-press and self-published comics grows and matures, it is worth noting that there is a good chance that it will come to resemble in some respects the slowly eroding market of corporate-published comics that it is replacing— for example, with the small-press comics shows like Genghis Con and many others, which are starting to have the look and feel of the original old-school comic shows of forty or so years back. Creators should be paying attention to what is going on around them and balance their own needs and the needs of the medium that they are simultaneously nurturing and being nurtured by. [...]"

We also have Day 4 of Simon Hanselmann's week as our Cartoonist Diarist. This entry records Thanksgiving at Gary Groth's house.

In addition, Brian Nicholson reviews Lala Albert's Janus. Here's a snippet of that:

Lala turns her eye often to liquid. Almost always there is water, be it in waves, rivers, or tide pools, but the symbolic meaning of the liquid changes with each new strip, reshaping to fit the unstandardized dimensions of each new container. She seems consistently interested in porous boundaries, such as the way the division between figure and landscape becomes blurred when both are drawn by the same hand. 2012's In the Up Part of the Wave does away with panel borders in favor of large format drawing; the river that runs through it both defines the sense of flowing time by which one reads it, and occasionally divides the page, as the book's central figure climbs in and floats meditatively as water washes over her. Inside water, the sight of a figure distorts, and the body submerged emerges dripping. The gelatinous quaver of Lala's spindly line gives her figures a spinelessness, making them resemble human-shaped bags, that if punctured, would relax and let loose puddles either of blood or some sort of ectoplasmic tulpa of true self. In this light the very function of a word balloon is reconfigured, not sitting outside the image as an analog of sound, but instead acting as a viewable representation of a form made of thought emerging. Lala's handwriting carries the same sloppy line that makes her figure drawings seem so vulnerable.

And ICYMI, yesterday we ran a review by Luke Geddes of Joe Casey & Piotr Kowalski's Sex.

Sex is an ongoing Image series written by Joe Casey and illustrated by Piotr Kowalski that examines the aftermath of the midlife crisis and subsequent retirement of a Batman-esque vigilante called The Armored Knight and the resulting effects on a supporting cast of thinly-veiled analogues whose resemblance to their Time Warner-owned source characters is as obvious as can be without inciting litigation. As the title suggests, there is a special focus on their sex lives. All the gang is here: repressed millionaire Cooke, still reeling from death of Alfred stand-in Quinn; his young ex-sidekick Keenan Wade; his on-again-off-again rival, the catty woman Annabelle Lagravenese; jokester the Prank Addict; and a deformed Penguin-esque kingpin known as The Old Man. By focusing in on the already-there lurid undertones of these blatant stand-ins, Casey and Kowalski position Sex as a commentary on the state of the mainstream comics industry, its readers, and its most prevalent genre. Exactly what they have to say however, if they have anything to say at all, is impossible to tell. Sex’s content is as gratuitously and dumbly provocative as its title—but damned if I don’t mean this in the pejorative sense. It’s the weirdest manifestation of a writer’s midcareer crisis that the comics medium has seen for some time, an M-for-Mature masks-and-capes porno with a predilection for existential monologues, grandiose posturing, and strikingly candid self-reflection.

—News. The New York Times has an interesting profile of Lynn Caponera, Maurice Sendak's former caretaker and current executor of his estate, which chronicles some of the disputes between Sendak's estate and the Rosenbach Museum.

I like that the Times is now apparently doing comics-related panel reports, too. This one on a conversation between Art Spiegelman, Jules Feiffer, and artist Alexander Melamid is fun, if super short.

Erik Wemple wrote for the Washington Post about the similarities between Bob Staake's recent Ferguson-themed New Yorker cover and an earlier cartoon by R. J. Matson.

The Paris Review ran an interview with Julia Wertz.

—Reviews & Commentary. Jeet Heer took to his natural habitat, Twitter, to talk about the ways in which Maus can be interpreted as a hard-boiled detective novel. 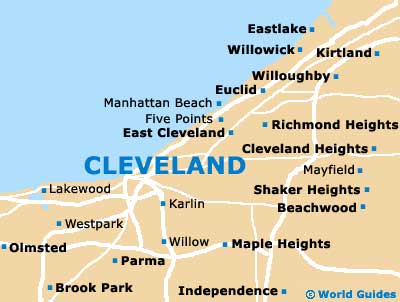 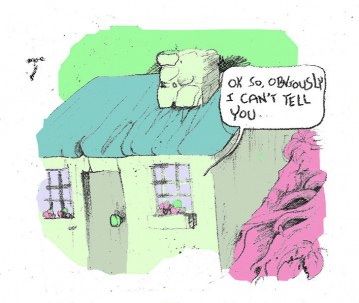