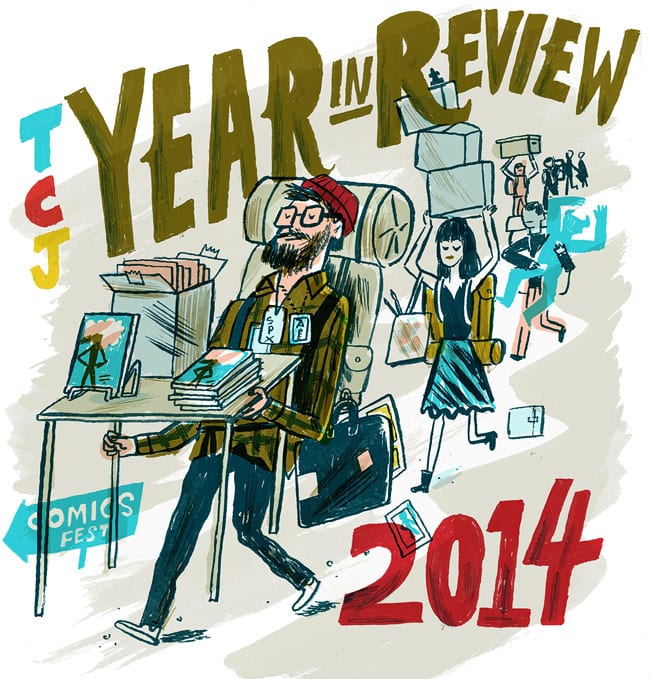 We don't really go in for the "best comics" type lists here. No, we just want to provide you, the reader, a guide to OUR best of 2014. That's right, here's what we think is worth a second or first read from this past year here at TCJ. Please note that this list is compiled in a pre-holiday haze, so any omissions or acts of unintentional offensiveness are entirely, uh, unintentional!

Sarah Boxer did a wonderful interview with John Porcellino.

Dan nominates Tim's epic interview with Tim Hensley, arguably one of the world's greatest living cartoonists. Part 1. Part 2. He also got some good stuff out of Charles Burns.

Philip Nel had a terrific piece with Mark Newgarden and Megan Montague-Cash.

Chris Mautner had a great chat with Katie Skelly, and another with Mimi Pond.

Marc Sobel got a lot out of Ulli Lust and Kevin Huizenga.

Matthew Thurber's conversation with Carlos Gonzalez was a great look into an under-explored cartoonist.

Both Greg Hunter and Mike Dawson interviewed the novelist, translator, and critic Brian Evenson on the very same topic—Chester Brown's Ed the Happy Clown—and between them covered an enormous amount of ground.

Greg also had a nice one with the great Jules Feiffer.

Likewise, it was great to feature Lale Westvind, who had a stellar 2014, on the site.

Jeffrey Trexler did an outstanding job as our legal correspondent this year, focusing primarily on the Jack Kirby case. Here are three of his most solid pieces from June, July, and November. Read those in order.

Rob Clough had a great "exit interview" with Andrew Neal of Chapel Hill Comics, as he retired early from a successful career in comics retailing, and also wrote about his own experiences helping to found a comics convention.

Whit Taylor joined the TCJ team this year, and immediately made waves with strong, fresh, and unusual features on topics that in other hands might have made for lackluster stories, such as a a conference on comics & medicine and the three-millionth report from SPX.

Matthew Thurber's "Letter to a Young Cartoonist" focused on important and timely issues and touched many a nerve.

Howard Cruse honored us tremendously by allowing us to publish his most recent strip.

Eleanor Davis turned in one of our best-ever cartoonist diaries. The relative unknown Kayla E. also did very strong work.

We were very pleased to inaugurate a new column this year: Julia Gfrorer's Symbol Reader, for which she turned in a bunch of excellent pieces. Start here and here.

As usual, Ryan Holmberg took us to school with columns on proto-gekiga, Seiichi Hayashi's relationship to pop music, and the origins of kawaii.

Ken Parille typically brought his best game with close reads of current comics and some older ones, including the work of Pete Morisi.

R.C. Harvey remembered Morrie Turner and reported back from the Reuben Awards. His column on "the perversion of the graphic novel" was particularly provocative.

Matthias Wivel looked at the challenging body of work from the Franco-Beninese artist Yvan Alagbé, and talked to Lewis Trondheim about Angoulême.

R. Fiore did some great work on the business of comics.

Frank Santoro on Julie Delporte and his trip to Columbus, Ohio.

How can we pick and choose among Joe McCulloch's columns? He's inimitable and unstoppable, a show horse's talent with a work horse's sense of dedication. Most of his columns qualify for this space, but maybe start with his SPX report and what may have been his masterpiece this year, an in-depth look at Hong Kong's Jademan comics.

Sean T. Collins had a strong year, and among his best were The Basil Plant, Configurations, Don't Tell Mom, and How to Be Happy.

Paul Tumey had some thoughts about Mutts.

Brian Nicholson joined TCJ for a very strong year, leading off with a review of Brandon Graham's Multiple Warheads and Jordan Speer's QCHQ.

James Romberger had a mixed review of the Alex Toth Genius, Animated collection.

Matt Seneca came out of retirement to outdo himself with a review of Richard McGuire's Here.

And in this season, it's worth remembering some of the comics figures who left us this year: 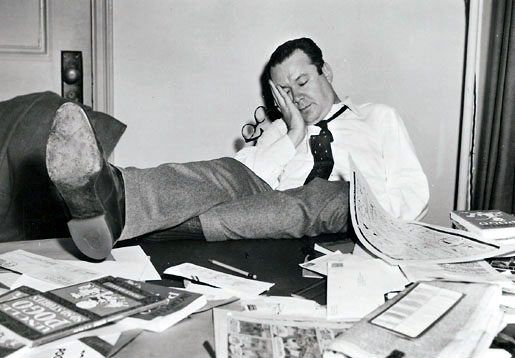 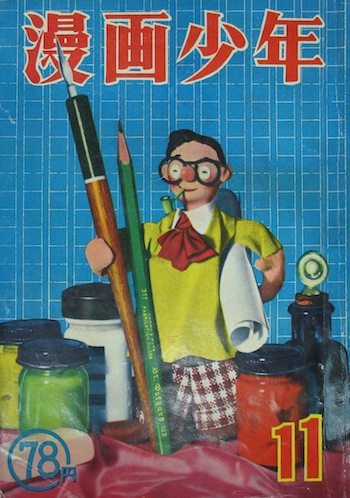