Joe McCulloch has his usual guide to your Week in Comics!, with spotlight picks including a children's graphic novel from Craig Thompson and a superhero-ish manga called One-Punch Man.

And Glenn Head is back with day two of his week contributing our Cartoonist's Diary feature. In this entry, he remembers learning from his father in 1968 what it means to be rich.

[Luba has] mellowed with age. I’ve seen that most people change as they get older. At a certain age, people start to explore different areas of their personalities. So I did that with Luba; I decided to make her as complex as I could. A lot of her rage had come from defensiveness. She’s the same person now, but she doesn’t have the outbursts that she used to. Although those [scenes] were probably really enjoyable for the reader, I had to move on. That’s difficult, because she’s probably the best-written character I’ve created.

The Lady Collective website interviews publisher Annie Koyama about life in her twenties:

My first job when I was of legal working age was in a women’s clothing store in a suburban mall. I certainly didn’t fit in as the store sold spongy, synthetic clothing to middle-aged women. Customers would pee in the dressing room wastebaskets and I’d have to take the wastebaskets downstairs down a long, dark corridor to get to the washrooms. I was making some of my own clothing at that time so needless to say, I never used my employee discount.

I think it’s kind of beautiful and hilarious to see people eating their organic kale and quinoa salads while gazing across the opaque, fetid water.

—News. You may have seen some online reaction to this story about a few incoming Duke freshmen declining to read Alison Bechdel's Fun Home. I think those students are making the wrong choice, myself, and hope they change their minds, but it is worth noting, I think, that this isn't a book that's part of their curriculum -- it's intended to be optional -- so I'm not sure this is actually worth much consternation. Students finding an excuse to avoid optional summer reading is a pretty dog-bites-man story.

—Misc. Frank Santoro wants to buy the house next door and turn it into a comics school. Read his explanation here. 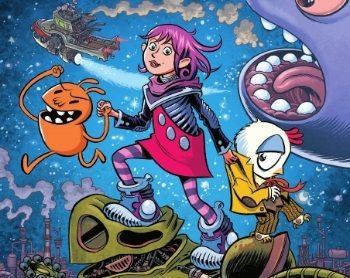 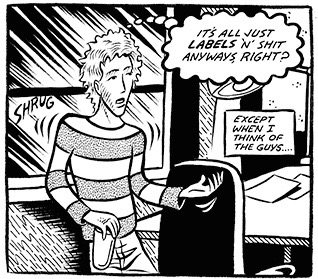