Today, we present Chris Mautner's interview with Eddie Campbell about his latest graphic novel, The Lovely, Horrible Stuff. An excerpt:

CAMPBELL: Most people take a lot of things for granted, like what a thing is worth and how much they should get paid for an hour’s work etc., but for a few other people nothing arrives without a set of negotiations. Like agreeing on how much is to be paid then, when the time comes, having to phone up to make it happen, then having to shepherd the money through international exchange channels. Nothing is ever worth the same amount twice. I don’t take anything for granted. There was a time when I got two Australian dollars for one American. Now I get less than one. And I make all my income from foreign countries, so multiply the problem by Euros and pounds. So yes, I guess I see money differently from Joe Average. Explaining it to my wife is where the difficulty resides.

And of course, Joe McCulloch is back with his usual Tuesday column on the week in comics.

We're still running on vacation time here, so undoubtedly we're missing a lot, but here are a few comics-related links worth looking at.

—Perhaps the most surprising development was the Wall Street Journal's publication of this review, which uses the occasion of Christopher Irving's Leaping Tall Buildings to display attitudes towards Marvel and DC and creators' rights more typical of your average comics blogger than you'd expect to find in a financial newspaper. (A sample: "If no cultural barrier prevents a public that clearly loves its superheroes from picking up a new 'Avengers' comic, why don't more people do so? The main reasons are obvious: It is for sale not in a real bookstore but in a specialty shop, and it is clumsily drawn, poorly written and incomprehensible to anyone not steeped in years of arcane mythology.")

—J. Caleb Mozzocco notes the appearance of a creator portraits page at the DC Comics website, which Mozzocco thinks may have been spurred on by some of Chris Roberson's public comments upon his departure from the company.

—Finally, it's always worth noting when Robert Boyd is writing about new comics. Here he is on three recent "art comics" he thinks show signs of being influenced by the more cosmic side of Jack Kirby. 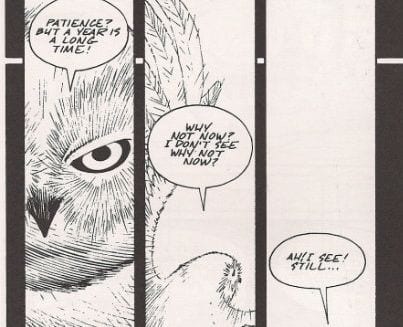 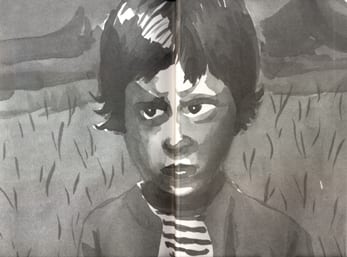 Six Observations about Alison Bechdel’s Graphic Archive Are You My Mother?