A tech-heavy period in the world of this week’s links, a selection of which can be found below, as billionaires, millionaires, and the digital startups they just love to incubate, increasingly encroach on the distribution and production of creative endeavours - will il Maestro, Milo Manara, be the one to save us from the reign of the hyper-wealthy kleptocrats? Only time will tell. On with the show.

• Kicking off the week with a check-in on how things are going in the world of artificial intelligence, and signs point to ‘outlook not so good’, as the Lensa app’s portrait generation, via the Stable Diffusion neural network, went viral, leading to more questions regarding the provenance of the artwork that such networks draw from, and the fair compensation of artists for their work. The ethical and copyright questions surrounding such generative programs aren’t particularly new, various legal papers from the past 5 years consider the ownership issues raised by AI-driven image production, but the increasing ease-of-use and availability to users is now putting theoretical discussions into practice - Celsys, owners of digital drawing software Clip Studio Paint, quickly walked back planned AI integration into their platform this week, after a widespread user backlash.

• ICv2 and Anime News Network report figures from Oricon’s annual manga sales report from Japan, as domestic sales of print manga look to be slowing, following a boom period during the pandemic, mirroring a similar slowdown in Western markets - The Economist reported recently on the manga market slowdown, compared to the continued success of webtoon platforms to attract the lucrative younger reader market.

• Comics personnel changes, and The Beat shares news that Hunter Gorinson will be Oni-Lion Forge’s new President and Publisher, stepping into the role after the company implemented substantial layoffs in its staff over the summer.

• Sacramento’s KCRA reports on a spate of thefts targeting local comics and collectibles stores, after five retailers in the area reported break-ins and smash-and-grabs, apparently focused on high-value goods that are easy to remove from the premises and then quickly sell on to a buyer, leading to businesses having to change the way that they work.

• Koyama Provides announced the latest recipient of their grant program, awarding $1,500 to Emil Ferris, which will be used “...to purchase sketchbooks for ‘The Drawing Club.’ Those sketchbooks are given to children and adults who wish to join ‘The Drawing Club.’ The other portion of the grant will be used to create the arm of a website for the club.”

• In memoriam, remembering those the comics world has lost, as news was shared that Don Orehek, storied cartoonist, and four-time winner of the National Cartoonist Society’s Best Magazine Cartoonist Award, passed away last month, aged 94.

• News was also shared of the passing of prolific Archie Comics artist Tim Kennedy, who had been working on the publisher’s comics with twin brother Pat since 1989 as The Kennedy Bros - Editor in Chief Mike Pellerito cited Kennedy’s fun and versatile artwork.

Sign our Strike Solidarity Open Letter! Find it here in our LinkTree: https://t.co/qGHRivXEJ3
Here's how YOU can participate:
(1/3) pic.twitter.com/18mX1S2eaX

• Chris Mautner reviews the meandering satire of Yeong-shin Ma’s Artist, translated by Janet Hong - “Perhaps surprisingly for a book about artists, actual art (or at least the process of producing it) is rarely seen or discussed. Instead, our hapless trio are more focused on getting drunk at restaurants and karaoke bars, hitting on women, and navigating treacherous political waters as they attempt to garner positions of note. Artist is a book that is more concerned with the realities of trying to make a living in the arts than with craftsmanship.”

• Tom Shapira reviews the mythic explorations of Hayao Miyazaki’s Shuna’s Journey, translated by Alex Dudok de Wit - “We can never quite be sure where or when this story happens: it could be the past; it could be a Nausicaä-like post-apocalypse future; it could be another world; it could be Australia. We don’t know, because we don’t need to know.”

• David Brooke reviews the fresh concepts of Alex Paknadel, Caspar Wijngaard, et al’s All Against All #1.

- The sure-footed snappiness of Elizabeth Colomba and Aurélie Lévy’s Queenie: Godmother of Harlem.

- The heartfelt preservation of Brian Alessandro, Michael Carroll, and Igor Karash’s adaptation of Edmund White’s A Boy’s Own Story.

- The inviting accessibility of Barbara Stok’s The Philosopher, the Dog and the Wedding: The Story of the Infamous Female Philosopher Hipparchia, translated by Michele Hutchison.

- The complex explorations of Clifford Thompson’s Big Man and the Little Men.

Paige Lyman reviews the bite-sized fun of Dark Horse's The Legend of Korra: Patterns in Time.

• Zach Rabiroff interviews Wig Shop’s Jeff Alford, as TCJ’s Retail Therapy series returns, discussing getting into the comics selling business, the personal nature of stocking an online shop, and the joys of championing work - “Wig Shop is my dream bookstore as a bookstore nerd. That’s the kind of vibe I wanted to do, is have a place that had interesting things that people could get excited about and show their friends, and feel like they snagged something special. So it all kind of comes from that hobbyist slant where I like collecting things, and I know other people do.”

• Presented from the archives, originally published in 1990’s The Comics Journal #139, Peter Bagge interviews Aline Kominsky-Crumb about childhood memories, hippie heaven in Tucson, and life in the underground scene - “In art school I had all these male teachers who were very domineering, handsome, chauvinistic. That was fun in its own way because it was all sex and perversion and power games, but it wasn’t very good for my artwork. This was the main reason that I left there. This was like a group of absolutely equal people, and it was really exuberant. There was a lot of energy. It was a good period for me. I was happy to meet those women and be in [Wimmen’s Comix].”

Chris Coplan chats with Alex Paknadel about All Against All and biological chimaera, and with Christopher Cantwell and Adam Gorham about Blue Flame and thoughts on super powered protagonists.

Dai Newman speaks with Rob Kirby about Marry Me a Little, writing from experience, normalised queerness, and the right to marriage.

• John Kelly also writes for TCJ in remembrance of the life and work of Aline Kominsky-Crumb, who passed away last month at the age of 74 - “Though she later left the Wimmen's Comix collective due to issues with its direction, and launched her own women's title, Twisted Sisters Comics with Diane Noomin, Kominsky-Crumb was a founding member of the group and the experience was important in her development as an artist.”

• Further obituaries for Aline Kominsky-Crumb, alongside those linked to in the above, included pieces from Artforum, AP News, Drawn & Quarterly, The Gutter Review, ICv2, The Jewish Telegraph Agency, The Nation, The New York Times, and The Washington Post, while a Legacy page collated social media tributes paid to the cartoonist.

• Claire Woodcock reports for Vice on the realities of graphic novel bannings in school libraries in the US, and the students that are being done a disservice due to these sweeping book removals, on the say-so of a small number of ‘concerned’ parents.

• Ahead of the publication of Sarah Airriess’ adaptation of Cherry Apsley-Garrard’s The Worst Journey In the World, Robin McKie writes for The Guardian on Robert Scott’s ill-fated expedition to the Antarctic.

• For The Gutter Review, Tom Shapira writes on John Wagner and Cam Kennedy’s Kenny Who? stories, in the age of AI art generation through the exploitation of human artists’ work.

• From the world of open-access academia, in the Journal of Graphic Novels and Comics, Neil Cohn, Irmak Hacımusaoğlu, and Bien Klomberg present findings from a study on cross-cultural variation between POV comic book panels.

• For Hacettepe University’s Journal of Faculty of Letters, Corry Shores writes on applying Vivian Sobchack’s Merleau-Pontian phenomenology of embodied film experience to comics, in the context of Gilles Deleuze’s philosophy of shocking sensations, in the work of Peter Bagge, Mary Fleener, and Craig Thompson.

• Mike Peterson rounds up the week’s editorial beat, over at The Daily Cartoonist, as Elon Musk, Royal racism, and Donald Trump all appeared above the fold, along with the endemic transphobia of politics.

• Dash Shaw joined Katie Skelly and Sally Madden for this week’s edition of Thick Lines, as the trio took a look at one of the breakout books of 2022 - Nick Drnaso’s Acting Class - and what the ambiguous nature of the story’s characters may or may not say about their author.

• Austin English hosted a new meeting of the New York Comics & Picture-story Symposium, presenting a wide-ranging conversation with artist and publisher Tim Goodyear about what taste can comprise, the nature of comics retail, and the failures of the internet to allow for effective discovery of new stories and storytellers.

• Mangasplaining closed out season three of the podcast, as David Brothers hosted the now-traditional return to Katsuhiro Otomo’s Akira, this time out discussing volume 4 of the series, and the many reasons it has legendary status.

• Regular programming on Cartoonist Kayfabe’s channel, as this week Ed Piskor and Jim Rugg, plus guest appearances from Tom Scioli, took a look through The Peacemaker #1 and #2, X-Force #2, Crimson #1 and #2, Strange Tales #114, Uncanny X-Men #94, and Steve Englehart and Marshall Rogers x Batman

• David Harper welcomed Jason Aaron to this week’s edition of Off Panel, as they discussed creator-owned books and work for hire, story evolutions and limited series, and a general overview of how 2022’s been.

• Kate Fitzsimons, Heidi MacDonald, and Calvin Reid convened for a new edition of Publisher’s Weekly’s More to Come, as they spoke about personnel changes at Oni, the passing of Aline Kominsky-Crumb, and rounded up various news stories from the world of indie comics in the direct market.

That’s all that there is for this week, back in seven days with more, while in no way panicking about how much seasonal gift buying I have left to do. 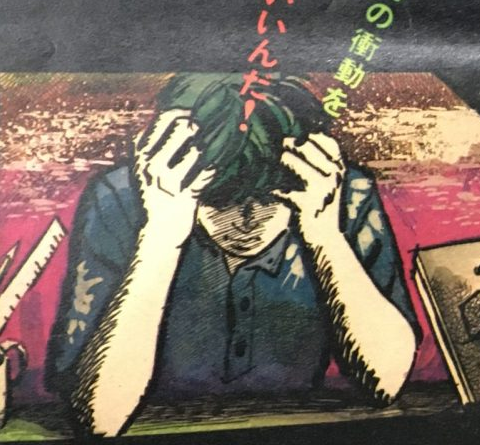 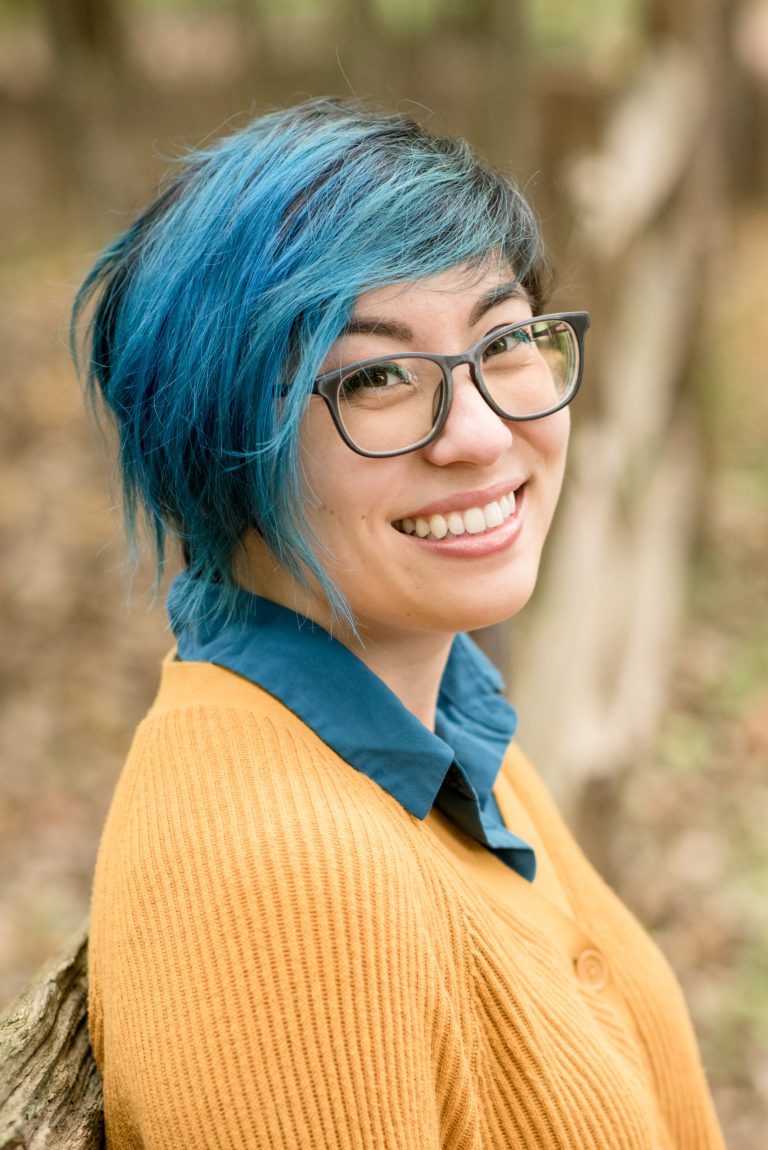 “It’s A Miracle That This Book Even Exists”: An Interview With Gale Galligan