Today's a doozy, starting with the great Joshua Glenn (forever beloved for the late, lamented Hermenaut) on the long-awaited arrival of Gary Panter's Dal Tokyo collection. Here's an excerpt:

The weekly strip first appeared in the L.A. Reader back in the liminal year 1983—the final year, that is to say, of the Seventies, which began in 1974. The postindustrial era had arrived, and Panter gave us a future scenario in which nothing is created except graffiti, and everyone is in search of spare parts: mechanical and bodily. Like the abandoned highways and buildings of Dal Tokyo, the strip’s four-panel format is a hollowed-out shell—to be repurposed, misused, and abused however the squatter-artist sees fit. Some weeks, Panter uses his four panels to tell a serialized, Flash Gordon-type adventure; other weeks, he spreads a single scene or image or explosion across the entire frame; and in recent years, the chaotic action of the strip has subverted the very idea of a linear, delimited format. There is a desultory plot to Dal Tokyo: one as meandering and bemused, and as liable to follow a minor character right out of the scene for a long spell, as a Richard Linklater movie. “I’ve just got way too many leads to follow up,” Panter has explained, “and I’m happily chasing them in all directions.”

We also have the debut of a new artist in our Cartoonist's Diary feature, the legendary John Porcellino! Day one chronicles a road trip from the top of Illinois to Gainesville, Florida. What would he be doing there?

And finally, as the more diligent Comics Journal readers already discovered this weekend, Frank Santoro published another installment of his "New Talent Showcase", this time reviewing comics by Derik Badman, Clara Bessijelle, and A. Degen.

—The most obvious big news this weekend was the announcement of this year's Harvey Award recipients. Kate Beaton and Daredevil cleaned up their respective categories. Congratulations to the winners.

—Ken Quattro has unearthed a lengthy 1953 conversation between Joe Kubert, William Gaines, and Al Feldstein regarding the creation of 3D comics.

—Least predictable development yet? Today marks the online debut of new installments of Wendy & Richard Pini's Elfquest, at one of the world's most popular sites, Boing Boing. (As mentioned before on this site, the entire print run of previous Elfquest comics is available for free.)

—Frank Young continues to do valuable work, digging up the rarest John Stanley comics in existence. This time, it's possibly his strangest, Linda Lark, Registered Nurse.

—Rob Clough previews seven publishers you might want to seek out at this year's SPX, which takes place this weekend in Bethesda. As previously noted, this year's panels and guest slate look pretty amazing. 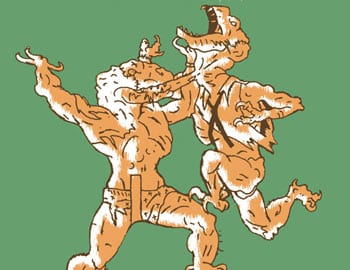 The Pathological Culture of Dal Tokyo 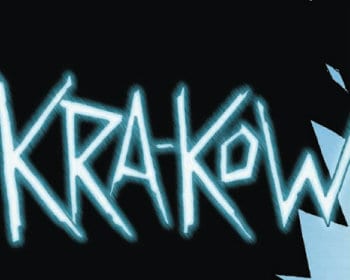