I kind of feel like after Craig Fischer's column on horror comics from yesterday, we don't need to publish anything else this week. At the very least, I don't want it to fall through the cracks, so give it a read soon if you haven't done so already.

New today, we have the usual Joe McCulloch Tuesday feature: This Week in Comics!, this time featuring a bit on the top about '00s Joe Kubert. Joe also made a guest appearance this week over at Douglas Wolk's Judge Dredd site, in which the two discuss everything from Garth Ennis to comic-book ethics to Before Watchmen. (There's some overlap.)

We also have Rob Clough's review of Sharon Lintz's Pornhounds 2.

Elsewhere, Michael Chabon is mining comic-book history in his fiction again, and has a story in this week's New Yorker that is partly based on the relationship between Stan Lee and Jack Kirby.

At the Brooklyn Rail, Bill Kartalopoulos has a typically well-informed and informative review of the new Joost Swarte collection.

And the mysterious Illogical Volume of the Mindless Ones has a complicated response to Grant Morrison's Batman comics (and his recent dubious statements about Siegel & Shuster). Of course, it's unclear if complicated responses are what Morrison deserves—though as Joe M. pointed out over at Wolk's place, Morrison is the only DC creator we know of (besides Kevin Smith, ha ha) to have publicly turned down working on Before Watchmen. So at least there's that. 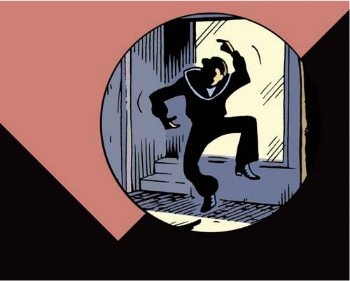 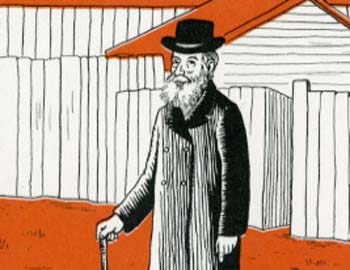