Today at the Comics Journal, AJ McGuire is here to spread the gospel of Now, making for the sort of back-to-back Eric Reynolds related content that feeds conspiracies.

The comics in Now do look different than the ones in Mome, but the difference has more to do with the changes in taste of the new generation of cartoonists than in any editorial direction. Dan Clowes and other 90’s alternative cartoonists’ influence were felt all across Mome, but they're practically non-existent in Now. Both thematically and stylistically the influence of the big Alternative cartoonists has receded as a dominant force. A comic in Mome like Paul Hornschiemier’s “Life With Mr Dangerous”, with its listless protagonist muddling her way through bad relationships, a dead-end job, and self-loathing felt like a relic on a recent re-read. It’s likely that no cartoonists with work in Now would list Peter Bagge as an influence, but he was clearly a major one for Kurt Wolfgang’s comics in Mome, with their rubbery armed characters getting into mischief and lazing about. There is little self-loathing in any of Now’s comics, and Now issues #1 - #3 might contain the least amount of cross-hatching of any non-genre comics anthology series published in the last 40 years. The one thing Now is best at is showing exactly how much the comics canon has been blown open in the last ten years.

Elsewhere, the organizers of CAKE would like up-and-coming artists who could use some financial assistance in putting together a mini-comic to apply for the organization's Cupcake Award. The information on how to do that is right here, as well as the submission guidelines.

2dcloud is about to put out Leif Goldberg's Lost in the Fun Zone, so now is a good a time as any to watch this short video and get amped. 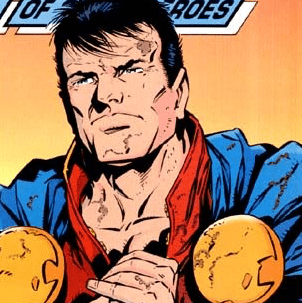