Today on the site, Joe McCulloch has our obituary for Kazuo Koike.

Kazuo Koike, the wildly prolific writer of Japanese commercial media, comics foremost among them, died of pneumonia on April 17, 2019. He was 82.

Born in Akita Prefecture on May 8, 1936 -- his true name was Seishu Tawaraya, though he may have been born under the given name Yuzuru -- Koike led an early life of disparate vocation. He studied law at Chuo University in Tokyo, but, like most students, did not pass Japan's formidable national bar examination. He studied writing with the novelist Kiichirō Yamate, but this brought him no success. Instead, he found work at the Ministry of Agriculture and Forestry, and took jobs in the leisure fields of golf and mahjong. It was not until his thirties, in 1968, that he arrived in comics via Saitō Production, the studio of popular gekiga artist Takao Saitō (b. 1936), who had broken away from the collective setup of the pioneering Gekiga Studio of the 1950s and built a house of mass production, an industrial sector of comics with room for a dedicated scriptwriter among the other work teams. Koike applied for the position, having caught word in a boys' comics magazine, and immediately became a unique figure in manga: a dedicated writer who did not come from any other literary field. Of historical note is his work on Saitō's Muyōnosuke, a period drama about a lone swordsman bounty hunter that brought Koike his first deep dip into comics jidaigeki, but western readers will best recognize Golgo 13, the still-running adventures of a sniper-for-hire, on which Koike served as founding scriptwriter with creator Saitō. The feature was devised for Big Comic, a new magazine aimed at teenagers and adult men; the character is introduced at the window of a hotel in Hamburg, bathed in neon, dispassionately smoking a cigarette while clad only in a pair of white briefs, a prostitute lolling in bed behind him. An era had begun.

Koike separated from Saitō Production in 1970, and strode promptly into renown. In a 2015 interview with the Criterion Collection, he would describe the Japanese comics scene at the time as a close-knit one where people knew each other; that was how he came to approach the artist Gōseki Kojima (1928-2000), a 41-year-old veteran of kamishibai, rental manga, and magazine serialization, to create a new period drama for the young male market. Lone Wolf and Cub -- in which Ogami Ittō, the shōgun's executioner, suffers the slaughter of his household and the ruin of his honor, and gives his child, Diagorō, the choice of the ball and the sword, and the child chooses the sword, and thus joins his father on the assassin's road -- was a grand success, running from 1970 to 1976, selling more than eight million copies in collected form in Japan, and launching a feature film series for which Koike wrote many of the screenplays; there were also two television series, and various sequels, parodies and homages. Portions of two of those Koike-scripted feature films would subsequently be edited together and dubbed into English, released to American theaters in 1980 as Shogun Assassin, a blood-drenched foundation for Koike's overseas fame, beloved by cult movie enthusiasts on VHS, though few at that time would recognize the writer's name.

Matt Seneca is here, too, with a review of Julian Glander's 3D Sweeties.

When I'm bored at work, which happens enough to have caused my return to writing comics criticism after years away from the field, one of my favorite things to do is pull up and peruse all my liked posts on Twitter or Instagram. It feels like this should be a foregone conclusion, and maybe it is, but I sure don't see it discussed very much: memes represent an evolution of the comics medium. The basic formula of making humor out of an incongruous juxtaposition of a visual statement with another element, be it visual or textual, is functionally identical to the soil of political and gag cartoons that the comics form sprouted from. This dude is a comic. So is this thing, and this. That one you just favorited probably is too!

I think a big part of what's driving the amount of discussion around Olivia Jaimes's rendition of Nancy is the way it uses the extreme short form and funny technology gags to spotlight just how strong the connective tissue between traditional comics and memes really is. It'd sure be nice to have a few more things like that one though! For a medium situated in such close proximity to what's arguably become the lingua franca of 21st century discourse (no shit!), the bulk of comics seems rather uninterested in exploring meme mechanics or considering ways to try and draft off the insane momentum of the new art form that's moved in next door.

Enter Julian Glander and 3D Sweeties! On the most formal level, Glander's book has no more in common with memes than anything else that comes out new on Wednesday: his pages are organized into gridded sequences of square boxes featuring pictures of characters doing and saying things. But the online-obsessed, non-sequitur, punchline-implying more than punchline-delivering things they do and say feel a lot more like the kind of igs your friends show you to break up a quiet moment at the bar than they do the funny papers, and the visual world they inhabit is more exotic still. Glander's digital drawings are both incredibly weird and incredibly beautiful, and they're definitely the best part of this book. 3D Sweeties' computerized characters wander far afield indeed from the human or even traditional anthropomorphism: a sentient cup ("Cuppy", duh) is the closest thing the book has to a star, and most of its best sequences follow the travails and shit-talk of shiny, slimy forms with blasé attitudes. More notable still are Glander's neon color schemes, which look drowned in Kool Aid and then dried out in a desert of Fun Dip (thinking about it, Kool Aid Man is probably the comics character most similar to this book's cast).

CHANG: So what was it about the trial involving Trayvon Martin's death that inspired you to start doing editorial cartoons again?

BELL: Well, the trial of George Zimmerman pretty quickly turned into the trial of Trayvon Martin as far as I was concerned. It seemed like it was a criminal trial of the person who had been killed. And half the country basically decided that Trayvon Martin was responsible for his own death before the trial even started. And they didn't change their minds no matter what they saw. And around the same time, my wife and I found that we were pregnant with my first son. And it occurred to me that if he were to grow up and something like this were to happen to him, half the country would say he had it coming. And I wanted to protect him. The only way I knew how to do that was through cartoons. That's what I do.

The most recent guest on the RiYL podcast is Lauren R. Weinstein.

Barry and Groening met at Evergreen State College when Groening heard Barry had written to one of his favorite authors, Joseph Heller, and received a response. Barry wrote about how much she loved his novel “Catch-22” and asked him to marry her. Heller wrote back, “I’d like to marry you, but I don’t want to live in the dorms.”

... Groening also shared a question a college professor asked him: “You do what you do adequately well, is it worth doing?” Groening admitted he grapples with this question daily. 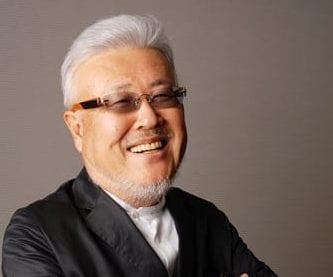 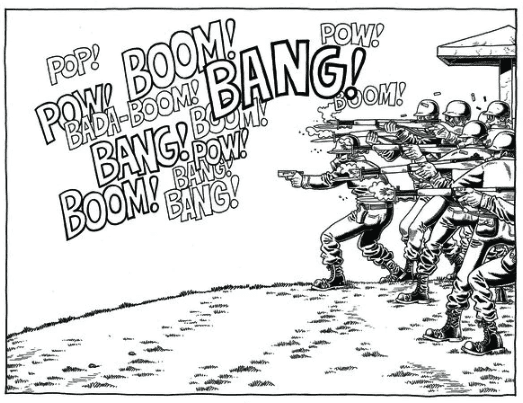