The summer doldrums are fully in effect at this point, in the northern hemisphere at least, but there are still links to be had, a selection of which can be found below, so don’t you worry. Otherwise, this week, I found myself captivated by the first images from the James Webb Space Telescope, and also by England’s Women’s Euros team scoring a record-breaking 8 goals in a single match - one was a timely reminder of the immense and infinite wonder of the universe, letting you bask in the beautiful glory of creation, and the other is a set photographs of some stars and galaxies. I’ll be here all week.

Excited to announce the upcoming season of the NY Comics & Picture Story Symposium @nycomicssymp
The symposium is one of my favorite comics institutions, run for over a decade by Ben Katchor. Honored to guest curate this season with some of todays best comics makers & thinkers. pic.twitter.com/A64qfyVZ0P

• Starting off the week with some comics and the legislature news, as Love Hina creator Ken Akamatsu has won a seat in Japan’s House of Councillors, representing the conservative Liberal Democratic Party, and becoming the first mangaka to serve in the National Diet - Anime News Network rounds up Akamatsu’s platform, as well as stances on Japan’s copyright and child pornography laws.

• In other legal news, Publisher’s Weekly reports on Hachette, HarperCollins, Wiley, and Penguin Random House’s lawsuit against the Internet Archive, which seeks to shut down the latter’s controlled digital lending program to libraries, as plaintiffs and defendants filed competing motions for summary judgement last week, arguing respectively that it is illegal and a form of piracy, or, conversely, legal and for the public good, and protected under fair use. Never the twain shall meet.

• Bankruptcy news, and Eaglemoss, a British partwork publisher that held licences for DC and Marvel books and collectibles, has reportedly gone into administration, its website returning an ‘error’ that does not allow for any new orders to be made at time of writing, and with widespread radio silence on the company’s social media channels.

• Publisher personnel news, and Oni Press followed up last month's layoffs with another round of the same, The Beat tracking the removals of editor Jasmine Amiri,  sales manager Henry Barajas, senior editor Amanda Meadows,  and senior VP of sales and marketing Alex Segura, with the publisher having preceded this by cancelling attendance at next week's San Diego Comic-Con due to "a reduction in on-site staff". Oni Press later responded to their having laid off large numbers of their own senior staff with no publicly named replacements, leaving creators dealing with the publisher in limbo, by releasing a bizarrely worded statement bemoaning "wildly sensationalistic rumours" and promising the world for their "content consumers", while reiterating the fact that it is indeed their 25th birthday.

• Elsewhere, ICv2 covers the departure of Scout Comics’ co-publisher David Byrne, replaced in the role by Richard Rivera, accompanied by various promotions and lateral moves within the publisher, carried out in a more sedate manner than the above.

• Some sorely needed positive personnel news, and it was announced that Austin English will be joining The Comics Journal's print edition team as co-editor, starting with TCJ #309, coming in March 2023.

• News arrived late last week that Robert C. Harvey, cartoonist, comics historian, and contributor to The Comics Journal for over four decades, passed away on the 7th of July, aged 85, due to complications from a fall. Daniel Yezbick has an obituary for R.C. Harvey, here at TCJ, and further remembrances were published at The Daily Cartoonist, ICv2, and the Association of American Editorial Cartoonists, with tributes also paid on social media.

• News was also shared late last week of the passing of Wizard co-founder and EIC, and DC Comics editor, Pat McCallum, with CBR and Comic Book collating remembrances from friends and colleagues.

Flawless victories, each and every one… This week’s reviews.

• Leonard Pierce reviews the criminal delights of Jérôme Mulot, Florent Ruppert, and Bastien Vivès’ Olympia, translated by Montana Kane - “Olympia is tremendously cinematic - not in the big-screen, noisy fashion of so many contemporary action comics, but in the precise, rhythmic manner of the best caper movies. Long moments of silent set-up and planning, establishing shots of some of the most beautiful locations in Paris, bursts of unexpected violence, and the naturalistic but sparkling dialogue that characterizes the best crime fiction are doled out one after the other, with nearly perfect pace and timing.”

• Helen Chazan reviews the cosmic satire of Usamaru Furuya’s The Music of Marie, translated by Laura Egan - “Like Furuya’s gag manga, each chapter introduces a concept and toys with its consequences, the joke being the absurd presence of the divine, giant pretty girl hovering in the air, whose presence modulates the reality beneath her.”

- The versatile vignettes of Hannah Lee Miller’s The Pigeon Diaries.

- The haunting structure of Peony Gent’s Eke It Out Then Swallow It Whole.

- The potent poignancy of Johnny Parker II, Felipe Horas, et al’s The Black Man’s Guide to Getting Pulled Over.

- The intense empathy of Stéphane Marchetti and Cyrille Pomès' 6,000 Miles to Freedom: Two Boys and Their Flight from the Taliban, translated by Hannah Chute.

- The elevated eeriness of Antoine Maillard’s Slash Them All, translated by Jenna Allen.

- The impressive execution of Neil McGinness’ Pulp Power: The Shadow, Doc Savage, and the Art of the Street & Smith Universe.

Shouted over the drone of vuvuzelas… This week’s interviews.

Katie Skelly interviews Jordan Crane about Keeping Two, letting the reader see organic growth, the dangers of cars, and the importance of the internal experience - “I knew it was going to be a long story. Before I started drawing it, every time I would finish a comic I would think, holy shit, I have no idea what my next comic is. I’m totally adrift here, I’ve got to come up with something. And so it would be this moment of terror. And then in one of these moments of terror Keeping Two came up and I wanted to tell this story about this very paranoid, awful experience that happened.”

• David Brooke speaks with Michael Moreci and Nathan Gooden about Barbaric: Axe to Grind, coming back to the book off of a recent hiatus, and putting Deftones on the work soundtrack.

• Chris Coplan talks to Josie Campbell and Doc Shaner about The New Champion of Shazam, keeping things different, costume refreshes, and focusing on the secret identity; and to Tom King and Chris Burnham about Dark Crisis: Worlds Without a Justice League, the pros and cons of the Man of Steel, visual gags, and uppers and downers.

Diana Ramos chats with Henry Barajas about taking over writing duties on Gil Thorp, a lifelong obsession with comics, and using personal experiences to depict characters struggling with real-life issues.

Deanna Destito speaks with Darick Robertson about The Boys, supporting World Central Kitchen with the comic, and the process of its adaptation to screen.

Debbie Millman talks to Chip Kidd about the art of design, familial comics origins, the various aspects of Batman, and legal wrangling over publisher permissions.

• Shaenon Garrity speaks with Liniers about Macanudo: Welcome to Elsewhere, learning English through comic strips, and making comics to offend and confuse everyone.

Wendy Browne talks to Tom Humberstone about Suzanne: The Jazz Age Goddess of Tennis, the self-care of following sports, the vibrancy of tennis, and the slow wheel of change for women competing in the sport.

why does this toad say this? i can’t find anything about it online pic.twitter.com/lKGIH9LbNn

• Here at TCJ, Sean McTiernan writes on Taiyō Matsumoto’s No. 5, charting its long journey to a now readily available, completed, official, physical English-language release, and viewing the work’s engagement with the terrors of the 00s through the animal perspectives to be found therein - “I’ve seen several critical reactions to No. 5’s release that hinge on this long-maintained curiosity about how the story concludes. There are dangers in that. The box to the German VHS release of Hellbound: Hellraiser II featured a shot of the Cenobites, the series’ demonic FetLife power-users, wearing hospital scrubs. Fans tormented themselves for decades with rumors of a surgical scene somehow too gory even for home purchase.”

• Also at TCJ, Glacier Bay Books present excerpts from new anthology Glaeolia 3, with the publishers stating that - “The organization of an anthology is a monumental undertaking, a task requiring immense coordination and cohesion. In spite of the ephemeral nature of much of what is small press comics, Glaeolia 3 helps to make concrete the existence, impact, and legacy of these works and their authors, and opens up for interested English readers a new and relatively unexplored view into the world of manga.”

• Following the death of Yu-Gi-Oh! creator Kazuki Takahashi last week, confirmed on Monday by a coroner to be due to drowning, widespread coverage was given to the passing of the mangaka, including reporting on the reactions of fans and colleagues to the news from The Los Angeles Times, Newsweek, The New York Times, Polygon, and The Washington Post.

• As book bannings and attempts to legally censor the provision of books to younger readers continue in the US, The New York Times speaks with librarians on the front lines, as they share their experiences from ground zero of the culture war.

• Shelfdust’s Black Comics History series continues, as Kenneth Laster looks back to 1993, and the arrival of Kobalt #1, exploring the pioneering contributions of artist Arvell Jones to the world of comics.

• Over at ICv2, following the recent 2021 comics sales report with Comichron, Jim McLauchlin presents a free preview of an otherwise paywalled feature, breaking down sales trends for the first half of 2022, and speaking to retailers about the current economic landscape.

• As the return of San Diego Comic-Con looms, Heidi MacDonald profiles the mega-event, for Publisher’s Weekly, speaking to various interested parties, and asking the fairly reasonable question - what should we expect?

• On a related note, as large-scale pop culture events return to in-person programming, and mask/testing/vaccination mandates are dropped, for NPR, Shruti Rajkumar highlights the changes coming into effect, and talks to the disabled and immunocompromised people these decisions will exclude from upcoming conventions and festivals.

• Over at The New Yorker, as part of a series on family heirlooms, Hua Hsu writes on the surprising presence of Snoopy and Woodstock at his parents’ wedding, and the enduring popularity of Peanuts.

• Mike Peterson rounds up the editorial beat, over at The Daily Cartoonist, during a week when coverage was split between the travails of the UK and US’ Heads of State, both current and former.

• An Off Panel x Comix Experience crossover, as David Harper spoke with Brian Hibbs about the good and the bad of comics retail in 2021 and 2022, and the current climate of distribution chaos.

• Al Kennedy and Paul O’Brien opened the doors of House to Astonish once more, looking at recent personnel upheavals at comics publishers, and remembering those from the industry who have recently passed.

• David Brothers hosts this week’s edition of Mangasplaining, as the team spoke about Hiroki Endo’s All-Rounder Meguru, specifically volumes 1 and seven, as the mixed martial arts action shifts to focus on female fighters in the latter, and the well-deployed fourth wall breaking found in both.

• Closing out the week with a couple of trips up in the Word Balloon with John Siuntres, speaking with Henry Barajas about joining the Gil Thorp team, and a check in with Brian Michael Bendis for some Q’s and A’s.

That’s all for this week, back soon with more, unless this game goes to penalties.

Chainsaw Man, Ch. 98: Your favorite manga’s back with a brand new chapter! New chapters will come out every Tuesday! Read them FREE from the official source! https://t.co/5Y7qopJ6K7 pic.twitter.com/f5pcGfUKjj 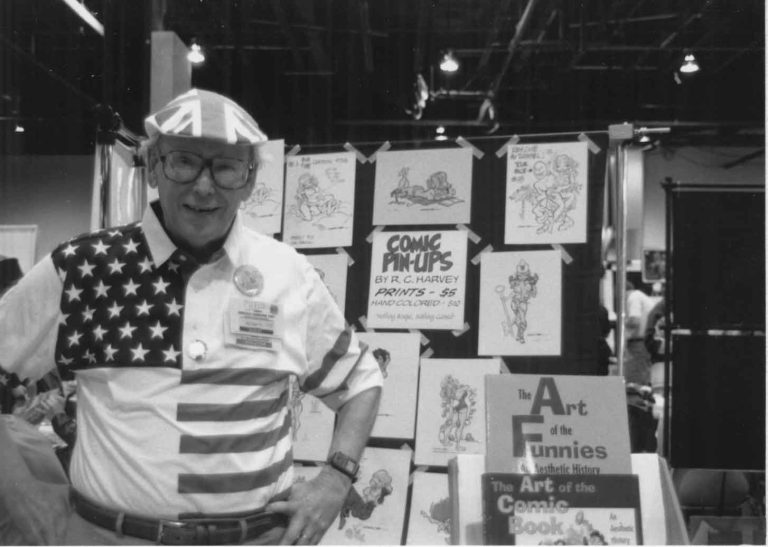 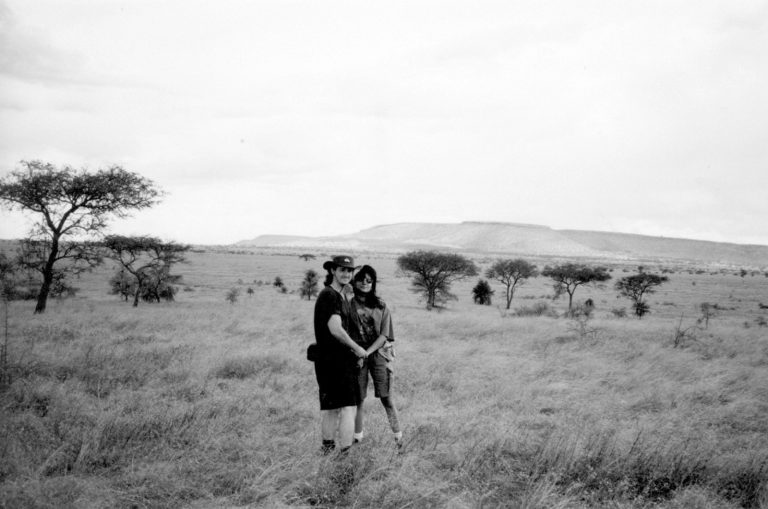 “I Don’t Like To Repeat Myself”: A Conversation with Jeff Smith