The “patron saint” of underground comix died last week at his home and by now has hopefully moved on to cartoon heaven. But he was always a procrastinator and might still be hanging out in funny book limbo.

Gary Arlington started what might have been the world’s first comic book shop in San Francisco’s Mission District in 1968. The San Francisco Comic Book Company began inauspiciously in a small storefront on 23rd Street, where he offered duplicate copies of his EC Comics collection for sale. By a twist of fate, the store became ground central for the explosion of underground comix that began that same year with the publication of Zap Comix #1 by an unknown artist named Robert Crumb. Arlington soon began to sell Zap along with his vintage comics and new Marvel and DC titles.

Cartoonist John Thompson soon discovered the store and brought Crumb and Rick Griffin and others around to meet Arlington. It was one of the first stops Gilbert Shelton made when he rolled into the Bay Area in a garishly painted ’56 Plymouth in 1968 with a load of freshly printed Feds ‘n’ Heads in his trunk. He traded a box of comics to Gary for a ’59 Chevrolet, which he later drove to New York and back, bringing Kim Deitch and Trina Robbins with him. Art Spiegelman’s first meeting with Bill Griffith, like many other cosmic comix liaisons, happened at Gary Arlington’s store. All the latest comix titles were there, along with fanzines, underground newspapers, and high walls covered in bagged EC and other vintage comics.

“It was a thrill when new books would come out all the time,” recalled Gary Arlington in later years. “I was the first one selling them. Even Ron Turner came to me to buy them. I was the only ball game in the world. It was wonderful. I wish it could happen to everybody. When it was all happening, it was magical.  One artist would say to another, I need eight pages for something I’m working on, and it would happen.”

Don Donahue, who published the first issue of Zap, also began printing the small sized Snatch and Jiz comics that same year and brought some to Arlington to sell under the counter. “The first time I heard of Gary Arlington, he was this guy who used to call up Crumb once in a while, this crazy guy who owned this comic book store,” recalled Don Donahue. “Gary was this straight-looking guy who was about 30 years old. Whenever he came around, everybody used to hide the dope. But he was really into old-time comic books. He was starting to get into underground comic books too.”

One day Gary Arlington brought Rory Hayes by to meet Donahue. “Gary came around with this guy, this pale little kid. He was dressed in a black suit and overcoat.” Arlington discovered Hayes and had published his first comic work, Bogeyman Comics, in 1968. “He was a weird kid who came into the store,” said Arlington. “He brought in some of the comic books he had drawn, he and his brother in pencil. We just got together and drew this book with the Bogeyman telling these stories. I dreamed up the cover. A lot of people think it’s just a pile of garbage, but I think it’s one of the most unique things that’s ever been published.”

In 1970 Arlington published the anthology All Stars, with a beautiful Rick Griffin cover showing a desperate, strung-out addict, beset by smut, dope and instruments of violence, pleading for divine help. A hood, antlered figure, bearing a flail and the image of Jesus, enters the room, while the devil calls from below. He later published Griffin’s cryptic mystical masterpiece, Man From Utopia. 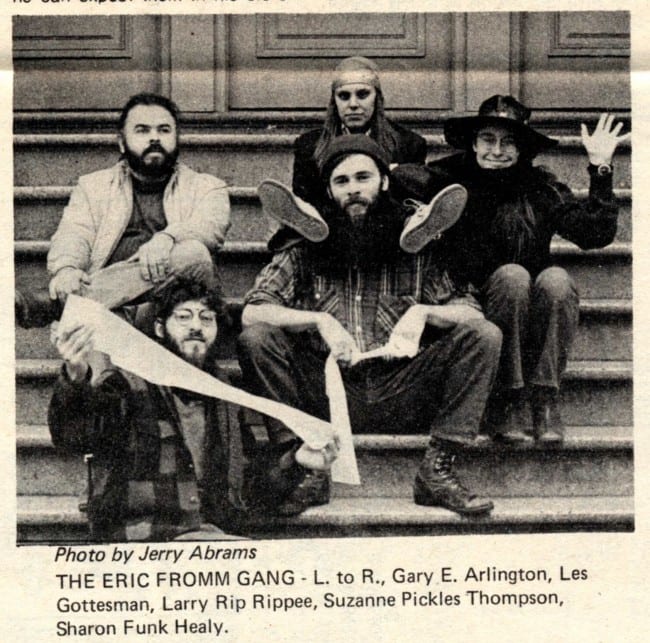 Arlington started a mail order business to sell underground comix across America and around the world, using the name Eric Fromm. “Before I opened the comic book store, I put out a retail mail-order list of straight comics,” said Arlington. “I picked the name Eric Fromm off of a pocket book cover, and I got a post office box and everything. I had absolutely no response at all from this list. I kept the post office box and I kept the name, but I never did sell straight comics through the mail.  I didn’t want the name Gary Arlington or the San Francisco Comic Book Company associated with selling dirty books through the mail because I didn’t want to get busted.” Kim Deitch drew a character who resembled chicken magnate Colonel Sanders to represent Eric Fromm in the catalogs.

When Ron Turner came around with the idea of starting a comic book called to promote ecology, Arlington introduced him to several cartoonists, starting with Greg Irons, who agreed to edit the first issue of Slow Death Funnies and draw the cover, which showed a voracious monster devouring it’s own planet. It was distributed on Earth Day, 1970 and was the first publication of many from Last Gasp Eco-Funnies.

Arlington also kept track of new talent whose work appeared in the comic fanzines, and especially liked Richard Corben, whose sexy, airbrushed sword-and-sorcery tales would soon startle and delight the underground audience. He asked Corben to submit some work to Skull. An animator living in Kansas City, Missouri, Corben had no previous contact with the underground, but he quickly embraced this new outlet for his fantasy tales of lush and lusty heroes and heroines. Arlington traded him some EC Comics for his first story, “Lame Lem’s Love,’ which appeared in Skull #2.

Gary Arlington had a hand in editing and promoting several more comics, but considered himself more of an idea man than a publisher. Fortunately he had lots of ideas. Most of them revolved around the love of his life, EC Comics. His vision of EC rising from the ashes like a cartoon phoenix was not the craziest of his ideas. In fact, it was a highly infectious concept, especially to the cartoonists who read ECs as kids and remembered when their favorite comic books had been sacrificed in the war on juvenile delinquency.

Arlington was the inspirational force behind Skull Comics, said Irons, who was introduced to old EC horror comics at the San Francisco Comic Book Company. “Gary had this great idea for a horror book and he had the title. He had this great piece of paper. It was the cover for the first Skull. It had ‘Skull’ written on the top in ballpoint pen and it had a little square where the picture was supposed to go. That was all. It was incredible, man. I instantly had this vision looking at this piece of paper of the first cover of the first Skull. So I rushed right home and drew it, and took it back to Gary Arlington, and he said, “Oh boy!’ Then I rushed home and did the story. I talked to some other people after I finished the story and asked them to do stuff.” Dave Sheridan, Fred Schrier, Jaxon, and Rory Hayes also contributed to this first issue.

Arlington proposed a new comic title to George Metzger and Rick Shubb, called Brain Fantasy. “He was going to publish it and do all that jazz and he wanted it right now,” said Metzger. “I got an idea and got Robert Inwood going, and we both sat down and did our stories in as short a space of time as possible.” When they brought the art to Arlington, he told them he didn’t have the money to publish it. “He didn’t have anything other than enthusiasm,” said Metzger. “He wanted it right away. It didn’t mean he could produce it right away, but he lusted after it.” Last Gasp published the first issue of Brain Fantasy in 1972.

I last interviewed Arlington in 2010 when a rumor started on Facebook that he was already dead. “I don’t know where that came from, but it’s a stupid rumor,” he insisted. It’s a waste of paper and a waste or print and a waste of time and a waste of energy, because that hasn’t happened yet and it’s not going to happen for a long time.”

I wanted to ask him about Don Donahue for an upcoming book on the Apex Novelty founder and counterculture archivist, but his memory was shot and his attention span was short. I called three times over several weeks but couldn’t get any useful details from him. He barely remembered me.

Life was never as exciting for him after the heyday of the underground but Arlington owned and operated the San Francisco Comic Book Company for almost four decades. Poor health forced him to hand over the running of the store to other people, and it finally closed down in 2007. Arlington had heart bypass surgery soon afterwards. When the ambulance took him home, he wouldn’t let the attendants in his apartment. In fact he wouldn’t let anyone into his place because it was such a mess. A few days later he had another heart attack and fell down and bent his leg at an unnatural angle. It was a week before anyone checked up on him and found him, almost dead, lying on a pile of pillows with comic books and newspapers stacked around him. While he was in the hospital Ron Turner organized a work party of people to go in and clean the place out. They salvaged his treasures – Carl Barks paintings, original EC pages, underground art – scattered among wall-to-wall boxes and heaps of newspapers and obscure publications permeated with cat urine and makeshift litter boxes.

“Wilson, Spain, Mavrides, my son Colin, Charlie Wylie, and three or four more did the cleanup that took forever,” said Turner. “We all got sick from the dust of decaying cats, feces, paper and mold, even when wearing masks.”

Arlington then moved to an assisted living apartment at 225 Berry Street near AT&T Park and used a wheelchair to get around. Last Gasp published a book of his paintings in 2011 called I Am Not of This Planet.

He died in his apartment on January 16th from complications of diabetes, heart disease, obesity, and his crushed leg. He was 75. 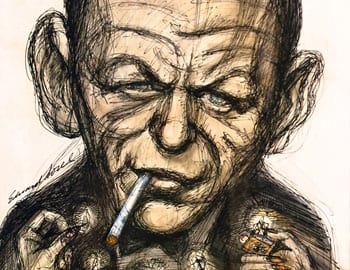 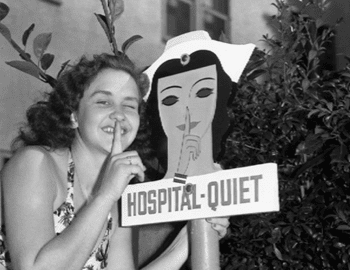