Today on the site Tucker Stone, who recently told me "Everything's coming up roses for Tucker Stone", and then sold me some Punisher comics, is sticking to his "positivity" vibe, and also ropes in Tim O'Neil to tell us more.

And our fearless leader, Gary Groth, interviews Gilbert Shelton in this video straight from the streets and alleys of SDCC.

And now, instead of a buncha links, I have to get something off my chest. I am irritated by this Kickstarter project for a Garo tribute book called SP7: Alt. Comics Tribute to GARO Manga, edited by Ian Harker and Box Brown. Here's why...

This is some of the pitch:

The concept behind SP7 is to contextualize the post-manga wave in western art-comix within the broader history of manga itself by paying tribute to the ground-breaking publication GARO. In short, we feel as though the GARO phenomenon of personal, idiosyncratic, and experimental manga is re-manifesting itself within contemporary art-comix due to the residual influence of the 2000’s manga boom in America.

-It's deeply stupid about history. Yes, Garo contained plenty of avant-garde work, but, as anyone who has read any of the work therein would know, that was more than equally balanced with genre historical fiction; sentimental memoirs; literary fiction, etc, etc. The editors would also know that if they'd actually stopped to consider the material they're claiming as their own, or, hey dipped into any random hundred words written on this web site over the past year by Ryan Holmberg. He also wrote a book on the subject! It amazes me that even now, in 2012, with all the resources available, that people supposedly engaged in the medium aren't actually curious about it. They're far more entrenched in making it reflect themselves than in actually learning something. It's just a lot easier to just grab something (Rob Liefeld! Garo!) and make it your "thing" than to actually carve out an identity or do some research.

This passage is particularly silly:

What EC was to the Undergrounds of the late-60’s/early 70’s, Manga is to today’s most interesting underground cartoonists.

Here manga suddenly comes to mean the same as Garo, and Garo the same as manga. That would mean that the less-than-a-dozen books in the US containing Garo-related material somehow equals all of manga. Manga has been an influence on a generation of cartoonists, from Bryan Lee O'Malley (Underground? Art? I have no idea) to Brandon Graham to Dash Shaw to C.F., but it's not primarily Garo so much as the overwhelming mass of manga that hit these shores over the last decade.

And what the fuck is "underground comics" in 2012? I literally have no idea. I mean, not so underground that it's not being promoted on an Amazon.com-administered web site? Worse yet, the writers don't even know their US-comics history/theory. EC was a comic book company. Manga is the Japanese term for comics. Garo was an anthology. Three very different things. But let's just follow this windy logic -- Sure, EC was important  to 1960s-70s underground comics as a liberating influence, but was equally a weight to get out from under. Just ask Bill Griffith, who decried its pervasiveness. Many of the best of those cartoonists (, , Green, Kominsky, Noomin, Wilson, et al) show no influence by EC at all.

By featuring the works of these western artists together in a traditional right-to-left/newsprint/pulp-manga format we hope to engender discussion about the trans-national influence of manga on the broader world of art-comix.

-Ok, we're back to manga again. From Garo to manga. How does a format engender a discussion? You know what engenders discussion? Intelligent writing or informed art on the subject. And if you want to make a groovy anthology just make it -- don't latch onto something you don't understand (in the slightest) to make your point. It's sleazy. Stand on your own. Then again, maybe it's time I got around to my "Metal Hurlant Tribute Anthology". Wait a minute...

-And what the fuck does art-comix even mean? People call what I publish "art-comix" and I  look over my shoulder as though someone called me "Mr. Nadel". I don't understand. What is art-comix? Different than regular comics? I like comics. I also liked the zine I Like Comics. But I don't think I like "comix". Garo contained comics, right? Was there an "x" involved? I doubt it. Was Winsor McCay "art comix"? If you make comics, make comics.

-And finally, Kickstarter. Guess what? You don't get to call yourself underground if you're on Kickstarter. Guess what else? You don't get to call yourself a publisher either; you're just someone who pays a printing bill. Take pre-orders on your site. Sell your boots. Do what you have to do. But don't go begging for money so that you can then give 5% of it to Amazon.com, which is actively trying to put you (!), and the stores you hope to shove this shit into, out of business. I'm all for raising money for art, but it would be nice if there was some sense of proportion. No one needs this anthology but it might do fine "in the market". I'm so sick of seeing perfectly viable (viable, but not smart or interesting; viable) comic book projects on there. People can do what they want, but when you're out there hustling dough for your movie-ready zombie-baseball graphic novel, or fucking Cyberforce, or your poorly thought through Garo book, you just look like a schmuck.

I realize there are seemingly bigger problems in the comics world, but I guess I'm thinking locally.

Ok, have a great weekend!

p.s.: Frank Santoro is having another big back issue sale this weekend in NYC! 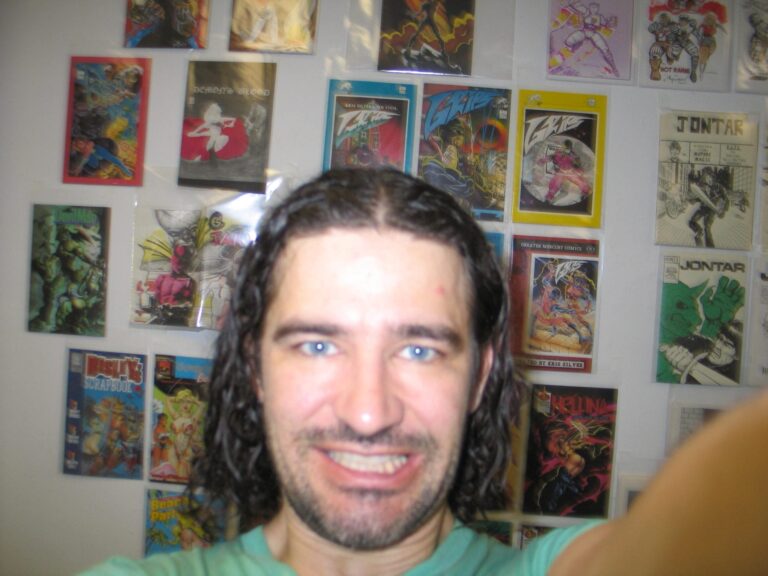