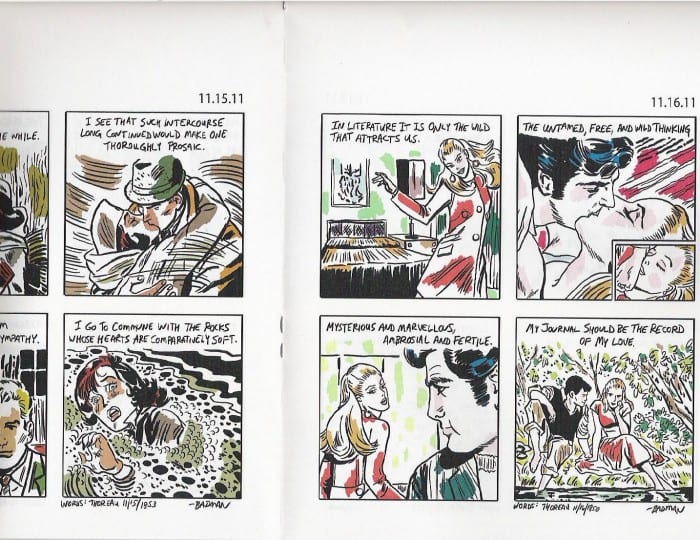 This is a comic-book-sized comic, a handsome handmade color book. The introduction says this is to be a place where Badman can publish "various comics and some critical writing" by himself and others. Sounds like a good plan. In addition to his own work this issue contains work from Warren Craghead, Allan Haverholm, and Simon Moreton. Badman's contribution to this issue is a series of one-page color comics that are all done in a square four-panel grid. There's lots of white space around the square grid of panels, which are each placed at the bottom of the page. There is a pleasing balance to the way this book is laid out. I appreciate the formalism. The comics themselves are a mash-up of appropriated image and text. A collage. For example, Badman will borrow text from Thoreau and images from an old romance comic and combine them to make a "new" four-panel narrative. There is a nice tension between the two borrowed items because Badman is redrawing and rewriting the sources in his own hand. By filtering the sources like this something new is indeed created. These are quite beautiful, deceptively simple comic strips that "work" on multiple levels. Comics truly are collage - as Badman points out in his introduction - but this approach to making is something that is undervalued somehow in comics. It is refreshing to see Badman's rigorous academic approach come across so simply and beautifully in the execution of the idea. Check it out. 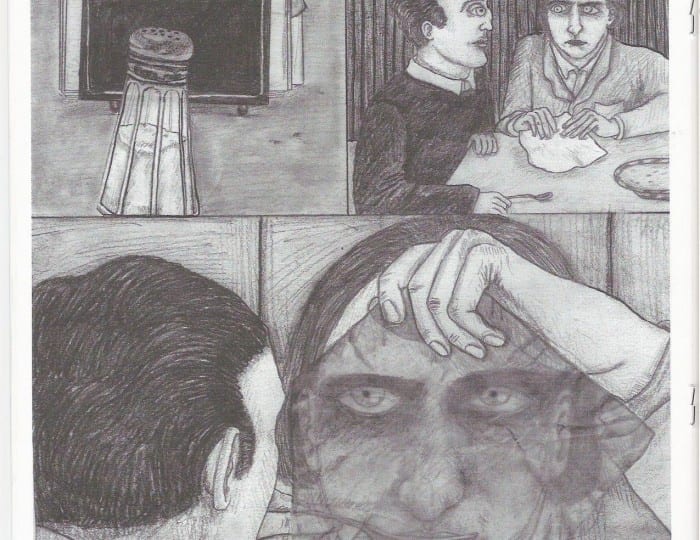 This is a magazine-sized comic in black and white. Drawn in pencil with tons of detail, shading, smudging, Bessijelle's "hand" is very sure. Formidable. I would hesitate to label the style of drawing, but if I was pressed I would say the drawing style is sort of like folk art. Meaning the pages, the panels, are like a sequence of detailed personal drawings that do not truck in traditional cartooning tropes, instead pushing the boundaries of comics into another area, enveloping yet another tradition into its fold. The story begins with a man all alone in an old theater seeing a play, but he can't remember  what the play is about so he goes back to ask the woman at the box office what it is about and then he rushes back into the theater again and again feels like something is wrong. Then the man goes to a restaurant, then to a party. All of it feels very much like a dream - a classic comics trope that the author does truck in. At the party everyone there is wearing the same clothes. The man retreats to the bathroom to see a poster on the wall that reads, "If you lost it, we will find it - your identity - we identify with you, identify with us." I may be reading into the narrative a little too much but I couldn't help imagining this story as an allegory of comics culture. Clara's work looks so different from —and reads so much differently than — other comics. Most comics look the same to outsiders despite variations of style. I think it may be an apt metaphor. Especially since the back cover is the man escaping through a gridded window. To me it reads like the protagonist is "escaping" comics somehow. Regardless of all that it is a fun read, a well made comic. Check it out. 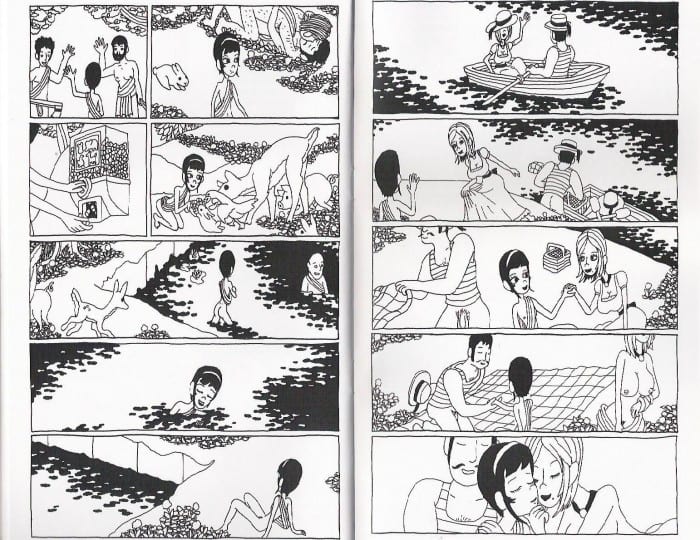 AREA CC by A. Degen

This is a wordless comic. It is a standard digest-size mini-comic (King Cat size) that doesn't feel thrown together. I would call it well crafted. I have had this comic laying around my studio and then later in my friend's kitchen and each time someone picks it up they read through it and chuckle as though they are enjoying it. This is always a good sign. The story is drawn in a clean appealing style, "cartoony" but not sloppy, "manga-esque" in the way it delivers visual information. Because it is a wordless comic there is lots of information conveyed so the accumulation of story details builds on itself to great effect. This works well with the story which concerns a young woman wandering through apartment complexes and futurepast landscapes. During her wandering she spies others in their dwellings, flees on a motorcycle through city streets from villains, witnesses a parade, and then gets her sexy on in a garden. Then at the end she escapes death. A metaphor of 21st century city living if there ever was one. Quite enjoyable. Check it out. 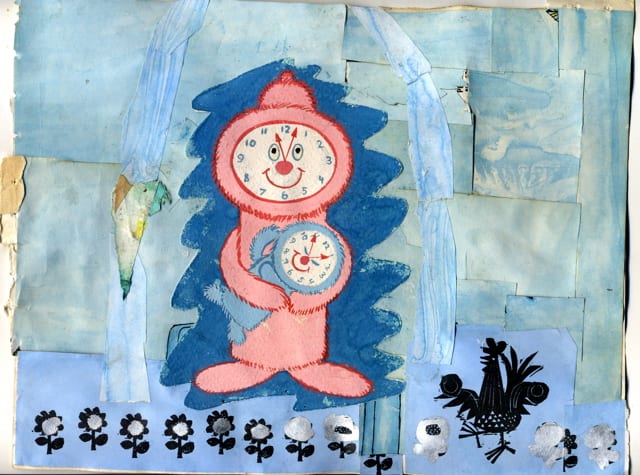 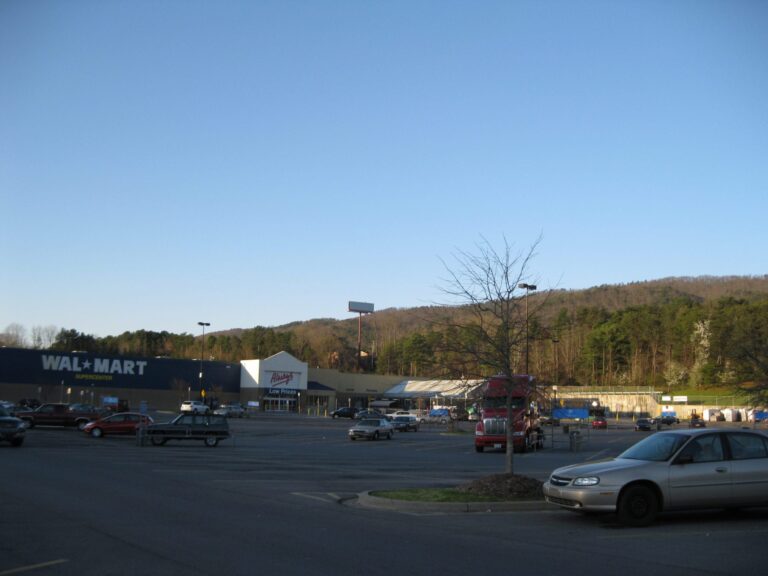