I'm very tired, and really quite hungry. Have you read the new Liz Phair book? Let's retire to our separate dens, each read every other chapter, then reconvene and discuss over brunch. I promise I won't fall asleep with my eyebrows in the lox again!

• The big comics business news this week is that Kevin Feige, mastermind of the Marvel Cinematic Universe, is now in charge of the Marvel comic books, too. This is clearly a big step, having a Hollywood person directly take over the publishing reins. I looked around to see how far this news went outside of the "industry" — the only really mainstream outlet who picked it up was CNN.com, and their story seemed to be a pickup from Deadline, so here it all is on Deadline.

• There is a sizable and impressive profile of the great Kim Deitch, written by Bill Kartalopoulos, ready for you to read at The Paris Review.

• Cambridgians and surrounding New Englandites! It's gonna be MICE this weekend!

• A few stops south on the Amtrak Northeast corridor will find you at Baltimore Comic Con, also making noise on Saturday and Sunday.

• We are now, finally, in the midst of the Lynda Barry/Chris Ware book tour. Will they appear at a place near where you are? The answer lies within this link.

• The Federal Reserve is using comic books to "educate people on financial literacy while appealing to a younger audience."

• Kendra Wells came through with my favorite comic of the week, shared on The Nib's site and Instagram. I've never even played this game:

•••••
Interviews for yous
• Eleanor Davis spoke about her new book The Hard Tomorrow on CBC Radio (I think you can only listen to this in Canada, so congrats to all you maple farmers up north.)

• Part 1 of Cliff Chiang on The Drawl

• Kareem Abdul-Jabbar — NOT a typo — on the Word Balloon podcast, talking about his Mycroft Holmes graphic novel and his personal history with and love of comics

• Jay Stephens on the Speech Bubble podcast and at The Link

• At The Beat: Russ Braun and Bill Sienkiewicz

• Head over and read an intriguing and thoughtful piece on The Beat about inclusiveness at the big comic cons, particularly in Artist Alley.

• A View to a Shill Dept: I make no secret of my appreciation for Matt Bors, and thus have no qualms about linking directly to the pre-order for the second book collection of his insightful and tragically funny comics. 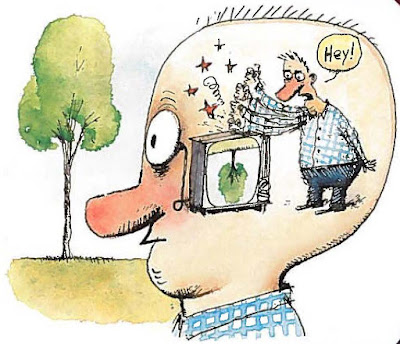 • Big-time writer Jason Aaron has started a newsletter, and it begins with this.

• The New York Times ran a lot of words about the book called Watchmen and the impending television program called Watchmen. My guess is there is not much new there for readers of this site but I felt you should be aware nonetheless.

• Jeff Smith's Bone is finally making the jump from page to (small) screen.

• Dana Fradon, who created over 1,400 New Yorker cartoons, died earlier this month, and was remembered at Multiversity.

• Eleanor Davis's The Hard Tomorrow by Chris Gavaler at PopMatters

• And Brigid Alverson at Publishers Weekly, on The Hard Tomorrow

•  Emmanuel Lepage's Springtime In Chernobyl by John Seven at The Beat

• Chris Ware's Rusty Brown by Leo Robson and Sarah Lippett's A Puff of Smoke by Rachel Cooke, both at The Guardian

• Abhay Khosla quietly released a Best of the Decade comics list. (Movies too!)

• The Billy Ireland Cartoon Library & Museum is putting a whollllle bunch of U.S. President-focused artwork by Drew Friedman up on its walls.

• Liana Finck revealed to The Times how she does what she does.

• Memories of Charles Addams, from someone who knew him late in life.

• I don't care about James Bond, but I do like Jim Cheung, so I let the good outweigh when I got to see this triptych of covers for an upcoming 007 series: And that's the week! Tip your server, and send Liz Phair a card or something so she knows how much you appreciate her work. 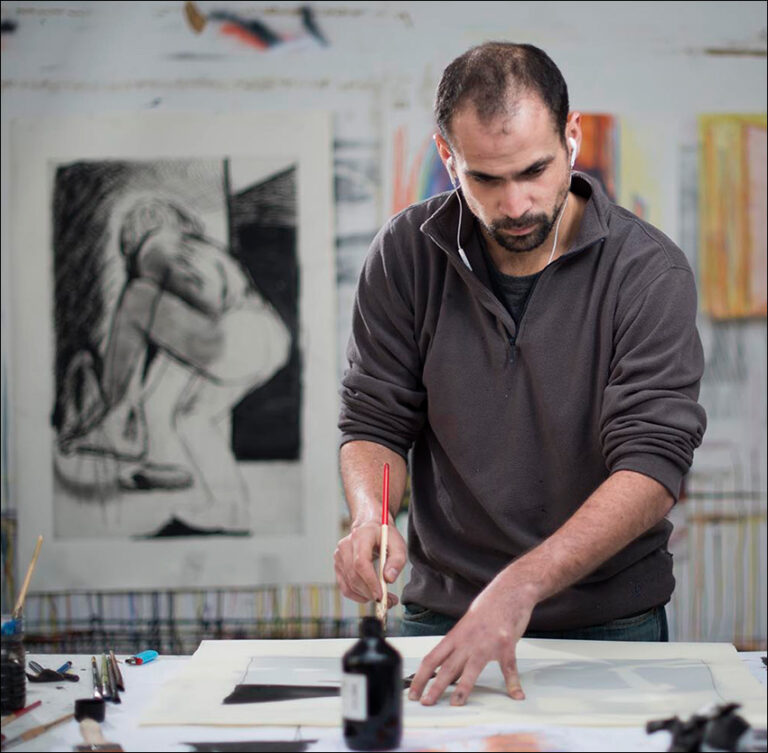 How Yann Kebbi Made His Own Museum 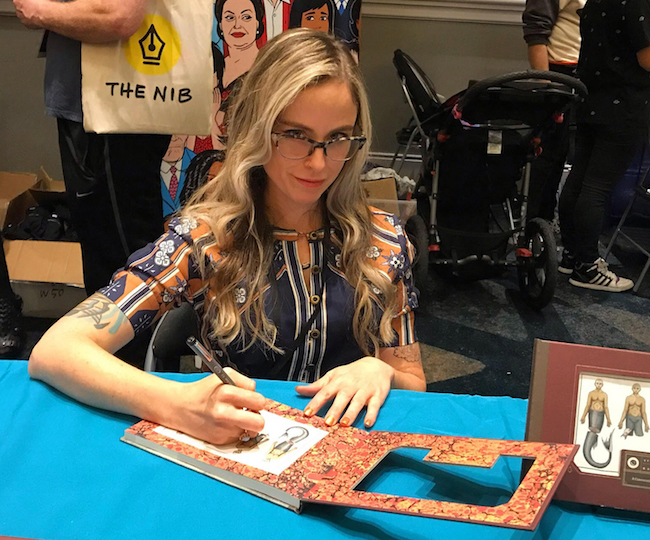 In Deadly Earnest: A Conversation with Kate Lacour