Most of Sacco's stories are bleak, but there's often a small kernel of hope. Things might get better for the downtrodden, war might end, tyrants might fall, freedoms might increase. This doesn't usually happen or guarantee happiness, but sometimes a new steady state emerges that doesn't always produce misery. In Sacco's last story in the book, "Kushinagar", there is no hope, in part because the steady state is so thoroughly entrenched. Sacco visits a number of small villages in the titular region of India and spends time with Musahars, the lowest of the low in India's caste system. While there is misery and squalor depicted in each of Sacco's stories, this one details actual starvation and true deprivation. The Musahars cannot find employment in an increasingly mechanized system of agriculture. They cannot usually raise crops on their tiny plots of land, especially since they have to sell that land to pay off debts to banks they had to take out to pay off loan sharks to buy food on credit. The many government subsidy programs are hopelessly corrupt, with money and supplies going to village chiefs and siphoned off for the profit of higher caste members. Some Musahars described digging around in rat holes to get the grain that they steal in order to survive.

—Three publishers known for their excellent post-con blog reports have posted post-SPX blog reports: AdHouse, Fantagraphics, and Secret Acres. Especially that last one. Usually the royal we gives me hives, but somehow they always pull it off.

—The L.A. Review of Books' coverage of comics has slowed down, but it's not gone completely. This week, they published F.X. Feeney on Walt Kelly's Pogo.

—I don't know what to think about this study claiming that fat guys who dig Batman have better self-images than fat guys who don't (besides the obvious fact that just one study like this basically proves nothing), but there you go.

—Junot Diaz, whose love of comics is obvious from his own fiction, took Vol. 1 Brooklyn to St. Mark's Comics to talk about his favorite titles.

—A couple of TCJ.com columnists have joined the Hooded Utilitarian hatefest: Shaenon Garrity on assorted titles, and Craig Fischer on David Small's Stitches.

—And Stephen Bissette's ongoing, enjoyable series on Steve Ditko moves on to tackle how Ditko is portrayed in Sean Howe's new Marvel history. 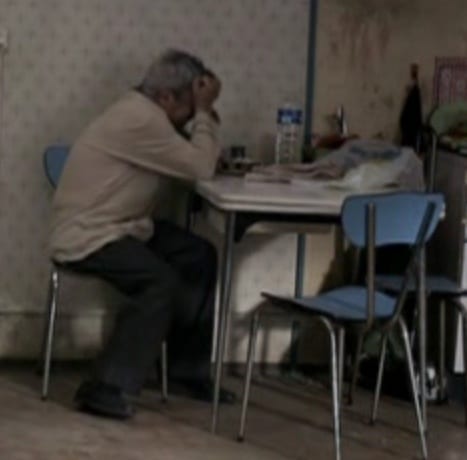 If It’s Any Consolation, My Mother Still Refers to Me as “An Abortion that Failed”