—Ng Suat Tong released his annual survey of the "Best Online Comics Criticism" of the past year, including several mentions of works printed on this site. This is the first time I can remember being previously familiar with everything chosen (besides the year I helped judge, naturally), and also the first year that I largely agree that most of the picks deserve recognition. I remember past years featuring more adventurous, and just plain more choices, but I also remember past years featuring more clunkers, so maybe the two go hand in hand. Matthias Wivel weighs in on the selection here.

—The Beat has gathered audio from a selection of panels held at last weekend's TCAF Festival.

—The only reason I don't link to Rob Clough's blog more often is that he's so prolific that doing so would quickly become a full-time job. But maybe today's a good day to remind readers of his other gig. Recent entries include a review of Abel & Madden's Mastering Comics and Robyn Chapman's Drawing Comics, and a roundup of recent minicomics.

—Jonathan Winters was also a cartoonist?!

—And finally, Jon Longhi talks to Robert Crumb (via): 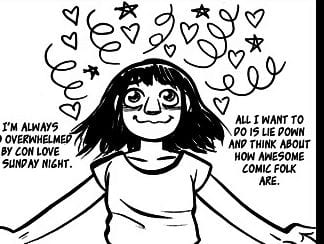 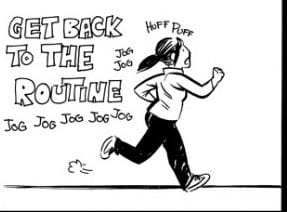