PLEASE NOTE: I wrote this in my notebook over the last couple weeks while trying to process the shootings in Paris. What follows has nothing to do with those events. I just needed to write about form. It is fairly disorganized and I apologize if it is confusing or fragmentary. I feel confused and fragmented and just want to publish this to try and get the motor going again. Thanks, FS

I just read Retromania by Simon Reynolds. It’s mostly about pop music but some of the ideas made me think about comics. There’s an idea out there that everything that happened to the music industry is going to happen everywhere else. And all that may be true--we all may have to give our work away for free and digital technology is changing the equation, and maybe all the best ideas have already been thought of--but I must admit I felt more hopeful about comics when I finished this book. Music is, according to Reynolds, caught in a retromania that can’t sustain itself. Music deals in "pasts" the way the stock market deals in futures and they both crashed. There is no new language in music right now.

However, in comics there is a new language: the scroll. The scroll as a formatting reality for old and new comics is an incredible development. It is not retro, and is barely related to Asian scrolls of centuries ago or even contemporary Japanese four-panel scroll comics. There has been a real concerted effort to utilize the scroll in comics in a way that, to my mind, has never existed ever. There is a direction for forward-thinking comics; it is not a stylistic thing so much as a new format that is available because of the new technology. Music exists as time--new technology may help make the music but there is no way to speed up listening as there is to speed up reading.

The scroll has sped up reading comics, bringing them in line with today's fragmented consciousness. When I see a comic presented as a scroll like GG's A Mysterious Process, Eleanor Davis' TCJ diary, Dash Shaw’s Bodyworld or Sam Alden’s Hawaii 97, I feel that this is a new experience--impossible practically at any other time in art history, not simply because of the dissemination of the work but because of the difficulties of printing a scroll as opposed to printing a bound book. It’s an exciting moment. The contribution to the form is significant and new, not retro at all, not dependent on style or a throwback look or anything like that; it’s a formal invention/innovation. It’s hard for me to think of a comparison in another art form: microgroove recording? That moment when recorded music could be manufactured to record songs longer than three minutes is my first thought. But that’s not totally it: webcomics were supposed to deliver this new feeling but for me it wasn't until more and more people started using the scroll that they actually did. It’s a very strange and exciting development to my mind and something that makes me feel encouraged as a maker as opposed to feeling hopeless that my chosen field has run out of ideas.

Maybe the scroll/webcomics/infinite canvas is not a language necessarily. It is a changing of the delivery system. I can see multiple spreads at a time. I could never do that in a book - maybe on a computer screen full of thumbnails or windows - all the pages at once. The scroll has really changed many makers' approach to the form of comics itself. Again, old ideas but ones I think about every day now.

And what about money? The scroll format available now and used widely on Tumblr is just a “webcomic”, right? Some webcomics you can “monetize” and some you can’t. And then there’s the recurring conversation about how having a work available online (complete or in excerpt form) may actually increase sales of a physical version of the work.

Technology can’t speed up listening to music. It can sort of speed up reading text because you can scroll faster or but it's different than visually skimming images. Comics, still images in sequence - as tableau - can be “read” faster now - we have more options now.

The novel, writing, is bound by limitations of text - why no images for the novelist? Why does writing have to be so pure? I know there have been illustrated novels, etc, but I'm thinking about that part in a Nabokov book (I forget which one) where he writes about wishing he could just make a drawing instead of describing the thing he needs to describe (a dead body?). I'm not really thinking about the long minor tradition of illustrated fiction from Dickens, Twain, W.G. Sebald, Donald Barthelme. I'm thinking about some other fusion that is more like blogs.

But for the newspaper journalist of old, used images, drawings, photos were part of the mix. Nowadays the idea of writing a blog post without images or links to images seems old fashioned or just absent-minded. (Like this one--no images-- lolz. Duh. Sorry, I'm just lazy right now. I have to shovel the snow off the sidewalk.)

Is text-only fiction-writing caught in the same self reflexive posture as fine art? Why does comics feel free of this self-reflexivity in the big picture? Retromania seems built into the DNA of comics. Think Ware or Panter, borrowing old styles to make new. Comics deals in symbols and signs and so there is a smoother straining of references through the translation of it by the artist. In music there is sampling, but what I’m talking about is more like quoting in jazz solo. We borrow, sample, pay homage to, and are so stuck in a myriad of genres and throwback futurism styles that it is difficult to get the sense of something NEW. However, the general drift of the culture towards TEXT + IMAGE + DISSEMINATION has been a boon to comics and overshadows the novelty aspect of the form that stigmatized it for years. Possibly this built-in self-reflexivity lets the form break through to the other side, where the idea of an interdisciplinary art is old hat while for everyone else it’s new and shocking. When did the disciplines get so separated? Weren’t they all in the temple together? Art in its place as part of our everyday lives.

I can engage with “comics” easier than ever in my everyday life. I’m not bound by locality anymore. I’m not bound by how many comics I can have. I can have digital files, of course. The big change in the last ten-year cycle is of course reading comics online, or at least usually seeing them first online, before seeing them in the stores or at shows. I have looked at blogs about comics since they began, but it is only in the last few years, really since Tumblr came along, that I have begun to read waaaay more comics online. I’ve gotten to know many more makers than I did when it was just message boards and blogs about comics. It’s like browsing now, I think. It’s all aggregated together in a way that linkblogging round-ups couldnt do. Tumblr is like a 2009-era link-roundup as one long photo album to comb through. I know we know this - but it's worth noting. Sure: Facebook, webcomics, but Tumblr has been a particular boon, especially for cartoonists. Thats a whole ’nother subject though.

Thinking about how scroll format, where one panel sits on top of another - like this Sam Alden example - can easily be read by both those who read left to right traditionally - and by those from cultures where people read right to left. Also: this is this is the way many storyboard artists prefer to show their sequencing. See Saul Bass.

Okay, over and out. That's all I got in the tank. More scroll thoughts soon.

(photo by Brian Chippendale and that's his "grid interrupted" caption for it--I stole both. Sorry Brian. Don't be mad. Follow his Tumblr. It's the best text/image combo going on the airwaves.) 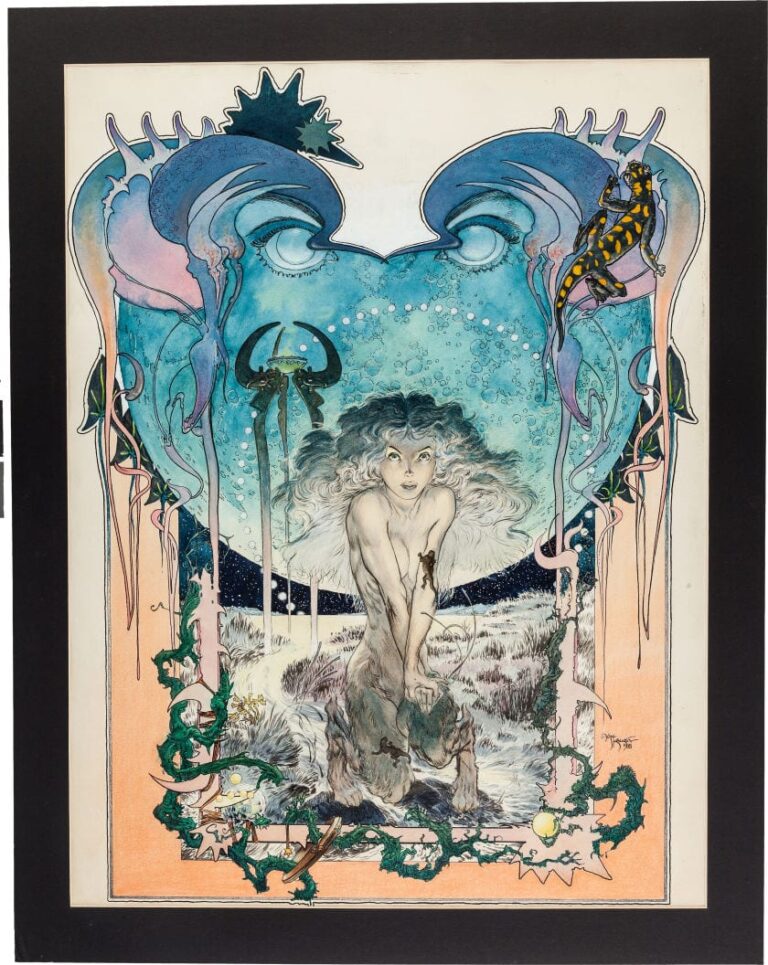 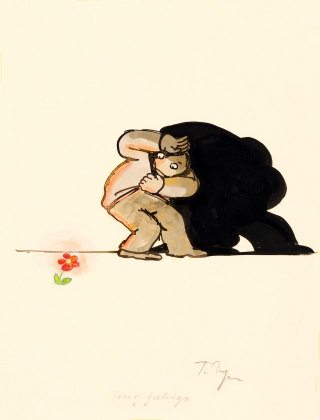