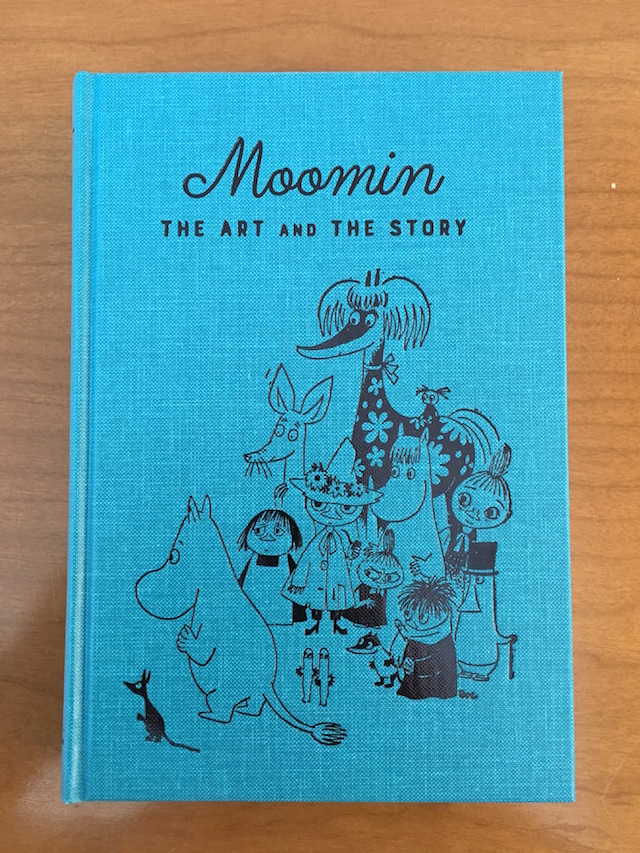 All art courtesy of the author and The Ashashi Shimbum

Tove Jansson (1914-2001), the daughter of artists Viktor Jansson and Signe Hammarsen-Jansson grew up drawing sketching and doodling away, with her family’s encouragement. But one day at their island summer cottage she scrawled a strange long-snouted creature on the wall of the outhouse and boldly wrote ‘SNORK’ below it. The talented young woman wasn’t far from publishing her first drawings in the anti-fascist satirical magazine Garm. Precocious as she may have been, she could never have known that little doodle would launch one of the most beloved casts of characters in illustrated children’s fiction of all time.

The Moomins are perhaps less well-known in the United States than they are throughout Europe and parts of Asia, but they will no doubt look familiar too many. “Oh yes, those strange hippopotamus creatures,” one of my coworkers said. I corrected her: they are fantastical, small woodland trolls. But, yes, they do look a bit like hippopotamuses.

Tove drew them her whole prolific life, seeing them translated, adapted for stage and film and in every media format of her lifetime. The original books have been translated into 43 languages, and comic strips, which ran in 1947-1948, and 1954-1959, were written and drawn by Tove. After 1959, her brother helped draw and write the strip, until he took it over entirely in 1961. The last original strip ran in 1975. The comic strip was popular in the United Kingdom, and throughout Europe, but was only published in North America by a newspaper in Toronto.

Where I live in Northern California, very few buildings are taller than the trees. That’s not counting the redwoods, of course, which tower over everything. Coastal redwoods can grow higher than 300-feet. I couldn’t help but make the comparison while shooting over 700-feet up to the 52nd floor of a glass and steel marvel of the Tokyo skyline known as the Mori Tower. 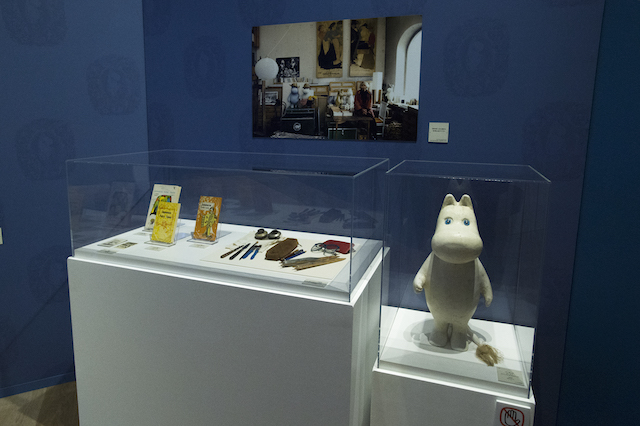 I came to Japan in my role as curator of the Charles M. Schulz Museum and Research Center in Santa Rosa. We were installing a traveling exhibition of our own in Osaka but had a couple of days in Tokyo as things moved through Customs and the artwork got acclimated to temperature and humidity fluctuations after traveling. I noticed the Moomin exhibition poster at a train station and asked one of our gracious hosts about it.

“Would you care to attend the Opening?” They asked.

You can imagine my response. After all, the event was the following evening. 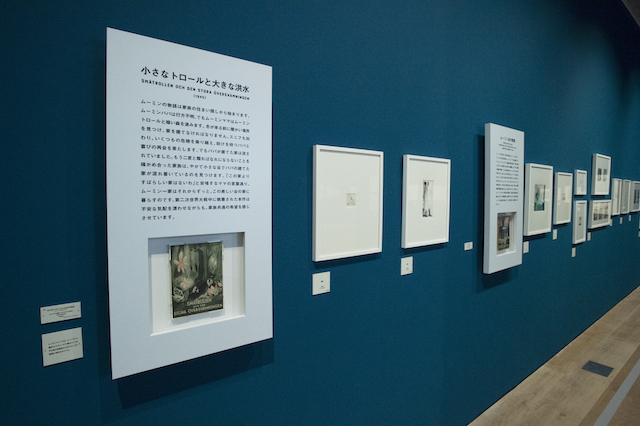 Entering the exhibition, I wasn’t sure what to expect having only seen a poster for it and unable to read any previews. Sometimes these kinds of projects will be light on original artwork but have lots of interactive stations and statues of popular characters to accent ticket holder's social media posts.

This wasn’t that kind of experience. After viewing a huge mural at the front, I entered the bright, colorful galleries and joined the shuffling line of people making their way along the walls, peering intently at the tiny framed drawings. 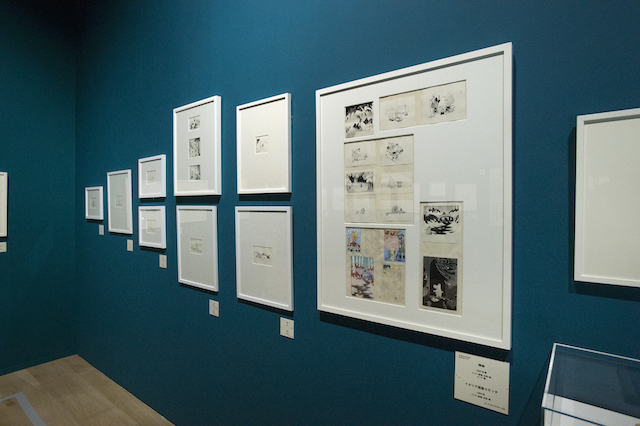 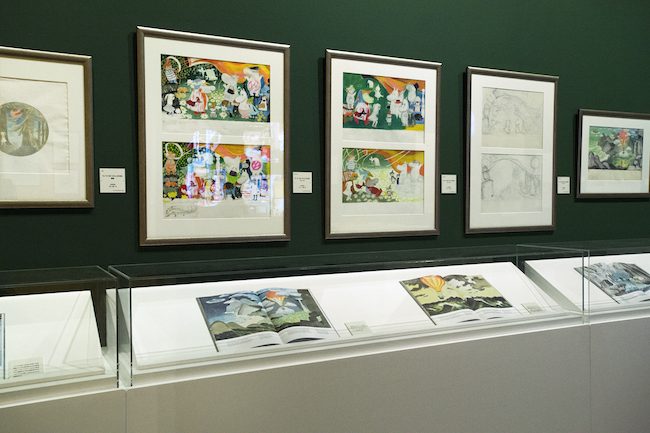 There were hundreds of examples of Tove’s original work to view in the traveling exhibition, Moomin: The Art And The Story. Tokyo was the first stop for the 500 works make up the exhibition -- a truly staggering number even though many are very small, no larger than their final published version.

The galleries are filled with small frames of carefully drafted regiments of rotund pensive characters, looking for the perfect posture, the perfect pose, one after the next, six, eight, ten to a sheet. Next to these drafts and doodles are the published drawings. Initially, these groupings are organized by the books which contain the illustrations, so The Moomins and the Great Flood is first, followed by Comet in Moominland, etc. It’s the perfect place to go hunting for your favorites as finding one will often remind you of another to seek out. 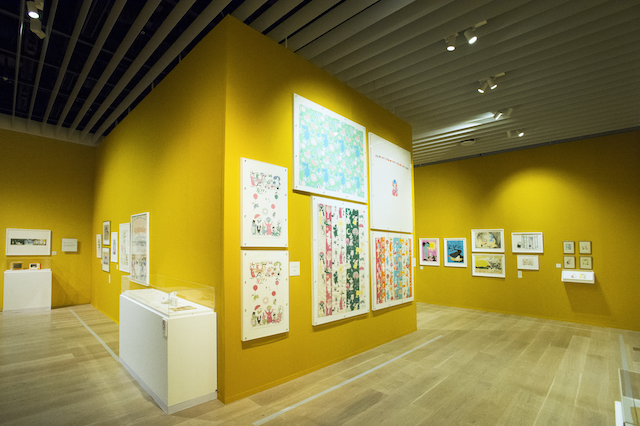 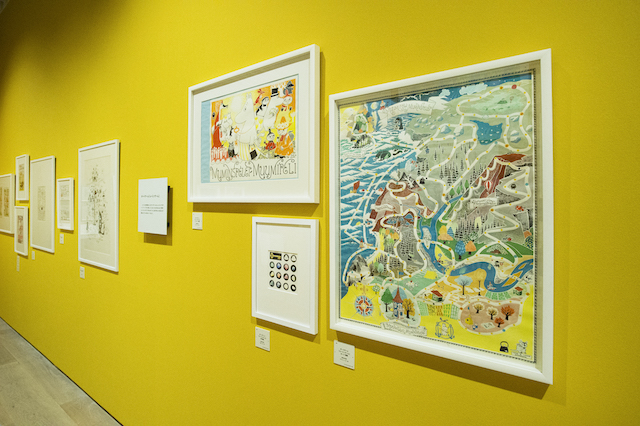 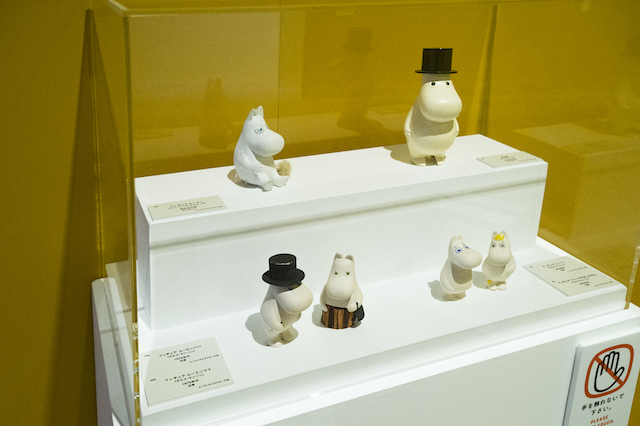 This year marks the 100th Anniversary of diplomatic relations between Japan and Finland, Tove Jansson’s native country which had only won independence from Russia at the end of 1917. Jansson came to Japan twice, once in 1971 and again in 1990, each time making connections, sketches, and photographs with a genuine sense of love and curiosity. She also collected prints of 19th Century woodcut masters like Hiroshige, Hokusai and many more, which when placed side-by-side with her own art gave me the opportunity to slap my forehead at the obvious influence, admiration, and emulation. This was absolutely work that spoke to her, that she loved.

Jansson worked small, echoing the furtive lines of childhood but exuding a studied charm among the whole over her entire career. Her work is relatable, no matter the age or accomplishments of the viewer. I couldn’t help but think of the original work of Charles M. Schulz I had worked with earlier that day for the exhibition that would travel to Osaka. Looking not to the quality of her line and composition, but to the evolution of the characters to set them within the mental timeline I carried, seeing how they open up. They were near contemporaries, but overlapping lifespans is nearly the only thing they had in common, besides Scandinavian roots. Comic strips about children written for adults and children's books beloved by adults. One explored fantasy to discover truths, the other stayed rooted deeply in realism to uncover fantasy in the day-to-day.

Going from wall to wall, gallery to gallery could be overwhelming. The number of framed works, the volume of it all...I started to wonder what could be left at the collection’s home at the Moomin Museum in Finland. It seems the entire depth and breadth of a prolific artist’s life. Is it too much? As a museum curator, it’s something I think about as we develop a new exhibition. Do important things get lost in the crowd of stuff? Are the texts too long? Do I say enough to say what needs to be said? Am I oversimplifying? Is it enough to satisfy the curious, to satisfy the die-hard fan who traveled a long distance just for this, burning for the deep look? 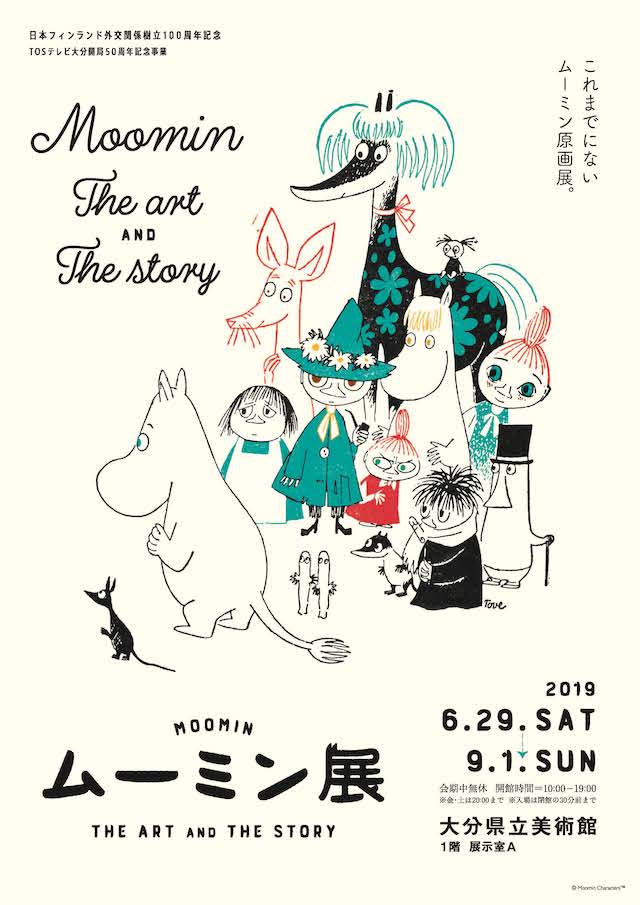 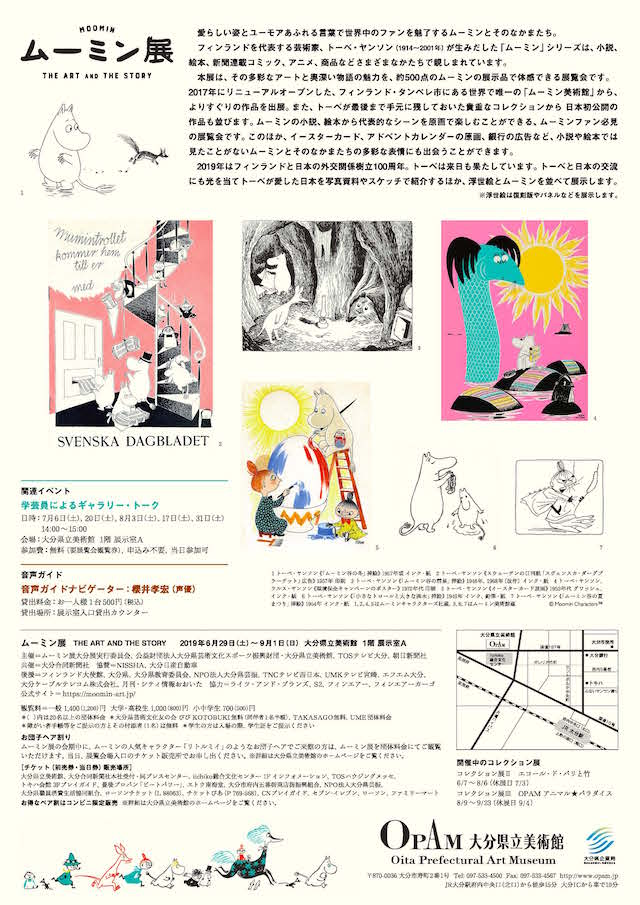 Moomin: The Art and the Story does that and more. Granted, the exhibition text was only in Japanese, a language I do not read or speak. The audio tour was also only provided in Japanese. However, seeing the art, the photos, the sketches, I came away wanting more. Good thing the exhibition catalog is so thorough and I can read it through my Google Translate app. If you are unable to visit any of the host cities, allow me to highly recommend the exhibition catalog, hardbound and illustrated with nearly every object from the exhibition, and available for purchase online.

The exhibition closed in Tokyo in June but continues on to Oita, Kanazawa, and Nagoya through March 2021. Check the exhibition website for details about visiting. 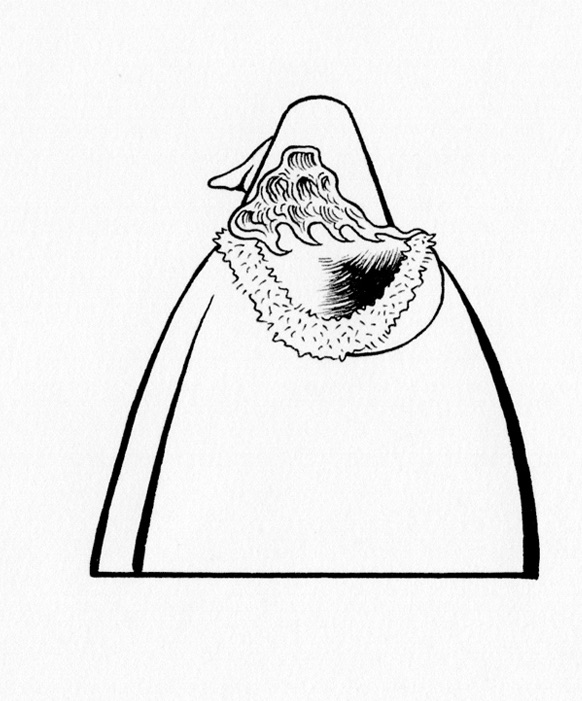 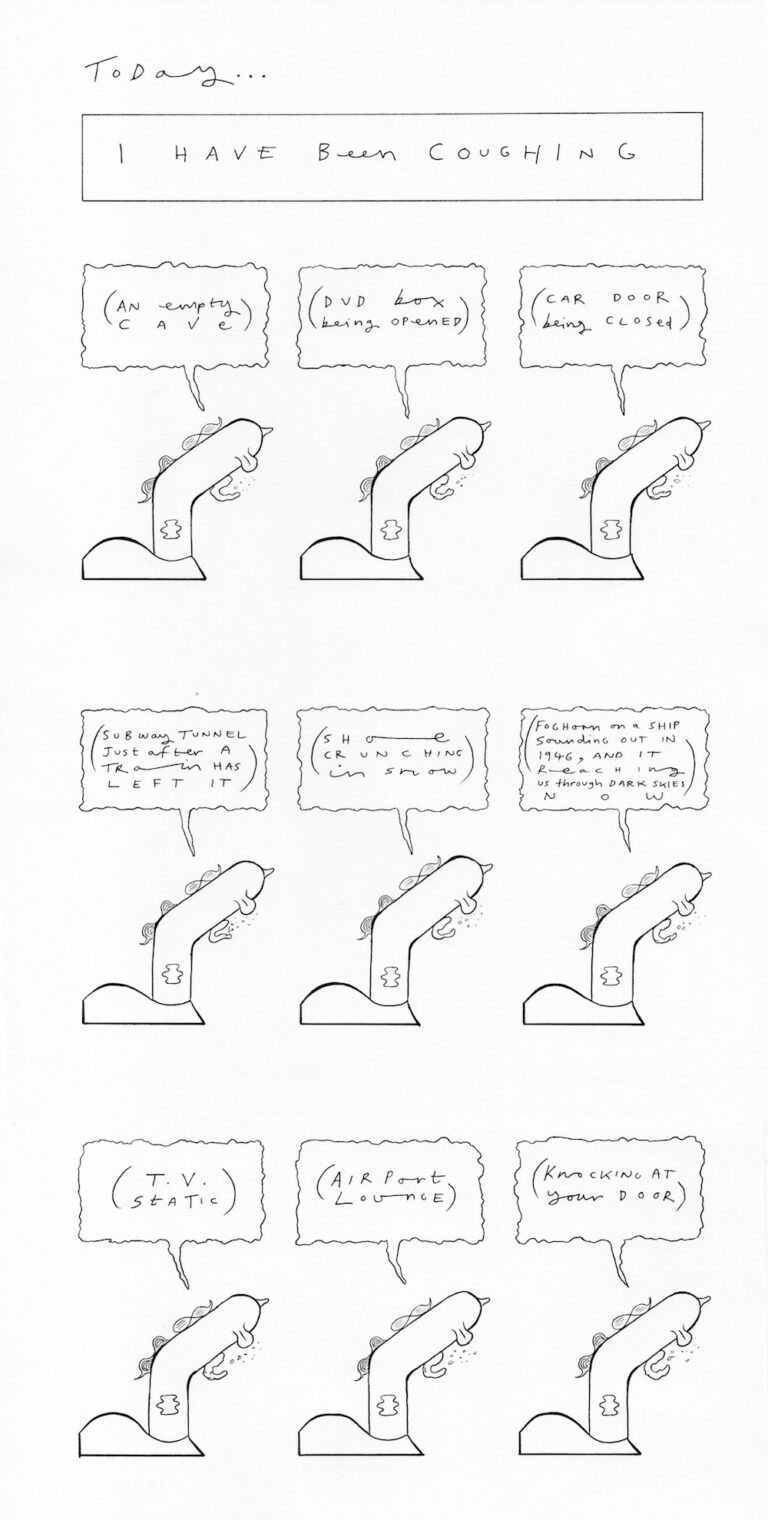