Tuesday is Joe McCulloch day, in which he not only previews the most interesting-sounding new comics releases of hte week, but also writes a short essay on the autobiographical manga of Moyoko Anno:

This is not the Harvey Pekar tradition of American alternative comics, and I doubt it will appeal to those who value autobiographical comics primarily for their arrangements of unvarnished life. On the contrary, this is an extremely varnished life; H. Anno, in an afterword of sorts, advises that M. Anno would rearrange events to make them funnier, even allowing her husband to check the finished pages and suggest additional jokes and references. Indeed, the book’s English-exclusive annotations run a spectacular 30 pages, so dense are these vignettes with geek speak, at times venturing into Poto and Cabengo territory as H. Anno is depicted communicating in verbalized manga sound effects, apart from whole passages consisting of seemingly nothing but quotes and allusions to/from beloved anime and tokusatsu shows.

—News. Taiyo Matsumoto and Emily Carroll are the winners of the annual Slate/CCS Cartoonist Studio Prize.

—Giving & Spending Opportunities. The eBay auction of original art to benefit Stan Sakai and his family's need for medical funds has begun. Lots of interesting artists on board, from Dave Berg to Mike Mignola. New art from additional artists will go up every week. Dave Sim has taken to Patreon to fund his Strange Death of Alex Raymond project. Steve Ditko has a Kickstarter. 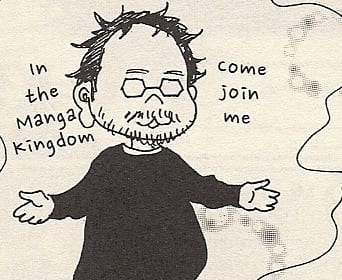 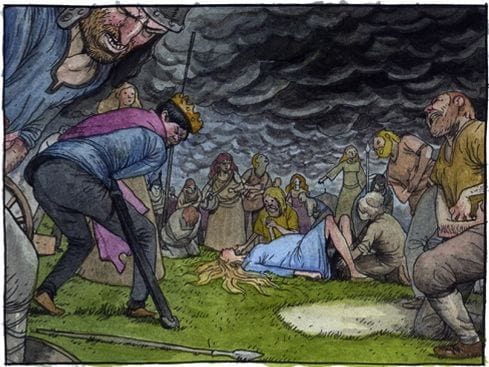