The other shoe dropped Thursday, when the Museum of Comic and Cartoon Art, which had closed its doors and canceled all events as of July 9, announced that it was being acquired by the Society of Illustrators. In fact, MoCCA’s art collection and all furnishings had already been packed up and moved to the Society’s five-story building at 128 E. 63rd St in Manhattan.

Everything that was MoCCA — its collection, its educational programming, its logo, its heavily attended annual festival — has been subsumed, and will reportedly continue, under the auspices of the Society of Illustrators. For the relatively prestigious 100-year-old Society, the acquisition is an opportunity to broaden its audience and its profile. The Society's Executive Director Anelle Miller told the Journal, “This expands our reach and hopefully will bring in more young people. In this economic environment, which is so difficult for arts organizations, it’s important to find strength in collaboration.”

MoCCA President Ellen Abamowitz knows all about the unforgiving economic environment. A TCJ.com article posted March 29 detailed the obstacles facing the museum in its tenth year of existence. Funding — most of it generated by the popular annual MoCCA small-press comics festival — was at bare subsistence levels; paid staffing had shrunk to one part-time position; the museum was located in a small, fourth-floor venue in Manhattan’s SoHo neighborhood with no street-level visibility and was limited to temporary, visiting exhibitions, while its permanent collection languished in storage. Even more damning: MoCCA had found it necessary to quietly sell off pieces of the historically important "Cartoons Against the Axis" collection in order to keep its doors open.

Asked who approached whom, Abramowitz told the Journal, “They approached us about eight months ago just about shared memberships and things like that and we had a few friendly meetings. Then, our lease was coming due for renewal at the end of July. I thought, 'MoCCA needs to go to the next level. If these are our goals and I don’t see them happening and I can’t do this with one person, do we really want to sign a new lease at this location?' Our debt wasn’t high. What hurt us was we had rent. I called them [in late June] and proposed the transfer and they very quickly said yes. They agreed to everything we wanted and even things we didn’t ask for. Some [MoCCA] trustees were initially upset, but it was a unanimous vote by the board.”

The Society of Illustrators assumed the costs of moving the museum’s assets. “They took everything they wanted,” said Abramowitz. “I couldn’t believe how fast.”

In a little more than a month, this radical transformation of MoCCA’s future went from a tentative germ of an idea to nearly a fait accompli. With the lease coming to an end July 31, a leisurely transition was not an option. Abramowitz closed the museum and canceled events before the deal with the Society was official enough to announce, which left many wondering if MoCCA was dead. Triangulating information from different sources, the Journal had learned of the acquisition and contacted Abramowitz for confirmation. Not wanting the story to leak piecemeal through the media, Abramowitz and Miller elected to send out a press release announcing the deal, even though negotiations were still under way. Even now, the transition is not official, because the lawyers have yet to sign off on the documents. That is expected to happen later this week, but because the Society and MoCCA are both nonprofits, their agreement won’t be truly approved until it has the blessing of the New York Board of Regents, a process that could take months.

No one expects the arrangement to fall apart, however, because it has too much to offer both parties. By moving to the Society of Illustrators, MoCCA will in one instant achieve virtually all the goals that had stymied Abramowitz at the old location. In its new home, MoCCA will have a ground-floor presence and the support of a venerable New York institution. In particular, the "Cartoons Against the Axis" collection will finally be allowed out of mothballs for an exhibition scheduled to run next year from March 5 to May 4. Both Miller and Abramowitz told the Journal that the Society’s promise not to sell off any of the pieces from the Axis collection was part of the agreement. “We will not be selling any of the art,” Miller said. “We don’t do that.”

The Society of Illustrators promises to maintain a permanent gallery for MoCCA’s permanent collection, as well as continue ongoing new comics-related exhibitions. “The Comic Art of Harvey Kurtzman”, curated by graphic-designer/editor Monte Beauchamp, is scheduled to run in conjunction with the exhibition from MoCCA’s permanent collection next spring. Admittance to exhibitions at the Society is free with suggested donation, as it was at MoCCA’s previous site.

What makes this possible is the Society’s five-story vintage building. According to Miller, each floor is about 2,000 square feet. MoCCA will have space devoted to it on the ground floor and the second floor. Though no exact dimensions have been determined, Abramowitz said the gallery space available to MoCCA at the Society will be “substantially bigger” than at the old location.

Staffing at the Society of Illustrators is beyond the cash-strapped MoCCA’s wildest dreams. Miller said the Society staff includes an executive director, an exhibition director, an exhibition coordinator, a director of operations, a director of public relations, an in-house designer, an art handler, a bookkeeper, a collections manager, a director of retail development, cleaning personnel, an executive chef, and a kitchen crew. The Society is also covering MoCCA’s outstanding debts, which have to be cleared up before the transition can be complete. Neither Miller nor Abramowitz wanted to talk about how much the Society is paying to clear the way for the acquisition. Miller said, “We’re being good friends, paying their expenses and helping them through the transition.”

Abramowitz said the exact amount of MoCCA’s liabilities is “a moving target,” as the final month’s utility bills haven’t been determined. Tax documents for recent years show that MoCCA’s annual expenses tend to outpace revenue by about $15,000, a drop in the bucket for the Society, which has an annual operating budget of $1.3 million (compared to MoCCA’s operating budget of approximately $300,000).

Why is the Society in such better shape than MoCCA? The building, a converted carriage house that the Society acquired in 1939, is a major advantage. It was purchased for $33,000, using funds from the sale of rights to its Illustrator Show skits for use in the Broadway hit Artists and Models. The organization has the support of dues from a wide membership and, partly due to its longer history, it has gained access to more municipal support than MoCCA was able to attract. Miller said, “I do a huge amount of outreach and fundraising and we’ve been able to get grants from the city.”

Online reactions to the move have been largely positive, with many characterizing it as a heroic rescue by the Society, though some have expressed resentment at what they see as the subordination of comics to the art of illustration. Beyond the matter of gallery space, it remains to be seen what kind of presence MoCCA and comics will be able to claim at the Society of Illustrators. For now, Miller seems enthusiastic about the Society’s new housemate and is shrewd enough to see the potentially wide public interest that comics can bring to the joined museums. An adjustment of tone may be necessary. An Aug. 3 report on the acquisition at Crain’s New York Business was headlined “Superheroes Find New Home”, and began shudderingly with the line, “Batman and Wonder Woman have found a new home.” One can only hope the Society will have a better grasp than that on the breadth of comic art and what MoCCA has offered visitors for the past ten years. It may even bring a greater appreciation of cultural history to its comics exhibitions. The Society’s Museum of American Illustration has had a focus that some might describe as conservative and others might call historical or classical. Miller said the Society hopes to mingle the two collections where appropriate, which could provide a fruitful cross-pollination to the benefit of both audiences.

Abramowitz, who has been with MoCCA since she joined its board of advisors in 2002, will help oversee the transition during the next six months. After the consolidation is complete, MoCCA’s board of trustees will dissolve and Abramowitz will walk away. Although she regards the deal with the Society as a godsend, she said, “I’m also sad. I’m going to miss being involved. But it’s what I want to have happen for the museum.” 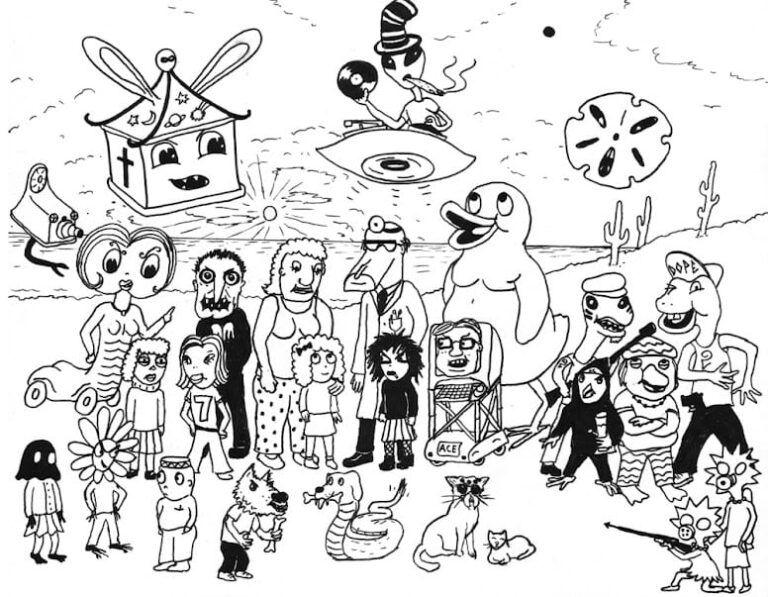 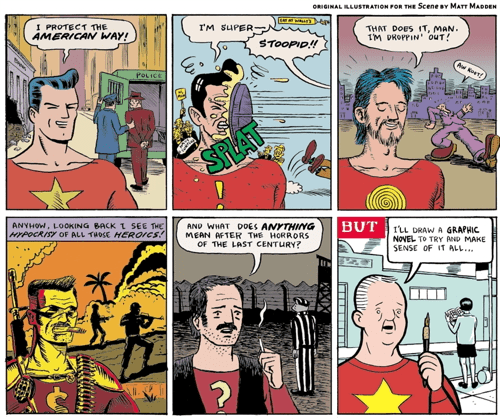