Today, we are republishing an interview with the inimitable Dame Darcy, conducted by Darcy Sullivan, which originally ran in issue 171, from 1994. Here's a sample exchange, in which they discuss her experiences with spirits:

DARCY [SULLIVAN]: Did you still see ghosts when you were 12?

DAME DARCY: OK, here’s what happened. There was this old woman’s barn across the alley and we had this clubhouse up there. The ghosts were living in the barn. See, they weren’t living in the barn until I called them into the barn, and then they wouldn’t go away.

DARCY: What would they do?

DAME DARCY: They would make the room ice-cold in the middle of the summer, when it was like 90 degrees. It would be like a freezer! Because ghosts are freezing cold. I’d opened a porthole for them to come through, and now they’d come through and I didn’t know how to handle it. I was only 11 and I didn’t know how to deal with it. Later on, when I was 17, they tried to possess me. It was really scary. [Laughs.] See, I constantly see and hear things, and some people might say that I’m crazy and I’m delusional. But I am not. They are always there, it’s just that some people can see them and some people can’t.

DARCY: Were these ghosts dead people?

DAME DARCY: Of course. They were children who had died early.

DARCY: They were all kids?

DAME DARCY: They were between 4 and 13. One of them tried to make my lungs stop one time and that was really scary. The ones that tried to possess me later weren’t the same ones. The four-year-old told me that if I stood with my back to her and took a mirror and looked over my shoulder, I would see her reflection in the mirror, and that way not only could I hear her but see her. I didn’t do it, because I was too scared.

I found out this later: Where I would hear them talking was in the back of my head, not the front of my head, where your thoughts are. At school I found out that’s where the [sense of] sight is. I found this out when I was 14 and I said, “Oh, my God, that makes so much sense!”

—Interviews. Darling Sleeper has a little talk with Simon Hanselmann.

—News. A parent in Rio Rancho, New Mexico has complained to school officials after her son checked out Gilbert Hernandez's Palomar from his high school library. The CBLDF has more.

Philip Nel guides you through a bunch of recent news regarding Dr. Seuss.

—Reviews & Commentary. Eric Liebetrau writes about Roz Chast's Can We Talk About Something More Pleasant?

I haven't listened to the Comics Burning in Hell episode about Scott McCloud's The Sculptor yet, but based on what I've heard from Tucker Stone, it should be a particularly entertaining one.

Mike Sterling looks at how the DC Star Trek comics handled the absence of Spock between movies. RIP Leonard Nimoy. 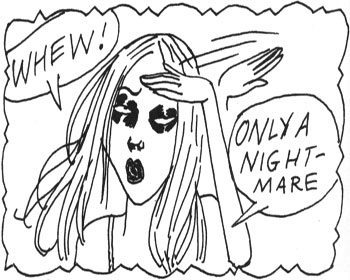 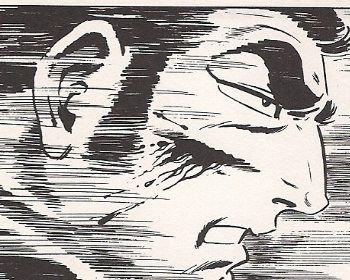