Do you consider yourself a cartoonist? What led you to creating your “Samplerman” persona?

I am a 46-year-old cartoonist. I’ve been writing and drawing comics for more than 25 years, without any popular success, I have to admit—perhaps because of a lack of self-confidence, not harassing publishers enough, taking no answer for a “no thanks,” and no longer posting my pages (lots of improvised and unfinished stories) on my obscure blogs.

I have always chosen the DIY way to make my fanzines and minicomics: it is affordable and it mostly requires commitment and time. Due to lack of feedback, I’ve felt discouraged from time to time. Sometimes I can’t believe that I’ve kept doing this for so long instead of finding a real job…

I’ve been obsessed with comics all my life. I would have liked to be a comic strip cartoonist, but that career doesn’t exist in France. The conventional formats here are the hardcover, annual 44-page book or the black and white, 300-page one-shot graphic novel. I’ve always been attracted to arts of all kinds: poetry, radio, cinema, animation, the avant-garde, experimentation and the borders of communication. I’m also drawn to abstraction, distortion, destruction, surrealism, sociology and politics. Most of my past comics are kind of absurd and meaningless (nonsensical, to say it nicely). At the end of the day, whatever I am doing, the path from a panel to another has become for me the ordinary way to explore this alternate reality (comics) where I feel at home. So yes, I think am a cartoonist; a weird cartoonist.

Hence the question could be: “Are the Samplerman pieces strictly comics?” I would answer: “Depends on how restrictive your definition of comics is.” If the reader considers certain of my “stories” just as a sequence of panels without any logical connection, I am fine with that, but my works are at least a failed attempt at doing a story from a cartoonist’s neurasthenic brain.

And Michel Dooley remembers Jay Lynch and Skip Williamson with an image-heavy post. 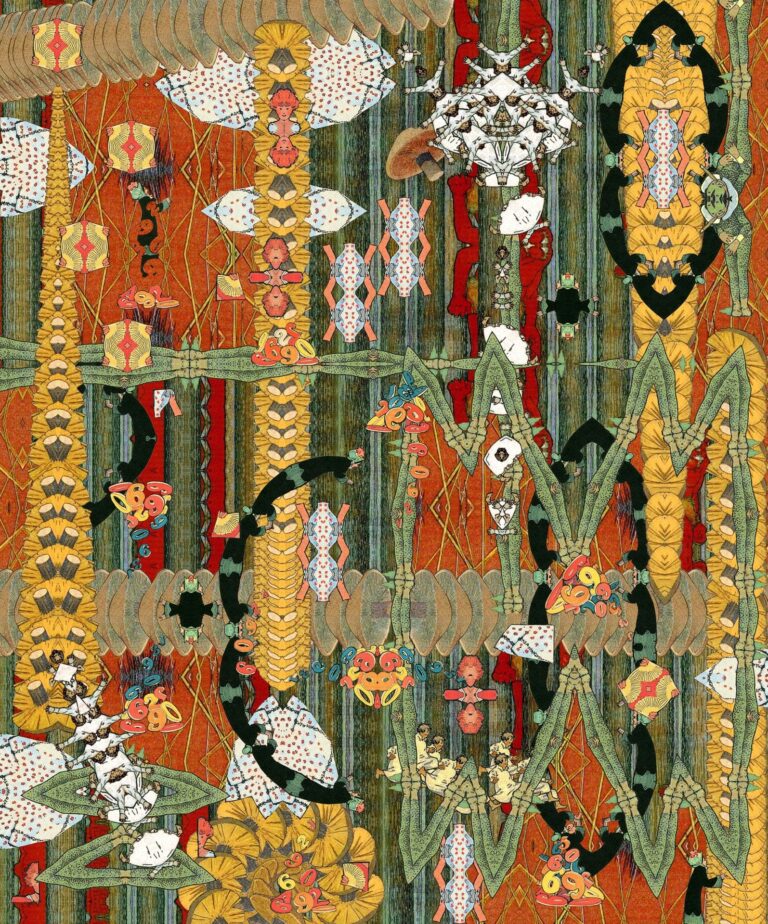 An Interview with Yvan Guillo/Samplerman